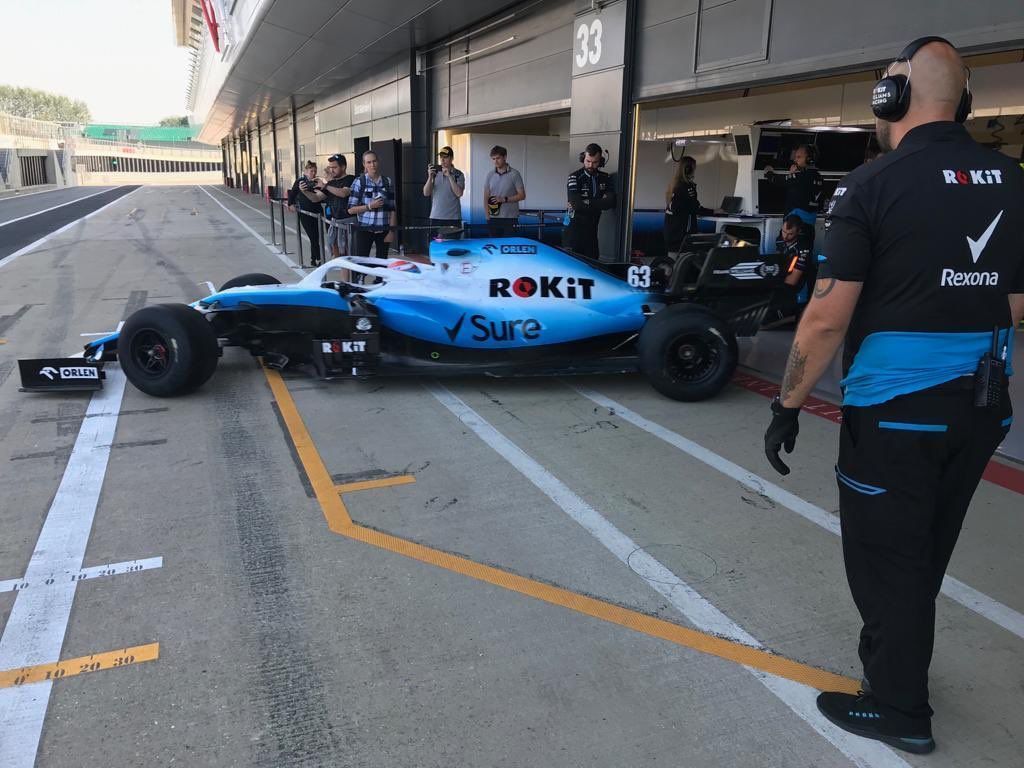 Sebastien Buemi drove for Red Bull Racing as they along with Williams completed the latest test for Pirelli Motorsport, running the 2020 F1 tyres.

While Red Bull had its second run to be testing the 2020 F1 prototypes for Pirelli, Williams had their first at Silverstone after the end of British GP as both its regular drivers drove the car to gain more mileage which will help them push on with their campaign.

They cannot run or test updates on their cars but they can still gather as much data. George Russell was on duty on Day 1 on Tuesday as the British racer completed 98 laps, while Robert Kubica took over for the second day on Wednesday.

The lap count for the Polish racer wasn’t put up individually after Formula E racer Buemi had an off in the Red Bull car, which cut short their day. Pierre Gasly drove on Tuesday as the Frenchman completed 102 laps to make it 200 for the day.

Fresh from his New York Formula E race, Buemi got the chance but as mentioned above, an off hampered his run. In all, Kubica and Buemi did 158 between them, with the grand total of 358 laps for Pirelli in the two days running the slick 2020 prototype.

This is the fifth and penultimate test scheduled by the tyre manufacturer to test the new compounds with the next one to take place in September at Circuit Paul Ricard, where only Mercedes will run. It will be the German outfit’s first time running the 2020 compound.

Pirelli is also expected to test the 18-inch tyres in September with Renault, the date for which hasn’t been announced. But with Mercedes already running in a standalone date, it is possible that the Italian tyre manufacturer has Renault running as well.

Pirelli evaluating using 2020 tyres in 2019, teams say no to multi-suppliers