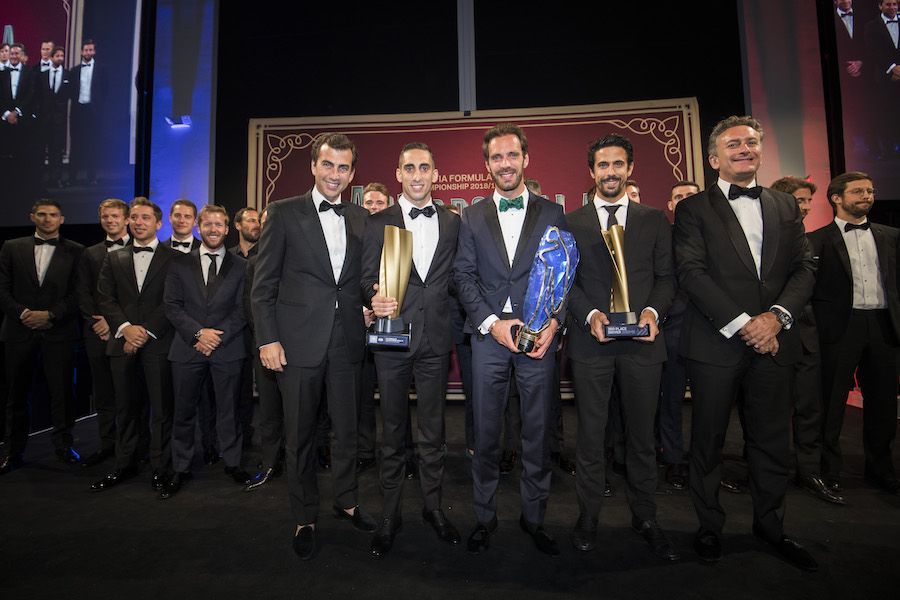 With wins for Nissan e.Dams’ Sebastien Buemi and Envision Virgin’s Robin Frijns in the 2018/19 Formula E season-finale in New York double-header, the year came to an end with the post-season awards ceremony where many were recognised for their performances.

As known, Vergne and DS Techeetah took their respective Formula E titles for the drivers’ and the constructors’ championship. In addition, Nissan e.Dams’ Buemi took the second place trophy, while Audi’s Lucas di Grassi took his third place one.

On the teams’ side, while Mark Preston took the award on DS Techeetah’s behalf, Allan McNish took the second place trophy on Audi’s and Sylvain Filippi took the third place on Envision Virgin’s. Apart from the regular ones, there were five other trophies.

The Climate Champion Award, which is given to the outfit which promotes the adoption and development of electric mobility to raise awareness and tackle inner-city air pollution, went to Jaguar Racing as team boss James Barclay collected the trophy.

The British outfit via their EV100 program together with Climate Group have taken good step in the initiative. Moving into the on-track action, Nissan e.Dams’ Buemi was handed the Best Qualifier award for his three poles and regular Super Pole presence.

The Wow Moment of the Year went to Audi’s di Grassi for his superb win in Mexico City EPrix in the dying moment of the race when he passed Mahindra Racing’s Pascal Wehrlein on the finish line. The remaining two trophies went to Mahindra.

Alberto Blanco took the Modis Engineer of the Year award for his behind the scenes work, while the Best Social Media activation award went to the Indian outfit’s PR team for its ‘Formula E goes to Bollywood’ campaign, which got the whole paddock involved.