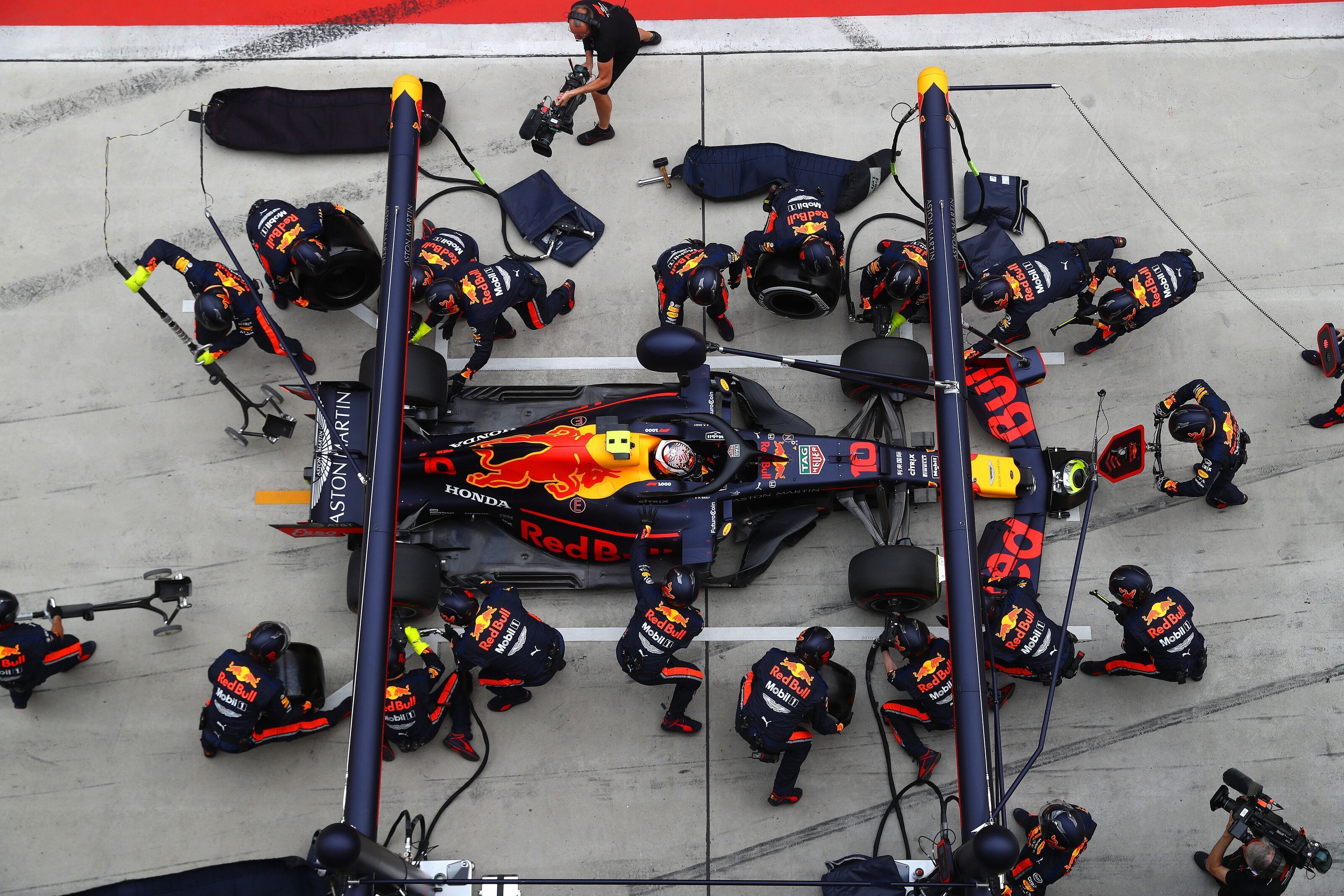 Pirelli Motorsport’s Mario Isola says they are evaluating if they can use the 2020 tyres during 2019 as F1 teams share their views on the multi-suppliers.

The 2019 Pirelli F1 tyres was another hot topic in the last few weekends as certain teams felt the need to switch back to the 2018 tyres as they struggled to eke out performance. It was a deadlock in terms of votes which meant the tyres wouldn’t change.

One of them was for Pirelli to bring in the 2020 tyres in the latter part of the 2019 season, not just for Friday testing but if possible, for the whole weekend. “It is possible because the current regulations allow us to do that,” said Pirelli’s Isola.

“So we can supply two additional sets of prototype tyres for evaluation during Friday. And there was also the discussion to slightly change the regulations to understand if different tyres can be used during the race weekend, not just in free practice.

“This is a completely new idea and it has to be evaluated and discussed and the FIA should come with a wording to propose but we are open to evaluate that, but if we also have the opportunity it is a good opportunity to test the product for next year during the season.”

“The meeting was mainly to understand if there is anything we can do to improve the show. We know the dominance for Mercedes is not helping the show at the moment and we had a discussion of the opportunity to reintroduce the F1 2018 Pirelli tyres.

“But after analysing the positive side and the negative side the conclusion was that we want to stay on the current tyres. The meeting was quite productive; there were new ideas, new proposals for maybe the end of the season. Obviously we have to analyse that.

“At the moment they are just ideas. We will continue the discussion in the next days and maybe we come with a proposal for Silverstone or something like that. We will continue our development for 2020 Pirelli F1 tyres though.

“The main target is to have a wider working window for next year’s compounds. We will test new compounds, new philosophy, new types of compounds in order to achieve this target, in order to finalise the new construction for next year – because the current cars are really faster and faster.

“So, that means they are putting more energy into the tyres and we have to cope with this energy and all the modification of the construction is to make them work better, and the compounds to have a wider working range and no issues with the aero map, and no blisters and overheating.

“Obviously the target is always to reduce overheating because it’s something the tyres don’t like. Safety is a target that is always there, we cannot consider a tyre that is not safe for F1. The targets are to have a wider working range and less overheating for next year.”

Talking about the complaints for this season, Isola reiterated that Pirelli worked on the things which they were not only asked by F1 but by the teams and drivers. Overheating and blisters were a huge issue which is what they have tried to reduce.

“We made a product in line with the requests coming from F1. Don’t forget what happened last year: the drivers were complaining about overheating, and if we go back to 2018 tyres we go back to overheating, to blistering, and all the different stuff.

“So what is clear to us for next year is to develop a wider working range in order to have more teams that are able to use the tyres better. I am very confident that for the second half of the season most of the teams will learn how to use the current tyres.

“Because it’s always a learning curve. Every year it was the same. Going back to last year’s tyres on the technical side was not the right decision and I’m happy that five teams recognised that and voted against the change.

“On top of that we are very happy to work together with the teams, the drivers and FIA and FOM to find a better solution for the sport as we did in the past and as we have always done. Provided that safety and the image of the company are protected.

“If this is not the right direction then let’s change the direction, but we need to agree what is the direction, because at the end of the day we make one tyre for everybody, not get customised tyre for any car.”

No discussions about the tyres is done without the question about having multi-suppliers like at a time in the past. The FIA did open tenders for the new contract with Pirelli, Michelin and Hankook interested but the latter two couldn’t prepare for two different rims.

Elaborating more on whether it is good or bad for the sport to have multi-supplier, Isola gave his view as a tyre supplier. “You know everybody is talking about the budget cap and multiple tyre supplier means a lot of cost more,” he said.

“Don’t forget when we had the multiple tyre supplier, the top teams had a specific test team just for tyres and introduction of new tyres, new prototypes every race so it’s a bit against the philosophy of having a cap on the budget.

“But if this is the decision of the sport, we will evaluate that as we told you in the past and obviously with a different approach, it’s a lot more about the performance and other stuff rather than the same product to everybody.

“And with the characteristics which are decided by the famous target letter. Or we can try to find different values in that document to enhance the show. Maybe it is possible. We are working with the FIA and FOM in order to have different numbers for the future.”

Racing Point’s Andrew Green said: “I think multiple tyre suppliers goes against the whole ethos of trying to compress the grid and improve the show. You are going to end up with the haves and have-nots with respect to tyres.

“Currently we all have the same tyre and we can all do the same job, up and down the grid. I think the team that does the best job with the tyres should be rewarded for that so I don’t think that’s the right way to go for the show, to be honest.

Red Bull Racing’s Paul Monaghan said: “In the current generation of F1 then multiple tyre suppliers don’t really fit with the model. We don’t go tyre testing every week and tyres per se are not a prime performance differentiator.

“So, at the moment our current working philosophy, if you like, is to have a single supplier. It would change everything that is on the table now and I believe plans for the future if we were to bring in multiple suppliers and I don’t if you would close the field up or spread it out in that circumstance. At the moment, we’re not really equipped to go down that route.

McLaren’s Andreas Seidl added: “I think we should also not forget that even in the years of the biggest tyre war, sometimes we had a total dominance of one team throughout the entire season so I’m not convinced that this is the solution.

“I think it’s simply important now that between the teams, together with the FIA and FOM that we have, let’s say that we take our time to really define clearly what is the target letter for the tyres for next year and for ’21 and I think that’s the way to go, to be honest.”