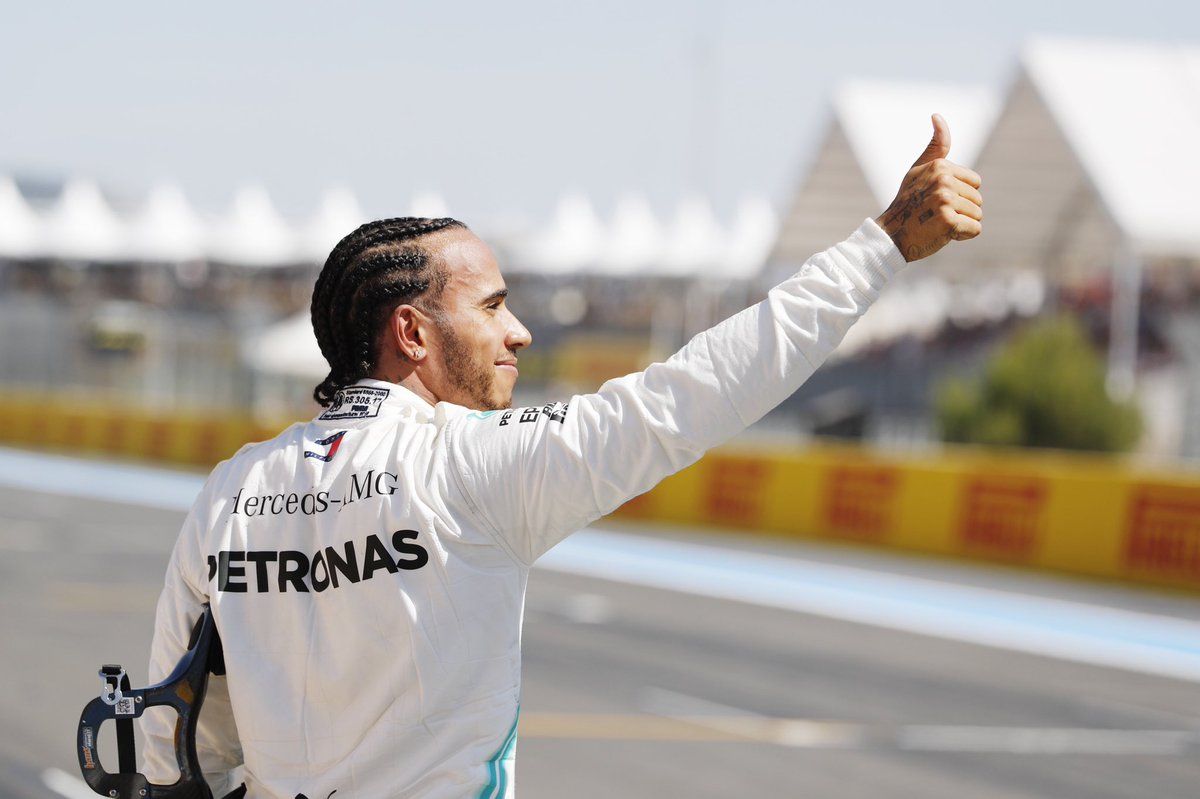 F1 head Ross Brawn reveals that Mercedes’ Lewis Hamilton will be part of the next three meetings to talk about the 2021 rules and regulations.

Off-late, the reigning F1 champion Hamilton has been quite vocal about the competition and future of the sport, even to the extent that he along with Nico Hulkenberg and GPDA leader Alexander Wurz attended the last World Motor Sport Council meet in Paris.

Whether the F1 Canadian GP or the French GP, Hamilton has spoken a lot about the changes, which his former boss Brawn has greatly welcomed. He feels Hamilton’s inputs will be valuable to the team working towards the changes to come from F1 2021 onward.

The definite rule was to be done and dusted by end of this month but has now been postponed to October end. “Hamilton was also the main player in the post-race interviews, above all for his statements about the rules of F1,” wrote Brawn in his column.

“I’m happy Hamilton has confirmed his willingness to make his own contribution in the coming months, and we can’t wait to work with him, particularly in each of the three meetings now scheduled. We know well that F1 needs to make an important change in direction if it wants to maintain its position as one of the most followed sporting spectacles in the world.

“All of the key stakeholders – ourselves, the FIA and the teams – agree on the objectives and there is broad agreement on the major principles, such as the introduction of the budget cap and a fairer distribution of the revenue, while on the technical aspects we, and the FIA, have worked together with engineers from all the teams.

“It will be great to have an input directly from the drivers. Now we have to refine the details and we are happy that Lewis has expressed his faith in the work we are doing, including on topics such as new circuits.

“For example, the new circuit in Vietnam has been specifically designed to create the conditions that promote spectacular racing and good passing moves. The door for drivers has always been open and it’s a pity that so often in the past this opportunity has not been taken by all the parties, and it is great to see this new initiative.

“Luckily, today we can now count on having a driver of huge experience as a member of the World Motor Sport Council in Felipe Massa, the FIA-CIK President, who can also make an important contribution. To sum up, Lewis, we are delighted with yours and all of the drivers contributions.”

Like in the Canadian GP, Hamilton was on it after a lackluster French GP with his comments as he was blunt to state that the drivers shouldn’t be held for the kind of races on track – they do what they get, he said as he laid the blame on the rule makers.

He was asked multiple questions about the show and like we did in Canadian GP, here’s a full length Q&A from his side of what Hamilton spoke:

Is there any part of you that thinks about – or doesn’t think about doing showboating. I’m talking the likes in other sports where you see sports starts almost taking the mickey out of their opponents, like pulling over, slowing down, letting people catch up – or are you constantly fearful that you’ve got to be there to hammer home the lap times and try and keep that gap as big as possible?

Hamilton: First, I don’t hold fear in my heart. I just focus on trying to be great and improve as a driver. So it’s nothing to do with fear. I don’t think I’ve ever been one for showboating, so I think, with the world that we’re in today, you can’t win and you lose either way you do it. People having an opinion about one way that you do it or another. I prefer to just keep my head down and keep chipping away at things. Naturally I would love… I really enjoyed the last race and races like that. I’ve never made it a secret. That’s the races I think in general people enjoy most. And, of course, these ones are not the ones that people enjoy the most – but I think it’s really important for people to realise it’s not the drivers’ fault. This is a constant cycle of Formula One for years and years and years, even before I got to F1, and it’s because the way Bernie had it set up and the decisions they were making back then, it’s still the same. Until that management structure changes, it will continue to be the same, in my opinion. That’s not my job to do that. My job’s to come here and do the best I can as a driver.

You led every single lap, these guys are doing their best but it’s just the sport we’re involved in at the moment. You know it, I know it, we all know it.

Hamilton: Yup, but instead of – and I don’t know if you do – but when you write the story and you say that… if you say that it’s boring… no, but if you do, I totally understand it and I remember growing up watching. Don’t point the fingers at the drivers because we don’t write the rules, we have nothing to do with the money shifting, all that kind of stuff… should put the pressure on the people that are at the head, who should be doing the job. I think they are trying to but for many, many years they’ve made bad decisions. Do I have confidence that it’s going to shift massively? I have faith that it’s going to get better, I really, really hope so and to the point that I went to Paris last week to get involved. I was in that meeting, watching all the bosses of F1. I think there was the FIA and all the F1 teams, and trying to get involved in… I have nothing to gain by it by being there but if there’s anything I can help… they’ve been making all these decisions and never once had a driver’s input in that room, so if that can be the decisive point that helps shift it and the fans can get better racing, I will be proud to be a part of that.

Lewis, just to pick up on what you said about going to the FIA meeting and the summit. What did you learn from it? Did you go there with a sort of expectation in mind of what you wanted to get out of it or were you there just to observe, listen and how much did it encourage you about 2021 and beyond?

Hamilton: What happens behind closed doors… obviously I can’t say a huge amount about it but it starts off with the fact that for the first time all the drivers are united, so the GPDA, which obviously started a long, long time ago. We have Alex Wurz who runs it for us because he has a little bit more time than we do and he’s a great spokesman for us but we all sit together in a room, particularly after the drivers briefing, and we talk about the issues. Then they bring up the rule sheet and what the things… and we are basically trying to get in the door and trying to be a part of it, and for many, many years they have not wanted us in that room, which I guess is why it’s never happened, because they’re engineers and they’re the guys that make the decisions and we’re just drivers. But the fact is we know how the car feels and so we have good positive criticism and negative criticism that can only help influence a decision. You can’t make a rule change about something without having all the facts behind it and what effect it will have and so… Anyway, so we just go in there to try and be a guide and if we can be a part of the rudder when they come up with an idea we can say actually that would feel terrible in the car and they would be like ‘oh really.’ Was it encouraging? It was encouraging that they allowed us to be there and they were really, really welcoming, which was great, and I’m hoping that they will continue to have us there, some of us drivers or a couple of us drivers each time. They’ve extended the decision of making the rules. I think they need to because they’re nowhere near where it should be in my opinion and they’ve got to make some serious changes to the decisions that they’ve already made of how 2021 should be. But what I’m encouraged by is that Ross and his team are working  – for the first time – on a real aero package that hopefully will have an impact on following, for example. But as I said, the cars going heavier is not a great thing. We need to get the cars lower, I think. People really enjoyed the speed of the cars between the early 2000s I think it was. It still needs to be F1, the pinnacle of sport and the fastest cars that there are around the world. So hopefully we will be part of it, hopefully we can make a real cool change and it’s not only that, it’s the format of the race weekend that maybe can shift a little bit for the fans, it’s how we bring the fans in, it’s all these things which can be better.

Hamilton went for F1 fastest lap despite Mercedes advising against it

Tost rubbishes that F1 is not exhaustive, adds drivers fittest in current era