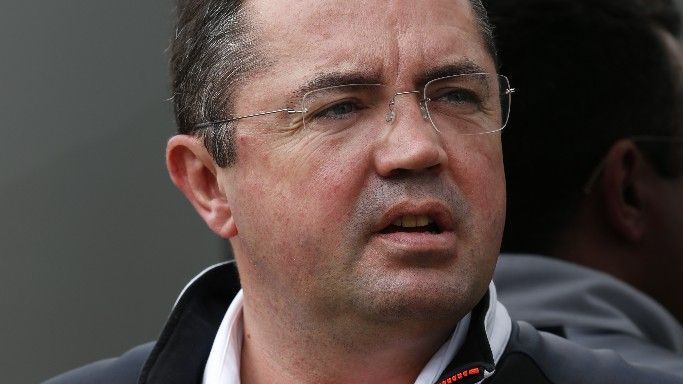 Mclaren’s race director came out on a bad first day of Mclaren in the pre-season tests. It was a faulty wheel nut who caused the Fernando Alonso incident on the morning of the first F1 pre-season tests. The pressure on the Woking team is so great that the criticism has not been slow to arrive. Zak Brown came out at the press conference before the break at midday and Boullier had to do it after the restart of the session.

The main theme was Fernando Alonso, who monopolized the journalists’ questions. The first question, in line with what Zak answered about a possible retirement of Alonso in the English team: “We are very happy to have Fernando in our team and if he wants to finish his career with us, we will also be very happy.”

He was also asked about the decision to let him run in the WEC: “If it was too tired, we would not let him do it. Last year he already made a race out of F1. He is a competitor and wants and needs to compete most weekends”, said Boullier who explained the first sensations of the Asturian driver on the new asphalt of the Barcelona-Catalunya Circuit: “Alonso has compared the asphalt with the one of Russia last year, with more grip but a little sliding. You can put the car to the limit, but also lose it very easily.”

He did not like it that much when he was asked about a possible departure of his star driver if the results do not arrive: “We are only on the first day. Can you wait a few months at least?” answered the director of Mclaren races bluntly. Despite the accident, he says that the car is in good condition and that it is not a problem with the design of the wheel nuts: “The car is fine, good balance, we have a new package, new parts to arrive… Alonso was happy”.

He was also asked about his union with Renault, which highlighted their good relationship: “We expect a lot, but we do not want to make any prevision either. First we have to know where we are. We are also learning how the Renault works. But at the moment all is going very well, and the relationship between the two is very good. We are very happy to work together.”

He has re-emphasized the work done by his team to fitting the Renault engine in the Mclaren chassis: “We had to modify several parts of the car to adapt the Renault engine to our chassis and there is still work to do and we need time for it“, said Boullier, who answered like that when he was asked about the difference between becoming a customer team: “We believe that Renault’s experience with another team makes things easier for us to work and design our car. The relationship with Renault is different from the one we had with Honda because now we are a customer team more”.

Although a good part of the questions were addressed to Alonso and Renault, Stoffel also had his role in the press conference: “His second part of the season was good and we hope he can drive the maximum possible laps during these days so that he gains more confidence and experience to start the season in an optimal state”.