Mercedes’ Valtteri Bottas ended up as fastest on Day 2 of Bahrain F1 Test ahead of AlphaTauri’s Pierre Gasly and Aston Martin’s Lance Stroll.

After the troubles on Day 1, it was slightly better on Day 2 of Bahrain F1 Test, with no sandstorm to affect the running. It was still windy which made life tricky for all of the drivers, as Mercedes’ Bottas ended the fastest with a 1m30.289s (C5) lap.

It was a late improvement from Latifi in the afternoon session as the Canadian had a spin at Turn 7 in the morning running. Also, Perez caused a red flag in the second session while dueling with the Canadian, when his engine cover flew off on the main straight.

The two F1 champions saw trouble, where the former caused a red flag after he spun onto the gravel trap. As for the latter, he was sidelined in the garage due to gearbox trouble, with the team needing time to replace it. 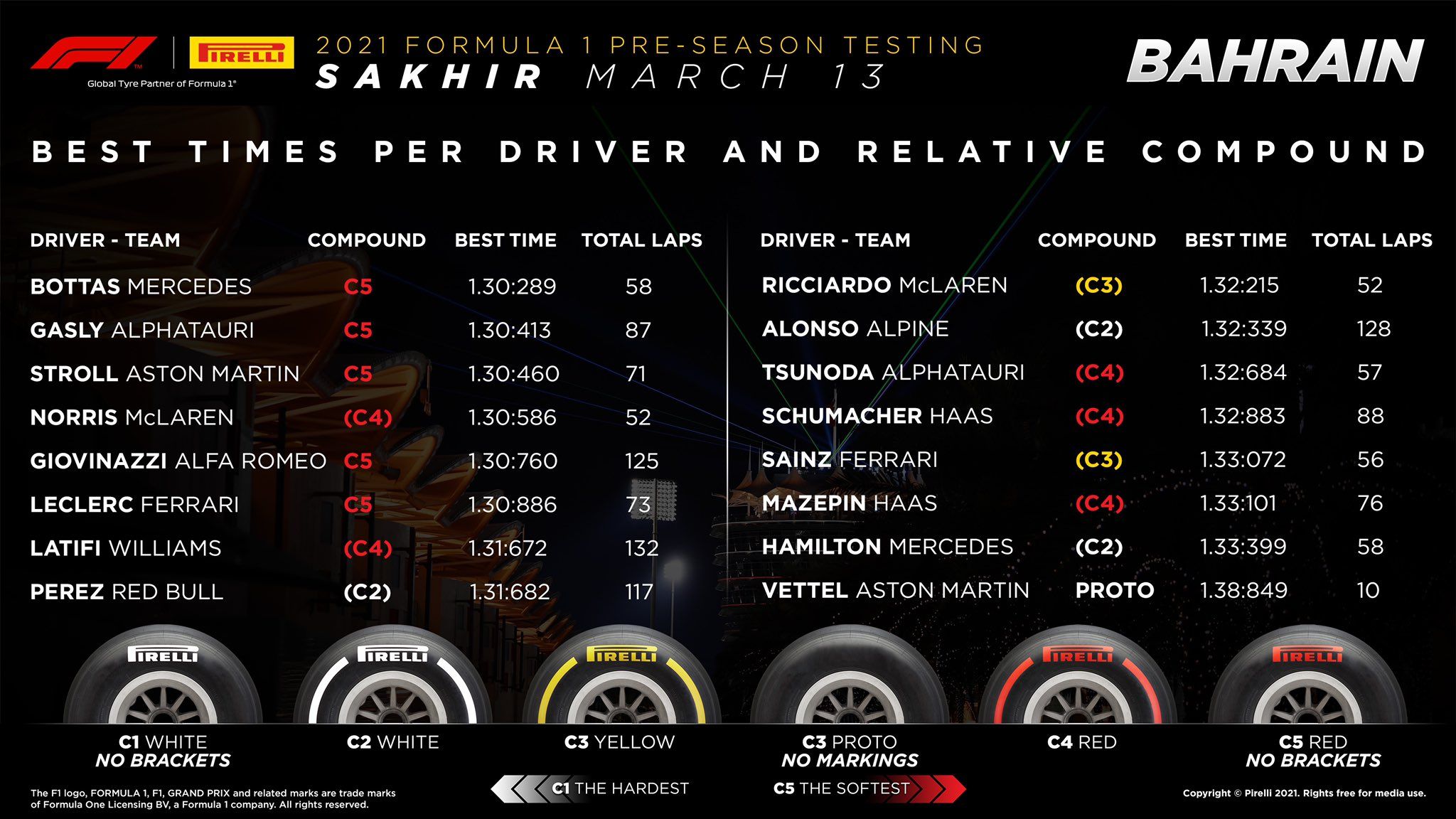 Here’s how Day 1 of Bahrain F1 Test panned out