Red Bull Racing’s Max Verstappen was fastest on Day 1 of Bahrain F1 Test ahead of Alpine’s Esteban Ocon as sandstorm hampers running in the afternoon.

While things were a bit smooth in the morning at Bahrain International Circuit to start the 2021 F1 pre-season testing, it turned to worse in the afternoon with the sandstorm, which limited the running for most of the drivers, whereby only few managed to have few laps.

Verstappen had an spin in the morning session, but it was harmless as he managed to continue, with Aston Martin’s Lance Stroll (1m31.782s, Prototype) slotting in fourth ahead of Ferrari’s Carlos Sainz (1m31.919s, C3). The Spaniard had a moment too.

The Top 10 was rounded out by Mercedes’ Lewis Hamilton (1m32.912s, C2), who caused a late Virtual Safety Car period after an off at Turn 10 and then also at Turn 1. The former corner caught out Norris too just after the seven-time F1 champion did so.

The table was rounded out by Mercedes’ Valtteri Bottas (1m36.850s, C2), whose day was cut short after the team found a gearshifting issue. Not only the manufacturer had to change the gearbox, even Haas were forced to do so after hydraulic issue. 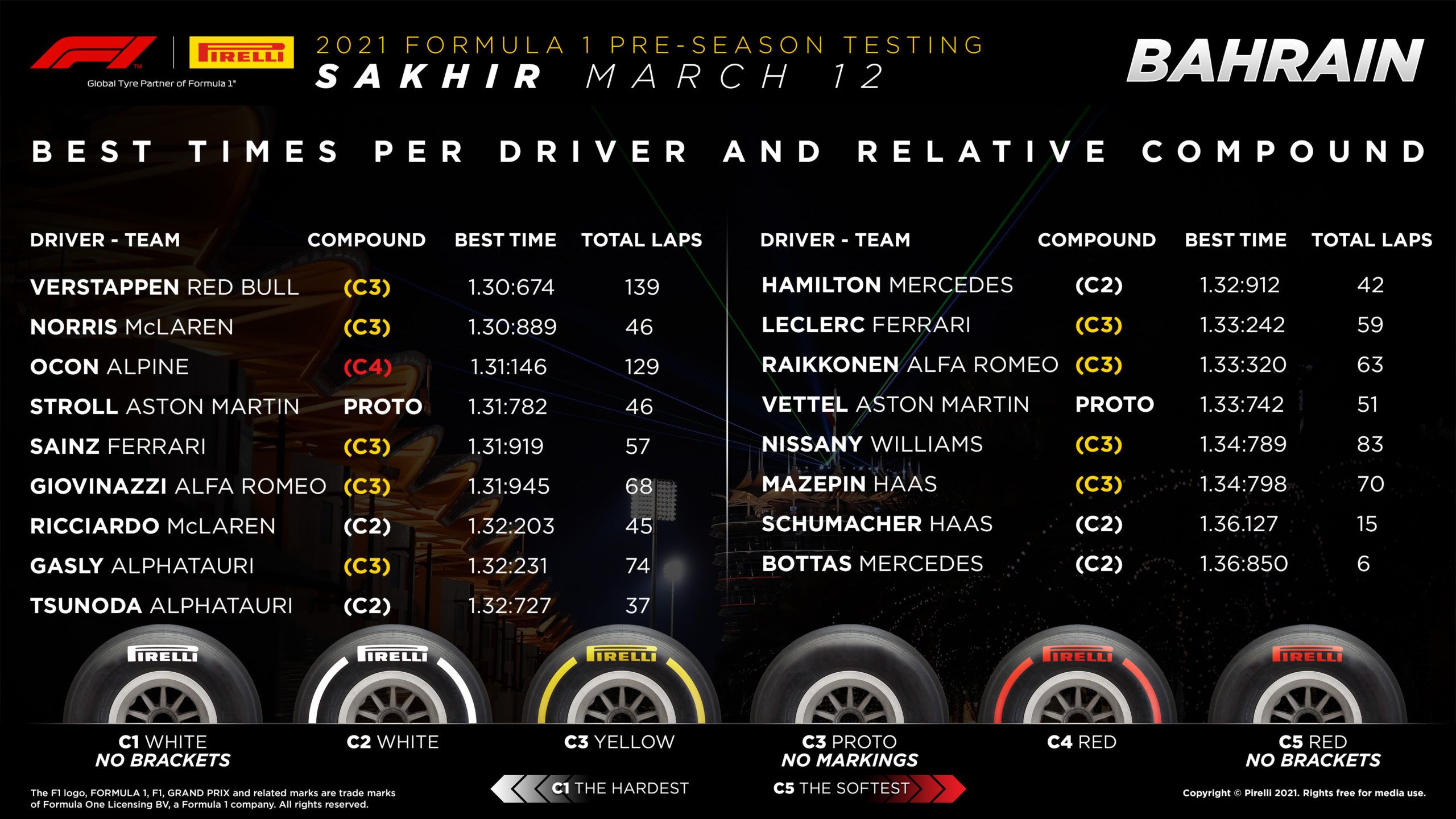