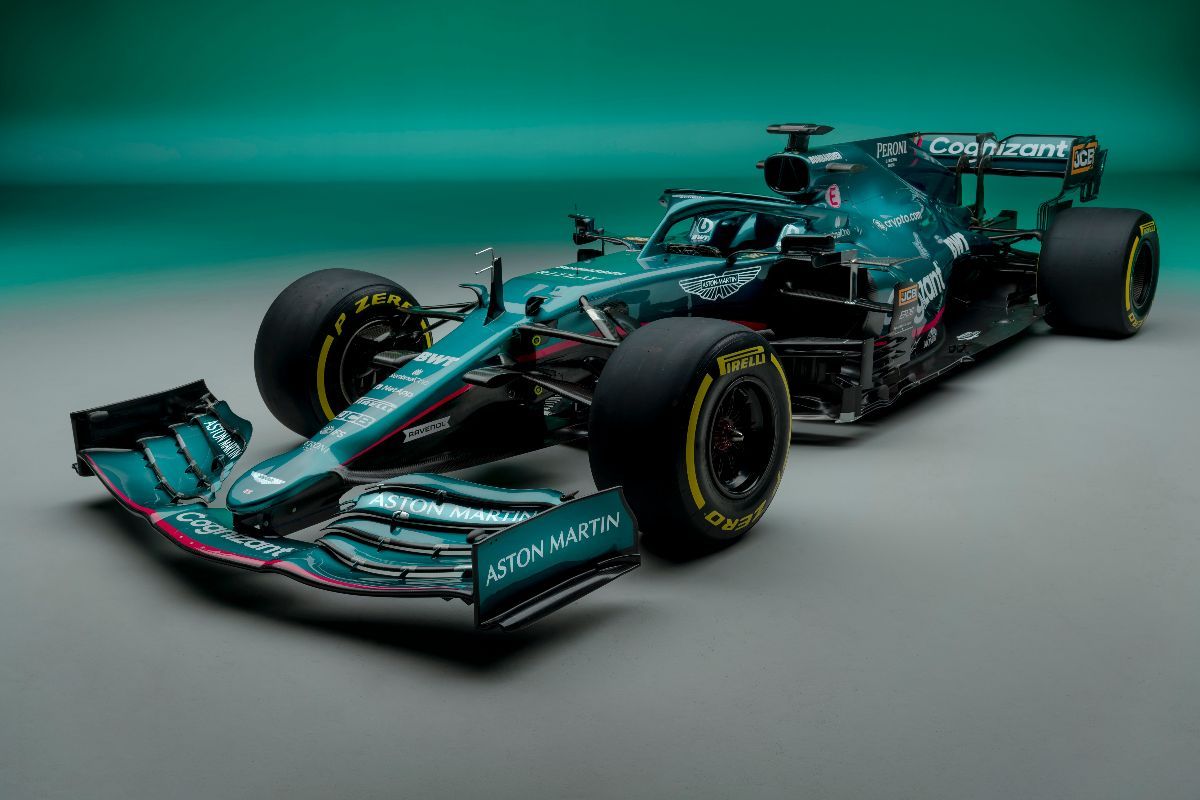 Aston Martin has kick-started its new F1 journey with its 2021 online launch in the presence of the team officials and drivers Sebastian Vettel and Lance Stroll.

Just after the launch of new-look Alpine – moving away from its Renault identity – Aston Martin is the second F1 team to unveil its brand new look as it sheds the Force India and Racing Point life, to step into its new shoes of being a private manufacturer entrant.

It is similar to how McLaren operates, with both the F1 teams using the Mercedes engine. The iconic road car brand starts its new journey in the sport, with its official launch, showcasing the 2021 livery – the British green combined with yellow and BWT’s pink.

The online launch event had Vettel and Stroll very much present alongside the team officials, including co-owner Lawrence Stroll. The two drivers will be at Silverstone for a filming day run on Thursday to have their first track run.

“I have dreamed about this day for a very long time,” said Lawrence Stroll. “I have always been a car guy, since I was a child. I have always loved racing, too. My first dream was to own a Formula One team. My second dream was to acquire a significant shareholding in Aston Martin Lagonda. Today is about the merging of those two dreams.

“So, as I say, today is all about dreams, and it shows that dreams really can come true, in the shape of our new AMR21. Aston Martin returning to Formula One after an absence of 61 years will have a powerful effect on the sport, the media and the fans, commanding global attention.

“This is just the beginning. The team is pushing forward, and our ambitions are limitless. We now have the pieces in place, the people and the partners, to make real progress. The launch of the new AMR21 is also the celebration of a new beginning for Aston Martin.

“Today’s transformational event has given us the opportunity to communicate the evolution of the iconic Aston Martin Wings logo for only the 12th time in the company’s 108-year history. The Aston Martin Cognizant Formula One car is our group’s highest expression of performance, innovation, engineering quality, attention to detail, and teamwork. For that reason it is natural that our new logo should make its debut on our new Formula One car.

“As for the year ahead, the core nucleus of what we need to succeed is already present and correct. I have great confidence in Otmar [Szafnauer], Andrew [Green] and all who work for them. I firmly believe we have the perfect blend of experience and youth in Sebastian [Vettel] and Lance [Stroll]. An ethos of fierce ambition and unshakeable dedication is shared by every single team member. It is exhilarating to see – and to feel.”

Among the drivers, Vettel stated: “Even though I have raced for four Formula One teams and for many years, starting a new season with a new team still gives me a sense of excitement. As a driver, I have always kept my eye on the competition and this team has consistently impressed me with what they have been able to do without the biggest of budgets. So, when Lawrence [Stroll] and Otmar [Szafnauer] approached me last year, and explained what their ambitions were, I was immediately very motivated to join the team.

“I love the history of motor racing and Aston Martin is one of the great names of the past, so it is fun to be part of their return to Formula One after an absence of 61 years.   Having visited the factory and met the senior people as well as my engineers and mechanics, I can see they are a really good group. I feel confident that, by the support Lawrence brings together with the Aston Martin name, we will make real progress together.

“I have not driven the car yet – obviously – but I think it looks great. I am really looking forward to getting it out on the track. I am also looking forward to working with and getting to know better everyone in the team, including my team-mate Lance [Stroll]. We will certainly make a big effort to deliver some good results together and have fun doing it.”

And Stroll added: “This is such an exciting time of the year. The car launch is when everything starts to feel real again, especially this year with our new identity as Aston Martin Cognizant Formula One Team. The new name is exciting for everyone and there is a massive buzz around the factory.

“I have come back refreshed from the winter break. It is going to be my third season here working with this great bunch of people, and that stability is what you need as a driver. I am at home here and I have built those strong relationships with the team now. All that stuff makes a difference when we are competing for those last fractions of a second. It is a case of knowing exactly what you need and how to work with the team to really optimise performance.

“It is all quite full-on this year, with fewer testing days available, but we have made good use of our simulation tools at the factory to help us prepare. There will be higher expectations this year for several reasons – including the team name – and I see 2021 as a huge opportunity for us to score some great results. We had real momentum at the end of 2020 and I believe we can hit the ground running this year, too.”

Here’s host of photos and video from Aston Martin: 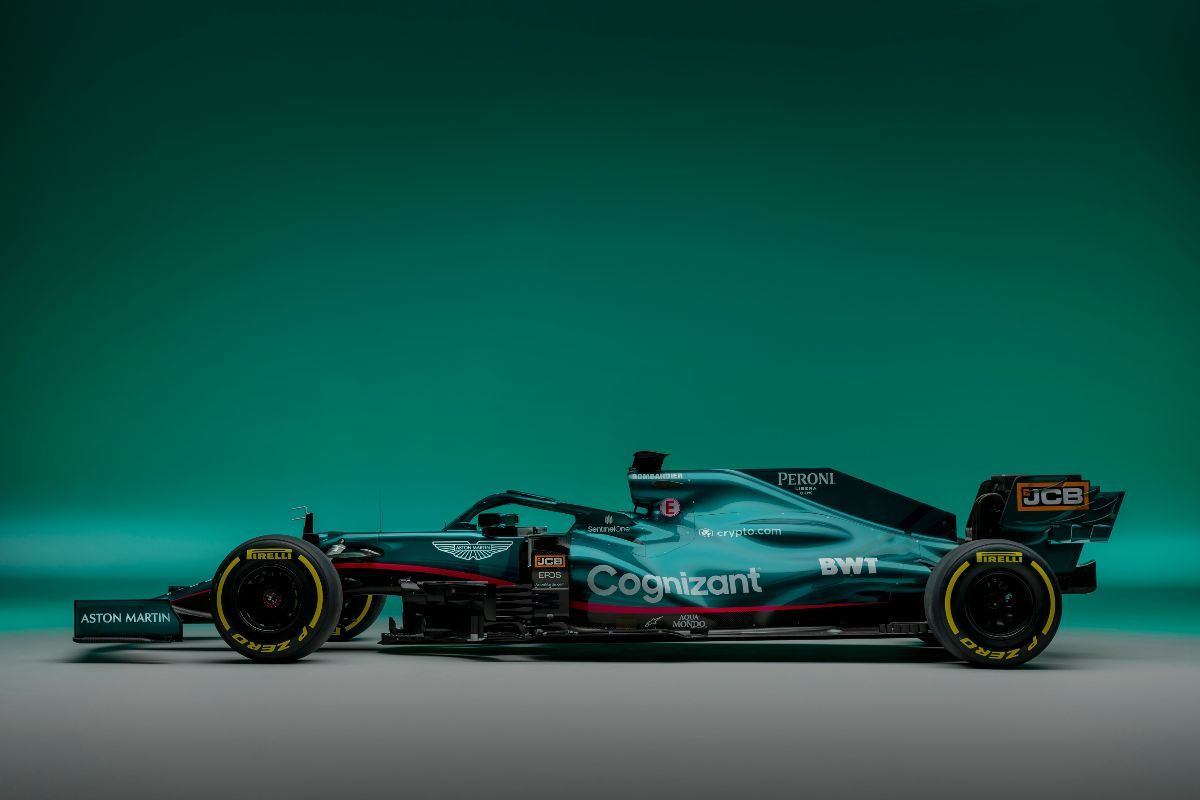 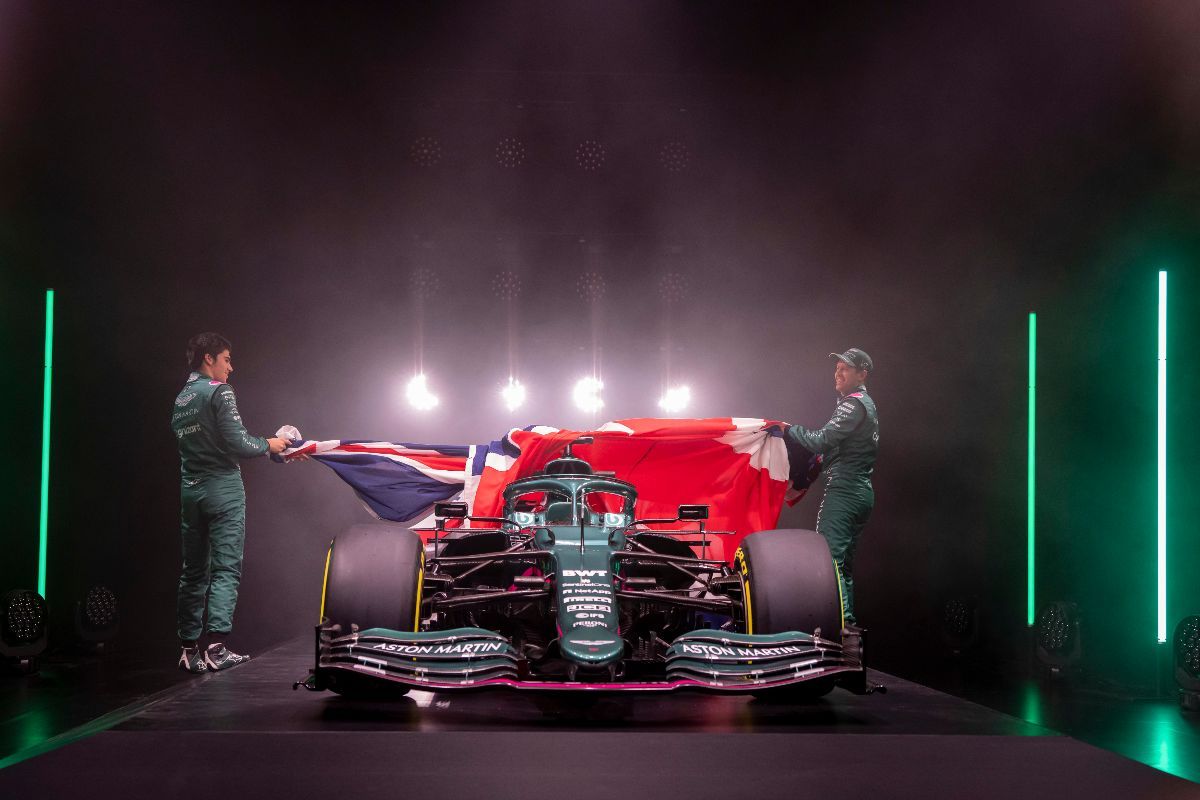 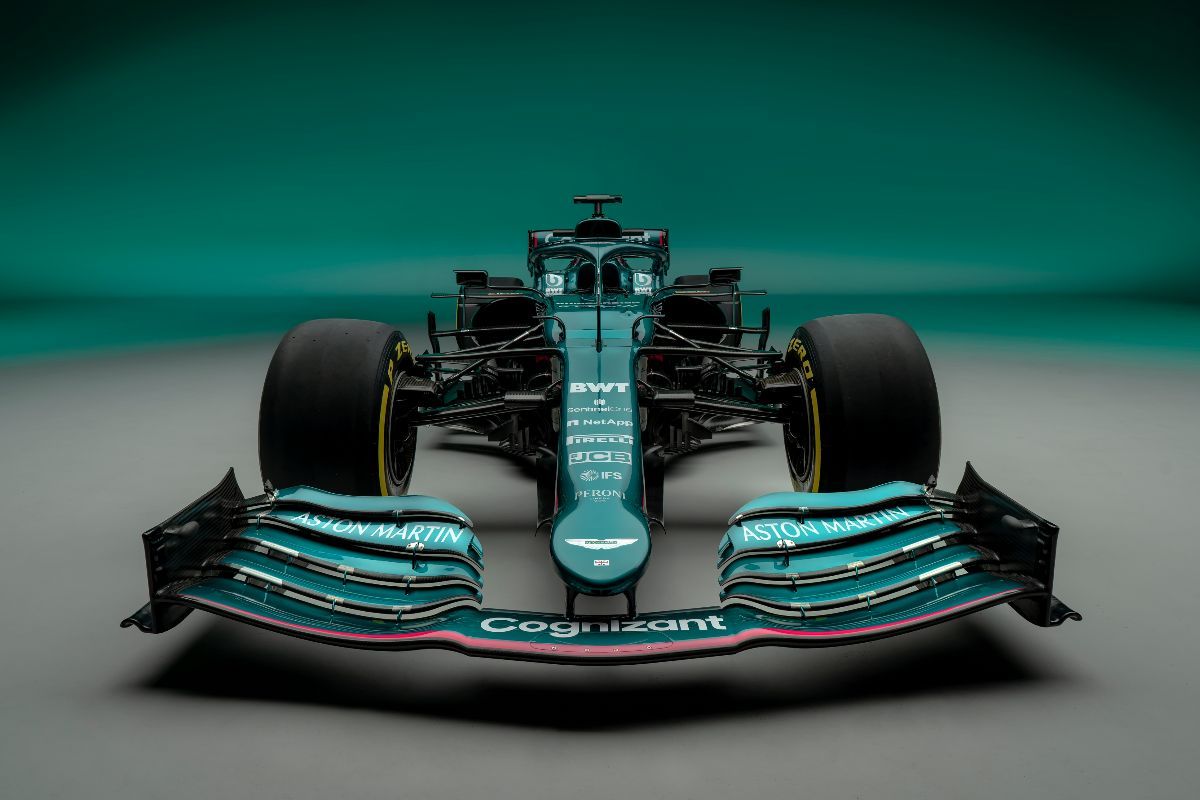 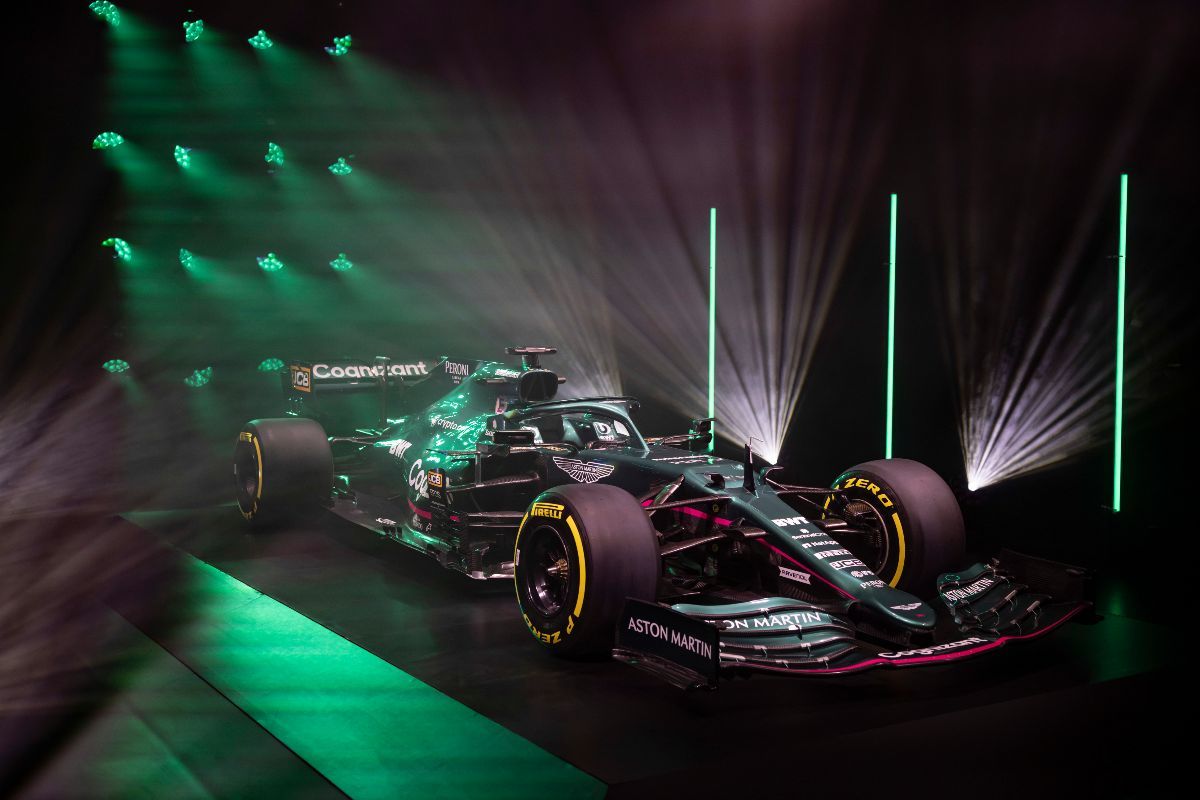 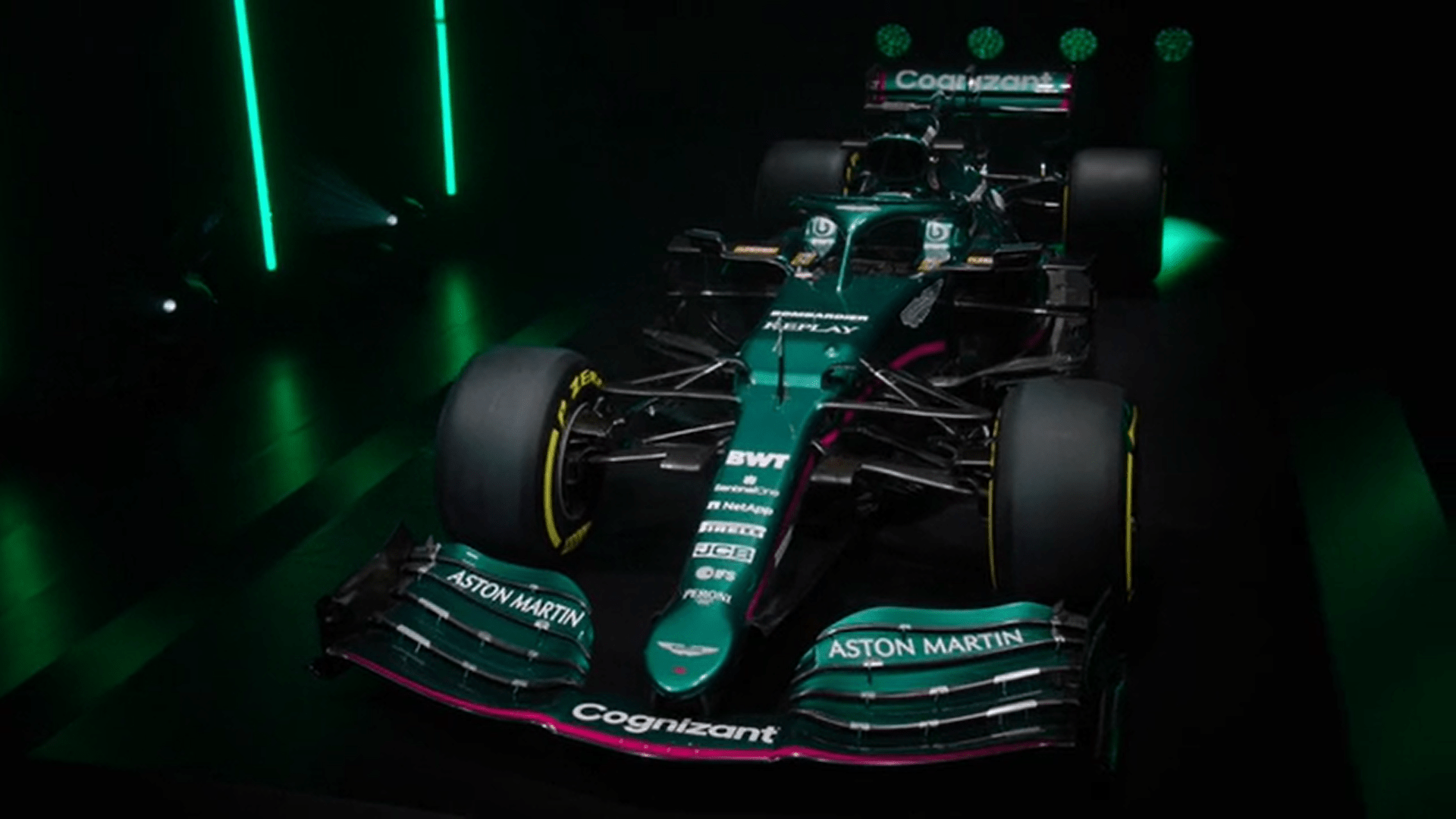 This is our story. A spirit that never quits.

Aston Martin, it’s in our blood.