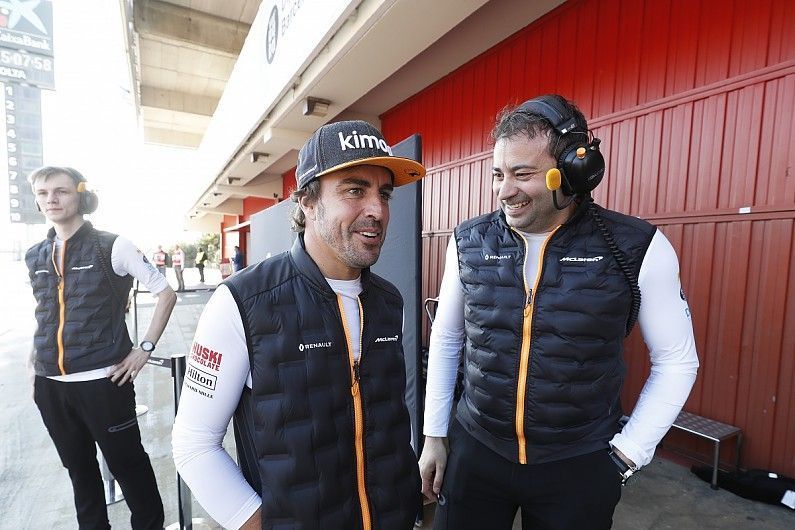 McLaren Racing has named Fernando Alonso for the Pirelli F1 tyre test at Bahrain International Circuit alongside the in-season test.

Alonso will make his F1 return next week in Bahrain with McLaren when he gets to drive the MCL34 for the first time in 2019 as part of the Pirelli tyre test programme for the 2020 season. He will share the car with Carlos Sainz across the two days.

Alonso will be the sole driver on Tuesday, April 2, while Sainz will drive in the morning session on Wednesday, April 3 with Alonso taking over then. The Pirelli tyre test is not the same as the in-season test which will see all the 10 teams in action for the two days.

The compounds as well are not marked and the car cannot have new parts for the team to test them. Bahrain is the first of six test days which Pirelli has so as to prepare for the 2020 season, with Toro Rosso also fielding a second car like McLaren.

For the normal in-season F1 test, McLaren will field Sainz in the morning session on Day 1 with Lando Norris taking over in the afternoon session. The British driver will then continue to drive for a full day on Day 2 to complete the test programme.

Ahead of the 2019 F1 season, McLaren confirmed that Alonso will be testing the car at some point of the year. However, with the tricky rules in place by the FIA and F1, it meant Alonso would end up eating the test days of the regular drivers.

But the team has opted to give track time to both of their regular drivers while smartly using the Pirelli tyre test time to get Alonso onboard. Even though, they cannot make much changes, it gives them valuable data with the Spaniard in the car.

McLaren joins Ferrari, Haas and Red Bull Racing in announcing their Bahrain test line-up in full, with Alfa Romeo Racing only naming Mick Schumacher for Day 2 so far – the German is to drive for Ferrari on Day 1 for his F1 debut.