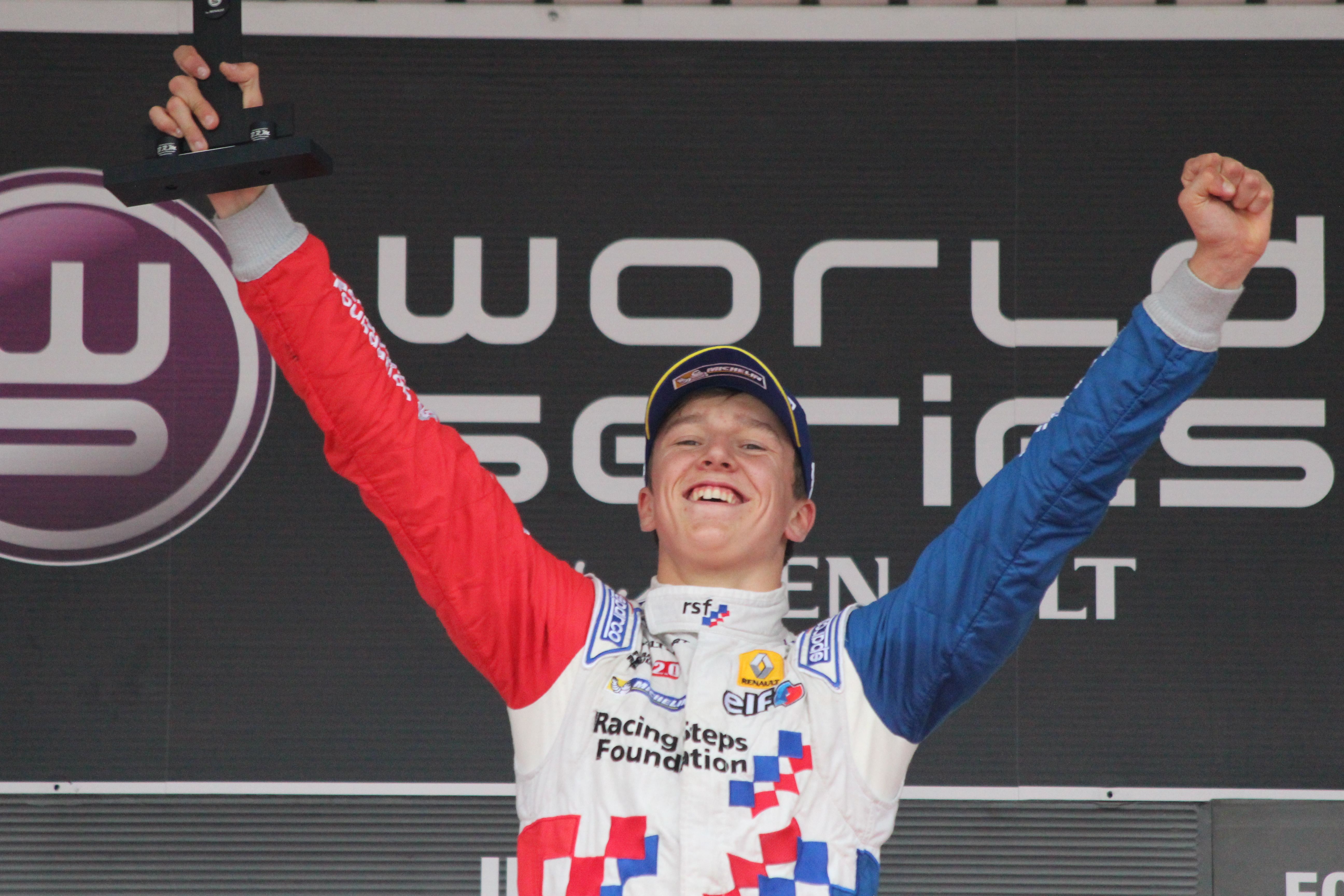 Jack Aitken is the new Formula Renault 2.0 Eurocup champion. He won the championship in a difficult race for him. Barnicoat won the race with Hubert and D’Agosto in the podium for the las Eurocup race of the season. Josef Kaufmann Racing won the team’s title.

Ben Barnicoat started from pole and led from start to end ahead of Anthoine Hubert, who tried to overtake but couldn’t make it. Ignazio D’Agosto completed the podium, being the only driver who has been on the podium in all the races of the weekend. The Italian driver, the most experienced one in Eurocup, broke his own record of consecutive podiums with 3. He’ll try to drive in Formula 3 next year.

Jake Hughes was 4th after a great comeback from 8th position, and thanks to a good start he was 5th at the start. He would overtake Louis Delétraz in the middle part of the race. Sasahara followed Hughes’ steps and finished 5th after starting from 9th. Louis Delétraz was 6th, which allowed him to finish 2nd on the championship. Behind him Isaakyan, Scott and Kodric got the last points of the race.

Kevin Jörg, who was a title contender, decided to take a gamble by starting with rain tyres, but it didn’t work out for him, which allowed Jack Aitken to win the championship despite starting from the pit lane following an accident on qualifying.

Josef Kaufmann Racing won the teams championship despite losing the drivers one.

11 years of history come to an end here, but the Eurocup continues on its own.