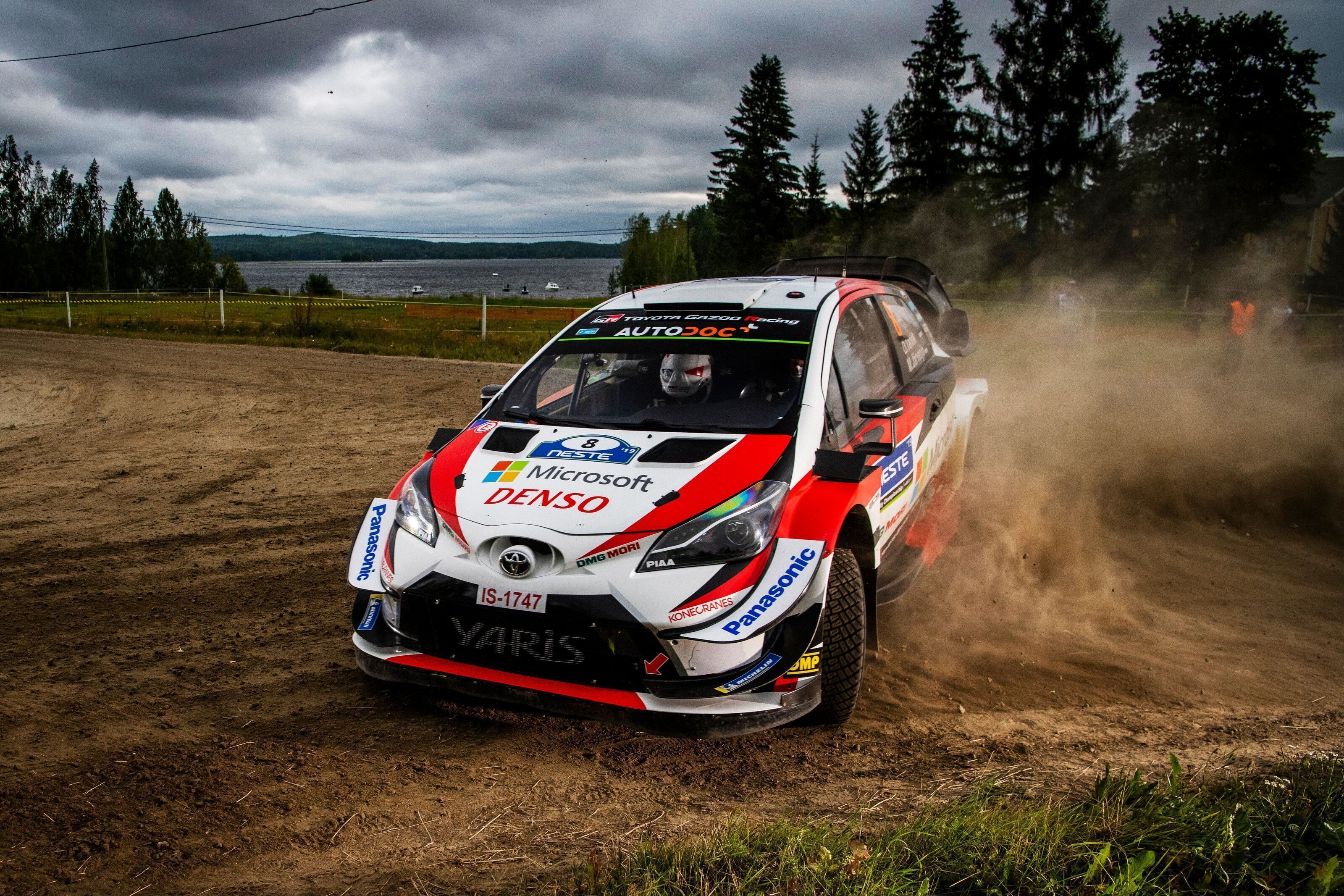 It wasn’t a quick start for Tanak in WRC Rally Finland as the Estonian was only fourth at the end of Friday with SS5 win in his Yaris, as teammate Jari-Matti Latvala (co-driver Miika Anttila) led the way with wins in SS2, SS4, SS6, SS7, SS9 and SS10 in a Toyota 1-2.

The other teammate Kris Meeke (co-driver Sebastian Marshall) was second with a win in SS3 as Citroen’s Esapekka Lappi (co-driver Janne Ferm) was third. His teammate Sebastien Ogier (co-driver Julien Ingrassia) was only seventh ahead of the third title rival.

Despite wins in SS1 and SS11, Thierry Neuville (co-driver Nicolas Gilsoul) was only eighth as both he and Ogier couldn’t match Tanak in a wet and greasy day. M-Sport Ltd had a troubled run after Teemu Suninen’s (co-driver Jarmo Lehtinen) front splitter.

By the end of Saturday running, Tanak was comfortably ahead with wins in SS12, SS14 and SS17 after trouble hit both Latvala and Meeke. The former suffered a puncture, while the latter having a broken rear left suspension – both hitting the same rock.

While Meeke dropped back despite SS13 win, Latvala held on to third with a win in SS15, as Lappi moved to second with wins in SS16 and S18. Hyundai’s Andreas Mikkelsen (co-driver  Anders Jaeger-Amland) improved to fourth with wins in SS8 and SS19.

Citroen’s Ogier was fifth with Neuville in seventh. The final day saw Tanak maintain his lead with wins in SS20 and SS23 (Power Stage) to secure his fourth WRC win of 2019 in Rally Finland to extend his points lead to now 22 points from Ogier.

Lappi scored his second podium of 2019 WRC season as Latvala claiming his first to complete a Toyota 1-3. The leading Hyundai of Mikkelsen was fourth with Ogier salvaging fifth from title contender Neuville, who gained a place on the final day.

Latvala and Mikkelsen shared stage wins on Sunday with the former winning SS21 and the latter taking SS22. Hyundai’s Craig Breen (co-driver Paul Nagle) was seventh with M-Sport’s Suninen in eighth in the WRC class.