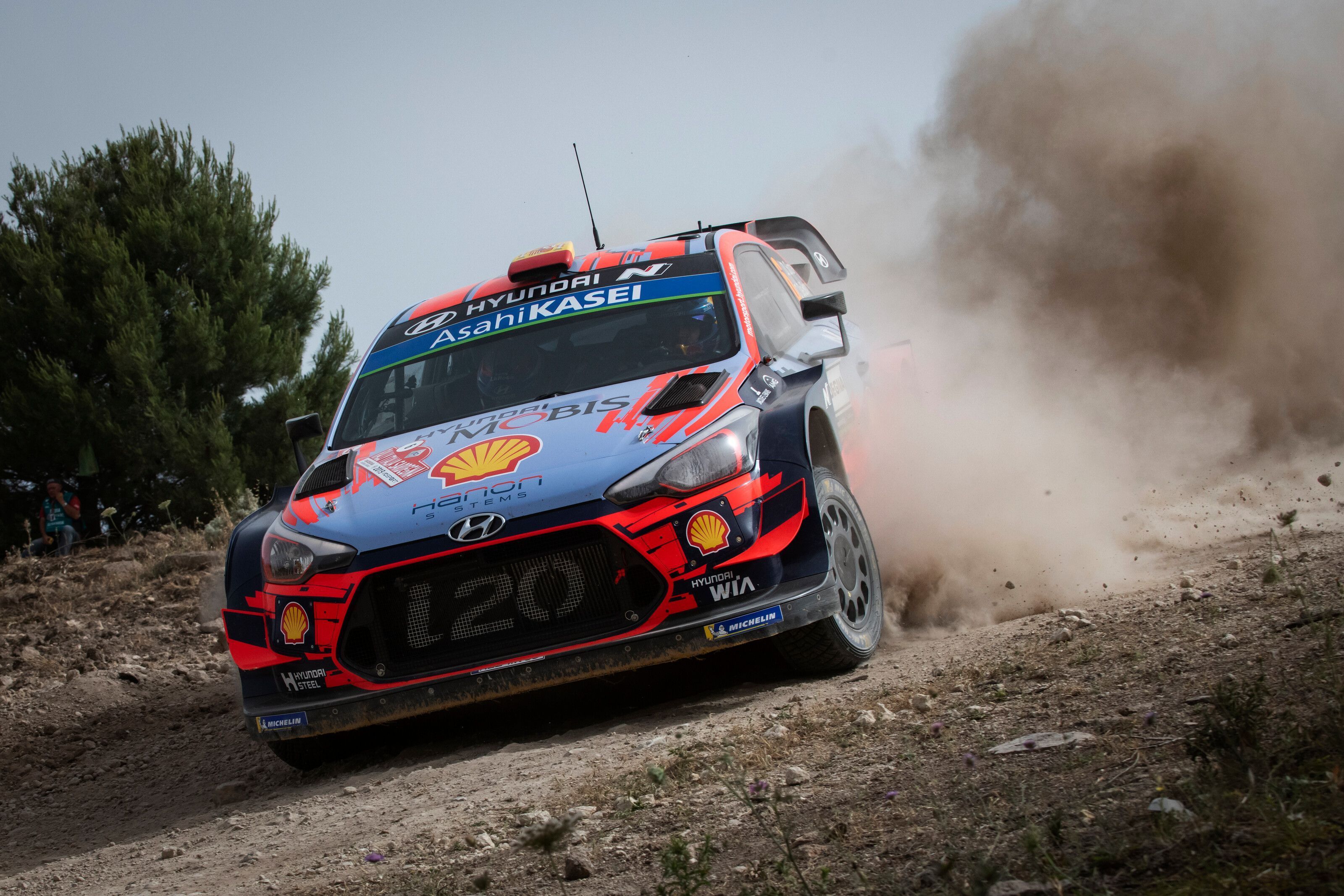 Toyota’s Ott Tanak (co-driver Martin Jarveoja) started off WRC Rally Italia Sardegna on a sound note on Friday in his Toyota Yaris to be third after a win in SS4. He just missed second by 0.4s after M-Sport’s Teemu Suninen (co-driver Jarmo Lehtinen) pushed his Ford Fiesta well in the final stage.

The Finn put himself in a good position after wins in SS2, SS3 and SS6. It was Hyundai’s Sordo in the lead, but, despite the lone SS8 win – the consistency from the Spaniard helped him to stay ahead as rivals struggled around him.

Citroen’s Sebastien Ogier (co-driver Julien Ingrassia) started off with a win in SS1 but he dropped to ninth after having a difficult time and was eventually forced to retire from the day after hitting a rock which damaged his C3’s suspension beyond repair.

Title rival Hyundai’s Thierry Neuville (co-driver Nicolas Gilsoul) did not have a great time either with wrong tyre choices hindering his performance all-day long, as the Belgian ended up only seventh despite picking up the lone win in SS7.

Following the first day run, Saturday belonged to Tanak. The Estonian won all the six stages to eke out a handy lead at the front from Sordo and Sunninen, both of whom also had a good time to keep their Top 3 position.

Neuville, meanwhile, moved up to sixth but it was a wrong tyre choice again which limited his chances for further progress as Citroen’s Ogier had a day to forget again with another hit limiting his fightback chance to be only 52nd at the end of the day.

For Tanak, it was just to see-through the final day and he almost did that until the Power Stage, where he ran wide and was stuck in the hairpin. He got going but enough time was lost which handed Sordo his first WRC win six years in a shocking result.

In a limited schedule for 2019, the Spaniard did well all-through Rally Italia Sardegna with luck also going his way in the final stage as he led a Hyundai 1-3 after teammate Mikkelsen took third. The Norwegian won all the stages on Sunday including the Power Stage.

It is his second podium of 2019 as Suninen in second scored his first podium of the season as well. Teammate Elfyn Evans (co-driver Scott Martin) did well to be fourth to complete a solid rally for M-Sport as Tanak eventually finished fifth.

The Estonian looked set to win his third consecutive WRC event but a costly mistake in Power Stage hampered an easy chance. He still has managed to take over the WRC points lead but the different is only eight points than what could have been over 20.

Behind him was Neuville in sixth with the Belgian salvaging crucial points to remain in touch with the leaders. The WRC contingent inside the Top 10 was completed by Lappi in seventh and Toyota’s Kris Meeke (co-driver Sebastian Marshall) in eighth.

Both Latvala and Ogier completed the rally with the Finn in 19th overall and the Frenchman only 41st from the 49 classified finishers.