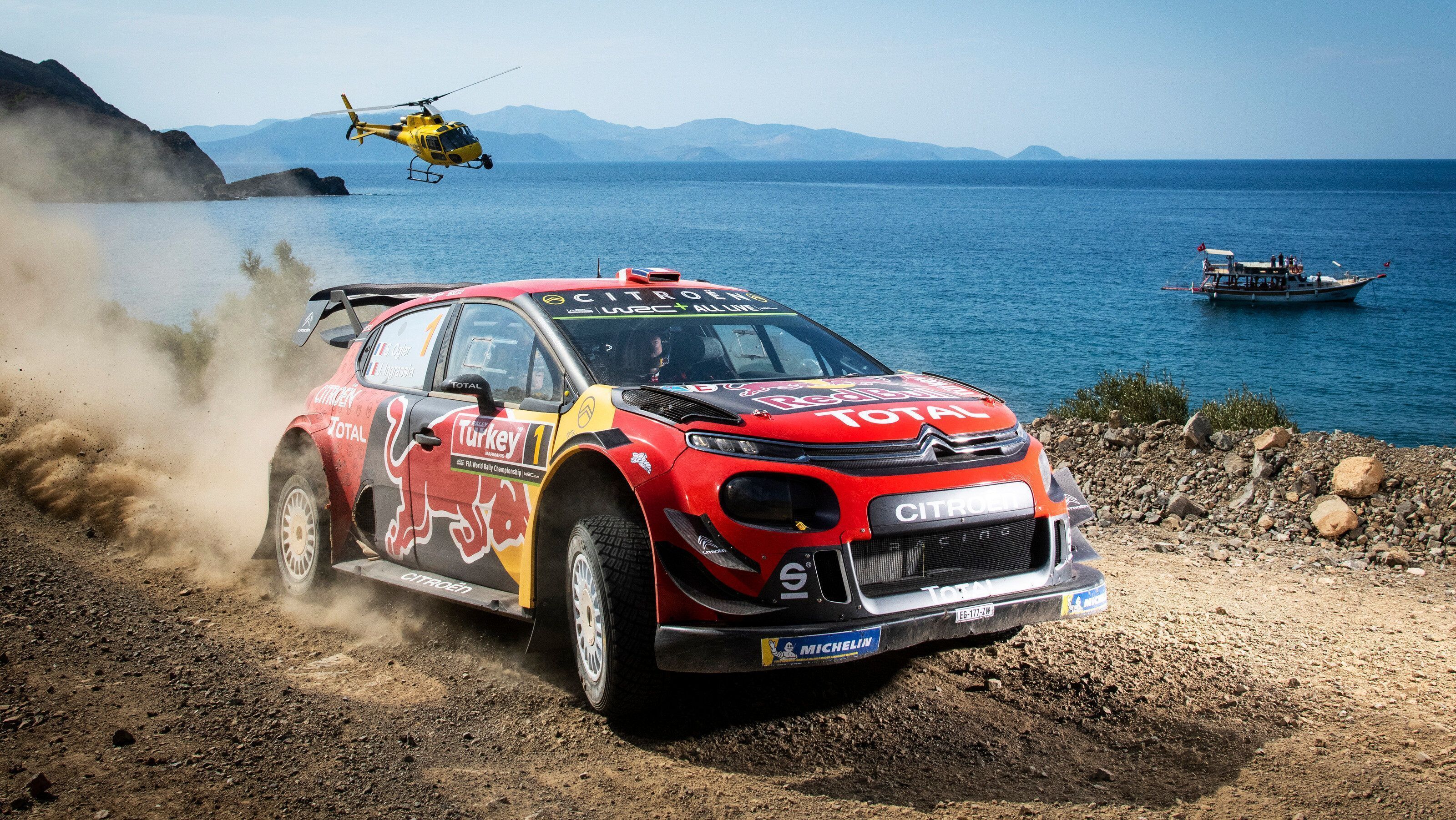 Citroen already looked in a good shape in WRC Rally Turkey with Esapekka Lappi (co-driver Janne Ferm) leading on Friday in his Citroen C3 from teammate Ogier. The Finn held on a solid advantage despite only SS3 win.

Ogier was close to Lappi but a puncture delayed him as Hyundai’s Thierry Neuville (co-driver Nicolas Gilsoul) was third with wins in SS1 and SS6. WRC points leader Ott Tanak (co-driver Martin Jarveoja) had a rough day.

The Estonian was only eighth in Toyota Yaris even though teammates Jari-Matti Latvala (co-driver Miikka Anttila) and Kris Meeke (co-driver Sebastian Marshall) had stage wins with the former taking SS2 & SS4 and latter SS5.

While Meeke was seventh, Latvala was only ninth as tyre issues hit all the three, with punctures for Tanak and Latvala. Meanwhile, the lead changed hands on Saturday in SS12 when Ogier moved in front of Lappi.

The Frenchman won SS8 and SS11 to claw into Lappi’s lead and eventually ended up in front by just 0.2s at the end of Saturday running when the Finn’s engine stalled in the penultimate stage.

While Ogier had some luck on his side, there was trouble for both Neuville and Tanak though, with the latter retiring when his Toyota Yaris’ electronic control unit failed in the liaison section already.

Neuville, meanwhile, went off the road in his Hyundai i20 Coupe WRC in the opening stage which set him back as he finished only eighth. Teammate Andreas Mikkelsen (co-driver Anders Jaeger-Amland) moved to third.

The Norwegian won SS5 and had a consistent run to leapfrog M-Sport’s Teemu Suninen’s (co-driver Jarmo Lehtinen) Ford Fiesta WRC during the day. Behind, Latvala and Meeke steadied on in sixth and seventh.

The final day had Ogier extending his advantage slowly to secure a crucial win in Rally Turkey in the WRC title battle when his immediate rivals Neuville and Tanak suffered hugely.

Neuville eventually finished eighth but lost his second place to Ogier, with Tanak ending up outside the overall Top 10 but the Estonian won the Power Stage to at least take away five points from the rally.

Tanak has 210 points to Ogier 190 and Neuville is third with 176 to his name. It was a Citroen 1-2 with Lappi finishing second with wins in SS10 and SS13 as Mikkelsen rounded out the podium with SS16 victory.

As mentioned before, Hyundai’s Neuville was eighth as M-Sport’s Pontus Tidemand was ninth on his return to WRC.