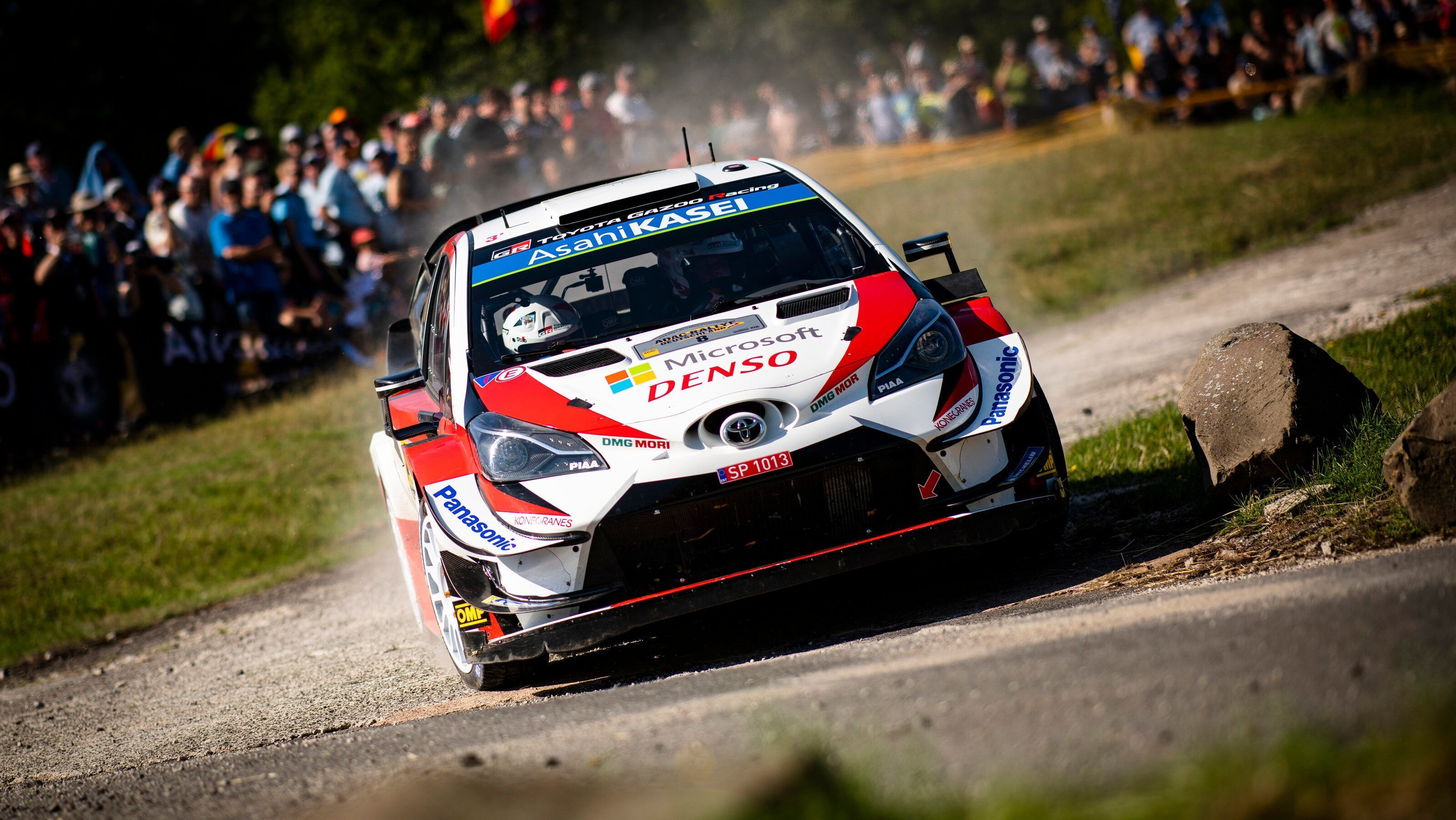 The current points leader, Tanak with co-driver Martin Jarveoja started the Rally Germany in command with a lead at the end of Friday in his Toyota Yaris WRC, having won SS1, SS3, SS4, SS6 and SS7.

He had WRC title rival Hyundai’s Thierry Neuville (co-driver Nicolas Gilsoul) behind him with the Belgian winning SS2 and SS5 as Citroen’s Sebastien Ogier (co-driver Julien Ingrassia) was third.

It was not a great outing for M-Sport Ltd as Teemu Suninen (co-driver Jarmo Lehtinen) was forced to retire due to fly-by-wire issue with teammate Gus Greensmith (co-driver Elliot Edmonson) only eighth.

A puncture to his Hyundai i20 Coupe WRC derailed Neuville’s chances as the Belgian dropped down to fifth despite starting the day well with wins in SS10 and SS11. He also had a stalled engine but did not lose much time.

Meanwhile, Ogier’s under-steer issues with Citroen C3 continued and a puncture then put a brakes to his chances too with the Frenchman dropping to eighth as Sorda climbed up to fourth.

It was for Tanak to take it with ease on Sunday as he took his fifth win of 2019 WRC season in Rally Germany in a Toyota 1-2-3, with Meeke second and Latvala third – the latter winning SS17.

Hyundai’s Andreas Mikkelsen (co-driver Anders Jaeger-Amland) was seventh with Ogier only eighth as he dropped to third in WRC points standings with 163 to his name after 10 rallies.

Neuville has 170 now with Tanak having 205. The Rally Germany WRC category was completed by M-Sport’s Greensmith in ninth overall, while Suninen returned to action on Saturday and Sunday to be only 23rd.