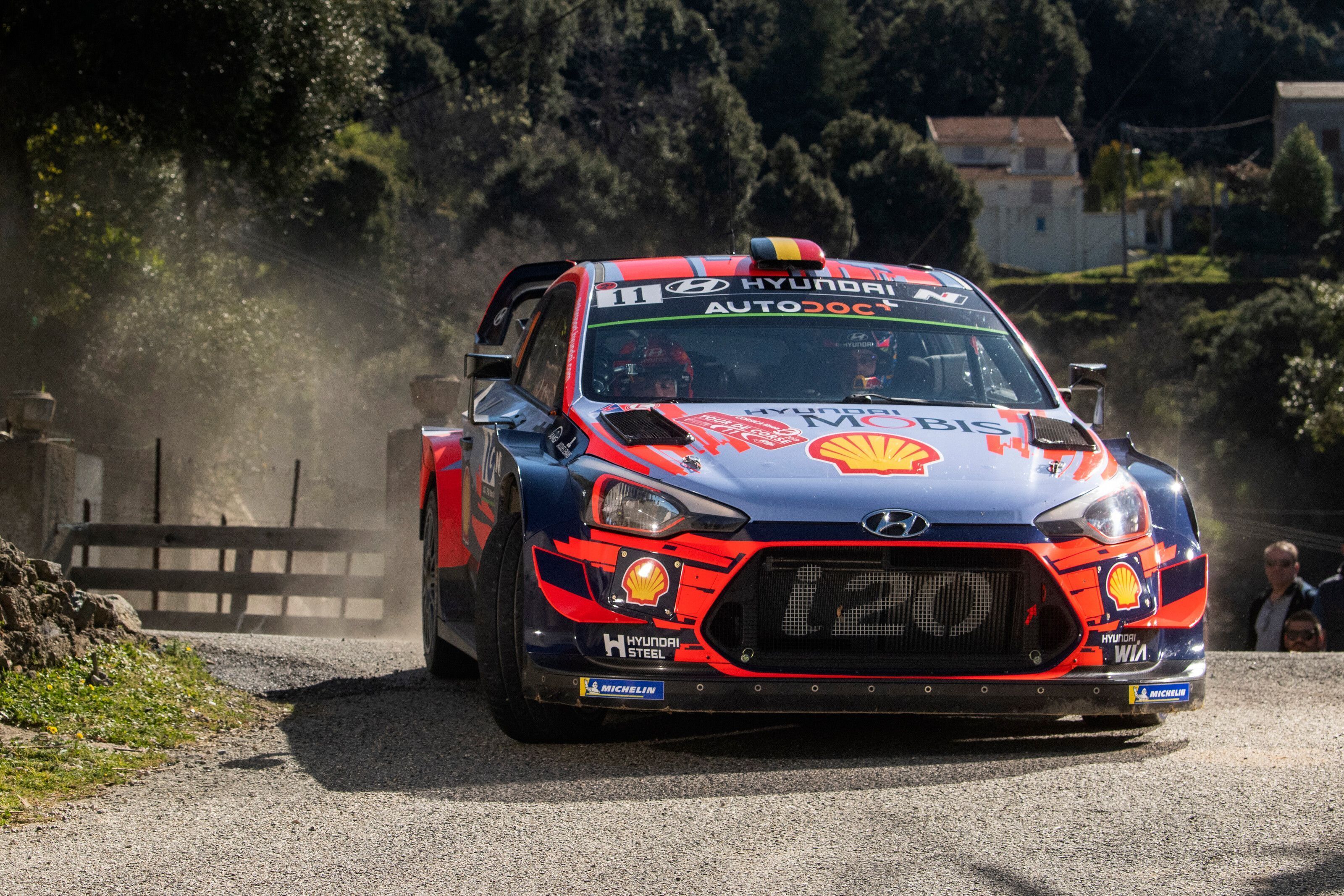 Evans (co-driver Scott Martin) looked on-song since Friday with wins in SS1, SS4 and SS5 in his Ford Fiesta as he headed Toyota’s Ott Tanak (co-driver Martin Jarveoja) by 4.5s in a controversial end. Evans started SS6 in the lead but lost nearly 11s to drop to third.

The Welsh racer was held up by Toyota’s Kris Meeke (co-driver Sebastian Marshall) towards the end, who had suspension damage. Post the day’s action, the officials decided to award Evans the same time as Tanak which brought him back in lead.

The Estonian fought well against Evans with a win in SS3 but he faced damper issue in the afternoon which hampered his run. Hyundai’s Thierry Neuville (co-driver Nicolas Gilsoul) was third with SS6 win as he led teammate Dani Sordo (co-driver Carlos del Barrio).

Like Meeke, few others had issues as well with Citroen’s Sebastien Ogier (co-driver Julien Ingrassia) one of them to be sixth. He had a spin in the opening stage and faced understeer problems then like teammate Esapekka Lappi (co-driver Janne Ferm).

The fight between Evans and Tanak continued on Saturday with the latter getting past the former in SS9 after wins in SS7 and SS8 but the Estonian then had a puncture in SS11 to drop down to seventh before climbing back to sixth at day’s end.

Evans got the lead in SS11 but only just as Neuville continued to eat up into his time and eventually passed him to end the day on top with wins in SS11 and SS12. Behind the Top 2, it was looking good for Sordo after SS9 win but Ogier improved well to take third.

Sordo had to be content with fourth with Lappi dropping to seventh and Loeb to eighth after the Frenchman had another moment. A SS10 win for Meeke helped him to climb upto ninth while Latvala was 10th after stopping to change the wheel.

The final day started on a bright note for Evans as a dominant SS13 win helped him re-take Rally France lead by a massive margin of 11.2s over Neuville as the rest of the order remained intact with Ogier in the podium position.

It looked good for Evans to score his first WRC win since 2017 Rally Wales victory but things changed dramatically in the Power Stage (SS14) when the Welshman suffered a rally-losing puncture to drop to third overall.

It helped Neuville to take Rally France win – his first of the 2019 WRC season with title contender Ogier in second from Evans but crucially for the Frenchman, he took the points lead with 79 points after Tanak was only sixth to have 73 in his kitty.

Even with the win, Neuville stayed third with 70 to his name. His teammate Sordofinished fourth from M-Sport’s Teemu Suninen (co-driver Marko Salminen) and Tanak as Lappi, Loeb, Meeke and Latvala completed the Top 10 – with Meeke winning the Power Stage.