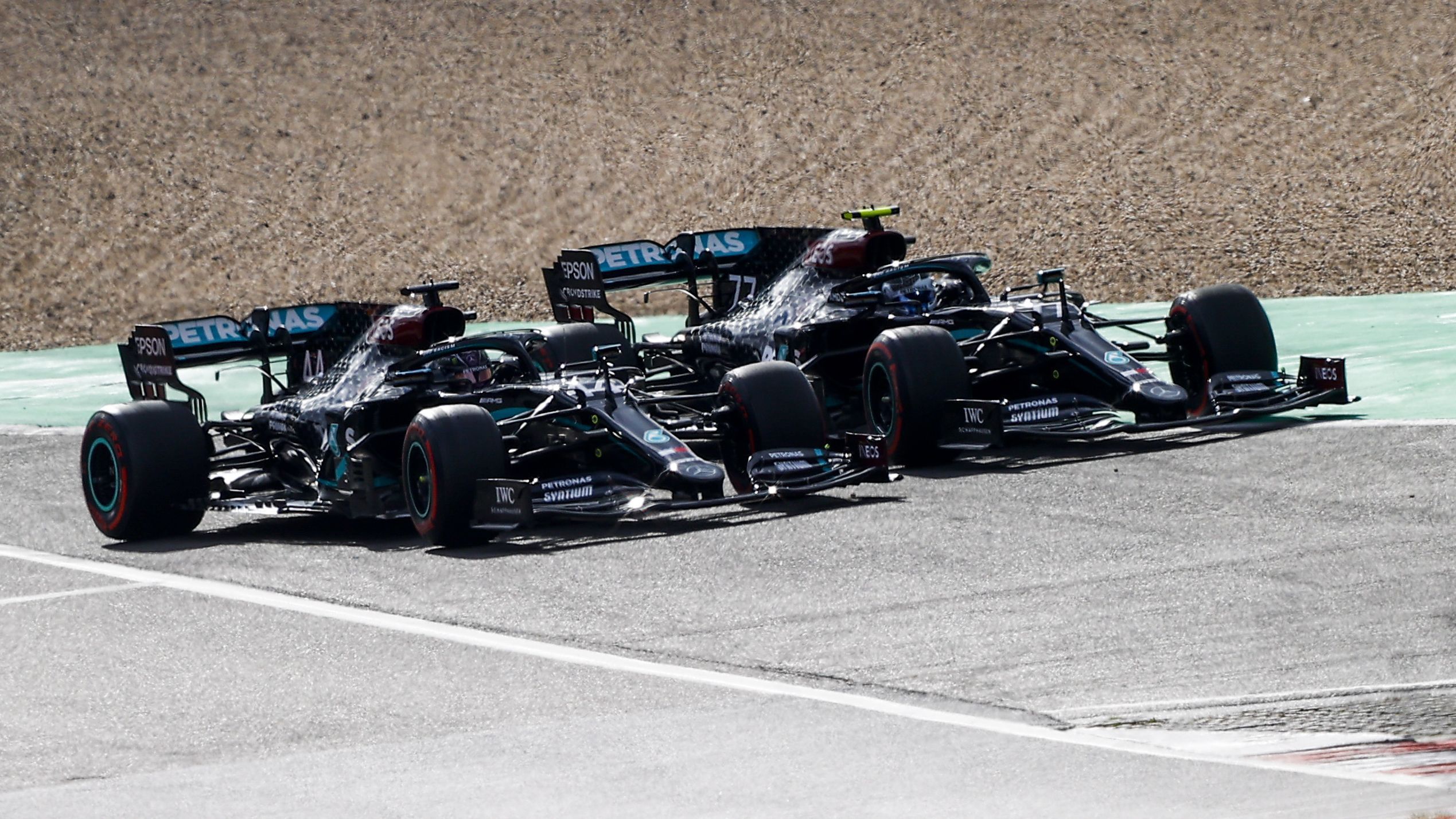 Toto Wolff says the Turn 1 fight between Lewis Hamilton and Valtteri Bottas in F1 Eifel GP reminded him of the tussle between the Brit and Nico Rosberg in Bahrain.

It was not a long battle between Mercedes’ Hamilton and Bottas in F1 Eifel GP at Nurburging, but it was enough for Wolff to be reminded of the Brit’s tussle with Rosberg in Bahrain – although he did not mention the year but it can be suspected to be 2014.

It was punchy from the duo at Turn 1 as Hamilton understeered slightly which meant Bottas had to go deep into the corner. Fortunately, they did not touch as the Finn fought through till the next corner and eventually held onto the lead of the grand prix.

They met again at the same corner after a massive lock-up for Bottas, which allowed Hamilton to pass through, as the Finn eventually retired due to a power unit issue, while the latter went on to equal the 91 F1 win record of Michael Schumacher.

“That corner really reminded me of Nico and Lewis in Bahrain, it was great,” said Wolff to Sky Sports F1. “They race each other hard but they were the boundaries are and Valtteri in true rally style, kept the foot on the throttle and held the position. Lewis was in full lock, so they braked late and understeered, which pushed Valtteri wide.”

Hamilton, on the other hand, was impressed by how Bottas held up the line. “I had a good start and got up alongside Valtteri and we both like understeered into the corner,” he said. “So I tried to give as much room as possible and then he was in my blind spot so I didn’t know where he was after that.

“I moved as wide to the outside but he came back and he did an amazing job and I remember coming out of that corner thinking: ‘Good on you, man. I’m impressed. That was good’,” summed up Hamilton, as he now has 69 points advantage over Bottas.

Talking about Bottas’ race, Wolff reckoned he had good pace and the conditions suited him but probably he pushed too hard. “I don’t think Valtteri’s graining was much worse,” he said. “Both had it but I think when you look at Valtteri’s first laps, he had unbelievable pace and after three laps, there was few seconds gone and maybe that’s why he lost the tyres.

“He didn’t complain about them and so two-stops could have been a winning formula. Actually in these cold conditions, Valtteri is pretty good, so as I said, if he wouldn’t have locked the tyres, I am sure he would have raced for the win,” summed up Wolff.

Aside the track action, Mercedes dropped first news regarding downsizing due to budget cap. The big teams are forced to re-allocate their personnel on new projects and on Thursday, they released details of ‘Applied Science’ division.

The offer from Mercedes is ‘dedicated commercial wind tunnel facility in Silverstone along with substantial simulation capability, large and capable manufacturing base and rich ecosystem of engineering talent’. Here’s a video from the team:

Here’s the video of the start: https://www.formula1.com/en/video/2020/10/2020_Eifel_Grand_Prix__Watch_the_race_start_at_the_Nurburgring.html