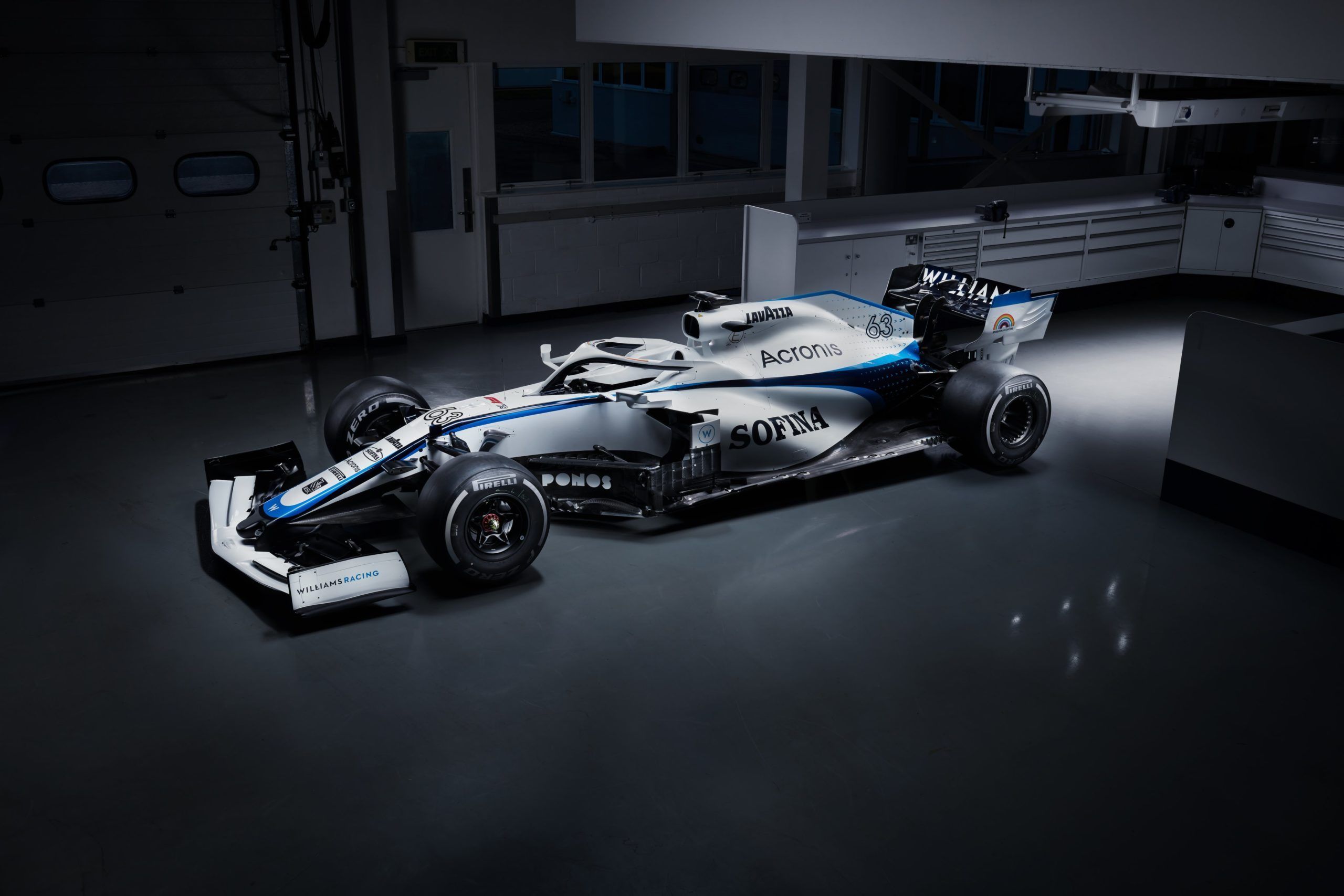 After Williams Racing abruptly terminated their partnership with ROKiT just a few weeks ago, it became clear then that their original ROKiT-logo clad 2020 F1 livery would need a redesign, if not a total overhaul.

On Friday, with precisely a week to go until the first day of action in Austria, Williams exhibited their brand-new colour scheme. This is after the team revealed a video of their drivers reacting to the design that Nicholas Latifi declared to be ‘sharp’ and George Russell as ‘smart’.

This also comes after suggestions that the team would be returning to a retro colour pallette – something that ultimately proved to be true of the 2020 Williams livery, that features mostly white with a tinge of blue – although a lighter shade to before.

The new paint scheme will make its on-track debut on July 3, along with Canadian driver Latifi, whose father’s company – Sofina Foods – also financially supports the British team, and features pre-dominently on the car. Lavazza also gets a bigger share.

Russell is another driver who will pilot the new Williams in the 2020 F1 season, albeit he is heading into his second year of competition after a solid rookie season in 2019. Despite his performances, though, he was unable to triumph over the significant lack of pace that plagued them throughout the 2019 season and ultimately contributed to financial troubles over the off-season.

These troubles escalated over the winter months and were exacerbated by the lack of racing due to the COVID-19 pandemic. The team’s financial standing was so bad, in fact, that they were forced to sell a stake in their team, be that minority of majority, and though no person has yet bought into the operation, it has been reported that Williams has secured funds for the immediate future.

Here’s the story on the car/livery launch

Here’s the story on the Williams financial trouble