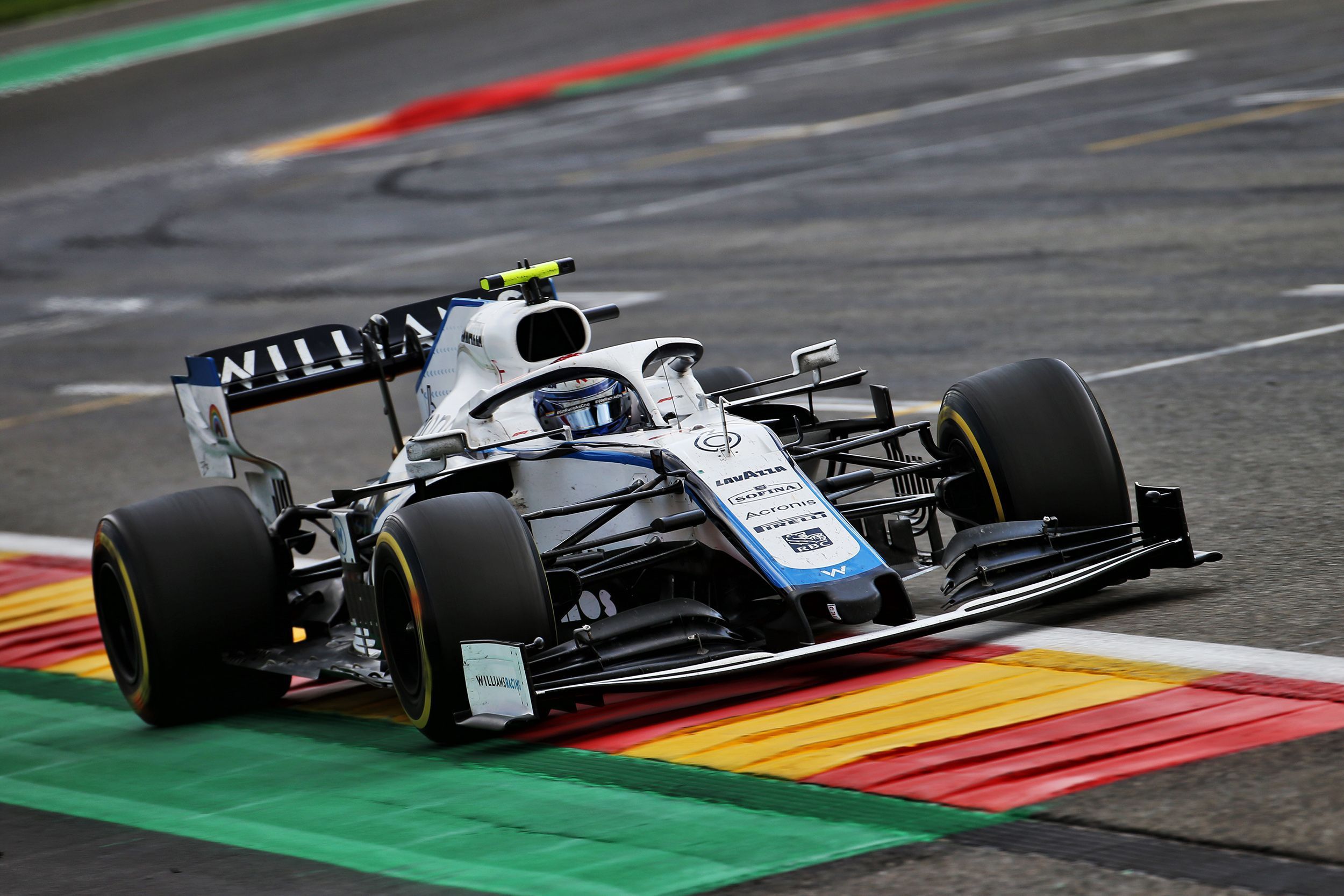 Claire and the Williams family will step aside from the F1 team role after Dorilton Capital takeover post the Italian GP.

The Williams family will step aside from its role after the Italian GP this weekend, which will be its 739th F1 grand prix. The journey started on May 8, 1977 and continued for several decades, where they secured 114 victories, nine constructors’ and seven drivers’ titles.

With the finances only going down, Williams were left with no option but to bring in a new owner which they confirmed last weekend in the form of Dorilton Capital. While then, Claire was clear of hanging on in her role and with the F1 outfit but it didn’t last long.

As they kick-start the Italian GP weekend, the confirmation comes through of Claire stepping down from the Deputy Team Principal role – which she became in 2013 – along with the family also taking a backseat with Dorilton Capital taking over the lead.

It is not clear who will be heading the team from Mugello onward but the announcement should come though soon with only a week left for the grand prix. The Williams name, though, should continue as Claire said earlier but it can be certain until it is.

On her stepping down from the Deputy Team Principal role, Claire stated: “It is with a heavy heart that I am stepping away from my role with the team. I had hoped to continue my tenure long into the future and to preserve the Williams family’s legacy into the next generation. However, our need to find inward investment earlier this year due to a number of factors, many of which were outside of our control, resulted in the sale of the team to Dorilton Capital.

“My family has always put our racing team and our people first and this was absolutely the right decision. I know in them we have found the right people to take Williams back to the front of the grid while also preserving the Williams legacy. I have taken the decision to step away from the team in order to allow Dorilton a fresh start as the new owners. It has not been an easy decision but it’s one I believe to be right for all involved.

“I have been enormously privileged to have grown up in this team and in the wonderful world that is Formula One. I have loved every minute and will be forever grateful for the opportunities it has given me. But it’s also an incredibly challenging sport and I now want to see what else the world holds for me. Most importantly, I want to spend time with my family.

“I would like to thank Dorilton for their support and for understanding my decision. I would also like to thank our fans who have stuck by us through thick and thin. Our people at Williams have always been family, they have kept me motivated during the difficult times and it is them who I will miss the most. It is my genuine hope that the process we’ve gone through brings them the success they deserve. And finally, I would like to thank my Dad for everything he has given to the team, the sport and our family.”

At the same time, on Williams family stepping side, she added:”With the future of the team now secured, this feels like the appropriate time for us to step away from the sport. As a family, we have always prioritised Williams. We have demonstrated that by our recent actions with the Strategic Review process and we believe now is the right time to hand over the reins and give the new owners the opportunity to take the team into the future.

“We have been in this sport for more than four decades. We are incredibly proud of our track record and the legacy we leave behind. We have always been in it for the love of it, for the pure pleasure of going motor racing, so this is not a decision that we have taken lightly but after much reflection and as a family.

“We are greatly appreciative of Dorilton’s encouragement to continue, but in them we know the team will be in good hands and the Williams name will live on. This may be the end of an era for Williams as a family-run team, but it is the beginning of a new era for Williams Racing and we wish them much success in the future.

“On behalf of Frank and the Williams family, I would like to say how incredibly grateful and humbled we are for the support we have enjoyed over the years, from our friends in the paddock to the many fans around the world. But mostly, we would like to thank our team. People who have worked at Williams in the past and present. They are the true warriors of this team and have made it what it is and we wish them well. Formula One has been our life for so long and now it’s time for a new chapter in our lives to begin.”

And finally, Matthew Savage, Chairman of Dorilton Capital and now also Williams Grand Prix Engineering, added: “We fully respect the very tough decision of Claire and the Williams family to step away from the team and the business after securing new resources for its future. Claire’s achievement in sustaining Williams Racing’s heritage, relevance and commitment to innovation in a difficult environment since taking charge in 2013 has been nothing short of monumental.

“She has also been hugely instrumental in shaping a more level technical and financial playing field for F1, which will help to ensure the team’s return to the front of the grid in seasons to come. We are proud to carry the Williams name into the next exciting phase for the sport and we thank Sir Frank, Claire and the Williams family for the opportunity to be part of this great British brand.”

UPDATE: Post the announcement, drivers of Williams and the team that supplies their engines, Mercedes, reacted, among them George Russell, who labelled it a sad day for the historic team, even though he has confidence in new management.

George Russell: “I mean obviously it’s I guess a sad day for us, obviously for me personally, Frank and Claire gave me my opportunity in Formula 1. It’s something I am very thankful and grateful for, and obviously having the opportunity to drive for such an amazing and prestigious team for the two years I’ve been here so far. So, obviously it’s sad to see the Williams family step aside, but the history of Williams will still remain – we’ll still remain under Williams Racing, and we’ll still continue to fight and [be] representing the family name.

“Claire broke the news to us this morning – to myself and Nicholas. With a assurances, I think obviously for Claire and the Williams family, the team means a huge amount to them, more than it does to anybody else. They would have not sold it to a company they did not have faith [that] they have the best interests of the team at heart. And I think with Dorilton that’s absolutely what they believe they have – they’re a great bunch of people, very passionate.

“And I am definitely at ease with the situation, knowing that if Claire and the Williams family are happy with it, then they’re only doing it for the best interests of the team. As for lack of experience for Dorilton, I don’t really know, to be honest. If you look at Toto as an example, he had a bit of motorsport experience, but he didn’t have a huge amount of Formula 1 experience. And he’s come in and he’s not done too bad I don’t think in his few years here! I don’t think it’s hugely important to be honest.”

Nicholas Latifi: “From my side, I was definitely a bit shocked to hear the news this morning. I think when the news broke that the team was sold, it was definitely something in the back of my mind that maybe I could have anticipated. But I think it was not… Just wasn’t expecting it so soon… I think even the whole sale of the team in general happened much quicker than everyone thought. Obviously for me, I’ve not yet done my first full season in Formula 1, but I’ve been with the team and the team environment, and part of the Williams family since last year in my role with the team.

“For sure, [it’s] very special that Claire and Frank gave me my first opportunity to cut my teeth in Formula 1. And I hope to have a very long career in F1 and I think it’s always going to be special that where I started out was here with Williams. They’ve given many drivers their first opportunity… And not just drivers, many different team members.

“The culture and atmosphere and environment that has been cultivated here over those years I think is going to remain the same. Because that is something that will not go just because Claire and the family are stepping aside. [I’m] just very grateful for them to have given me this opportunity.”

“Definitely without Williams and especially without Frank who at that time was definitely in charge, I wouldn’t be here, so I’m forever thankful for Williams, how they helped me and how they helped me develop as a driver and getting my first points with them, getting my first podium in Formula 1 with them, and of course, then at the time when Claire also became more involved. To be honest, I was quite sad to see the news that the family is stepping away from the race team, and even Frank is going to be pretty much aside.

“It was his life project, and I think he’s done really well. I think the whole family, they should be really proud of what they’ve achieved. Anyone who doesn’t really know about the past in Formula 1 can just Google the results Williams has got and the records they hold, many things they achieved in Formula 1 is very impressive, by a family team. Very sad, but very thankful for everyone there.”

“I think their legacy will continue, as I believe they’ll keep the name at least. I was hopeful at some stage they were going to come back and be back at the front. I remember driving the car that Mansell had or DC’s car or something like that. It never turned in to an option really, a real option for me. That’s when I moved obviously to Mercedes. I wish them all the best and all the health in the world on their next endeavours.”

Daniel Ricciardo: “Williams has always been a prominent name in F1. Sad to see this journey come to an end but as a fan of the sport I can’t thank you enough for the memories and your contribution all over these years.”

Here’s news on new board members including Royal Family links