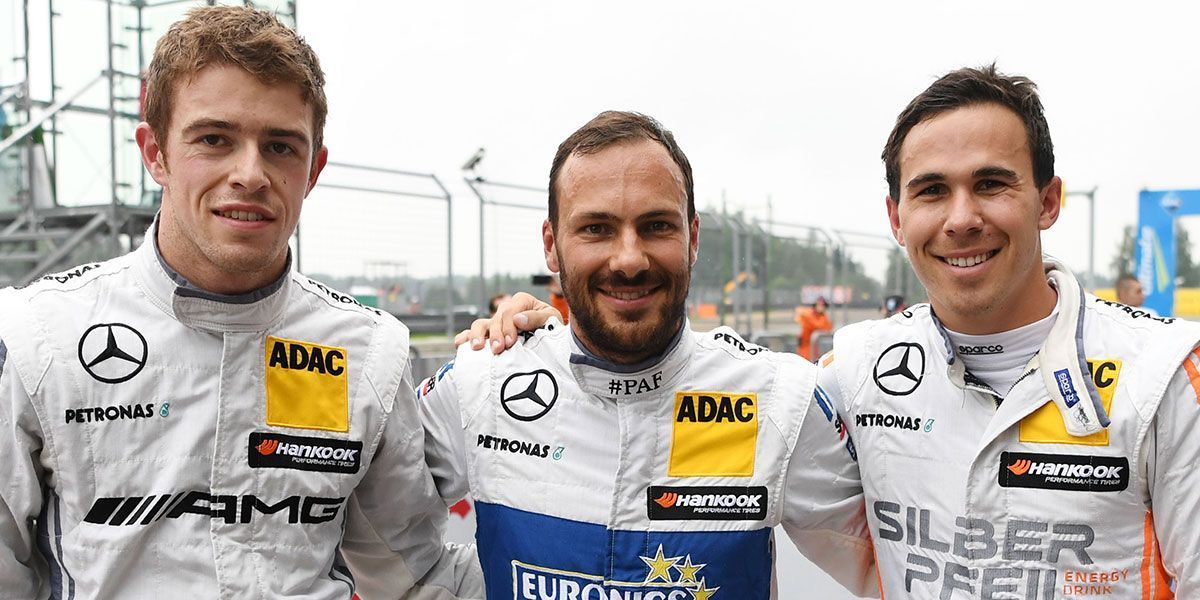 Robert Wickens made it to the victory today in Moscow first race, in which rain was the main character. Di Resta and Paffett accompanied the Canadian to the podium.

Robert Wickens is, since today, the new championship leader for the DTM. He climbed to the first position by winning the first race in the Moscow Raceway under heavy rain. In fact, race started an hour late as rain was too much heavy at the official start time.

Safety Car lead first laps for the race as rain would not stop. Just seven minutes (but three laps) was the competition suspended. When restarted, the poleman Gary Paffet would quickly lose first position to Wickens. Behind, Green and Mortara were having a fight for the tenth position with the italian ending in front, as Felix Rosenqvist was defending from veteran Timo Glock. The swedish would leave from the german as he fell into P11 to Mortara.

At front, Di Resta would overtake poleman Paffett. The Scottish would pull away from Paffett and even leaving the track in an occasion he did not lose his position.

Wickens demonstrated such domination under a rainy weather and makes it into the lead of the championship despite having arrived in fourth position to Moscow. Tomorrow second race will take place.