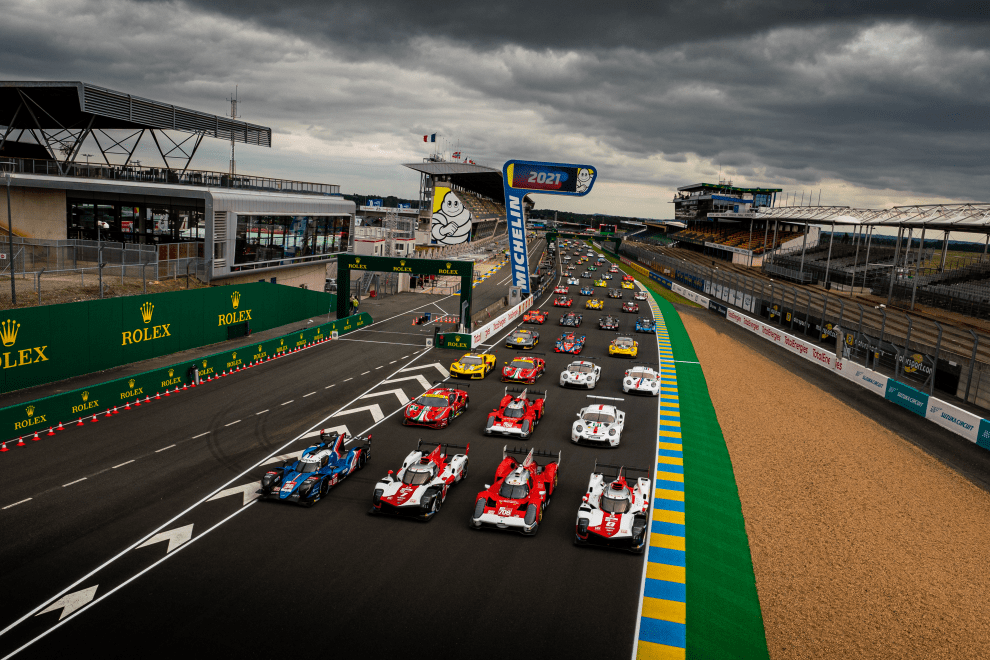 The FIA WEC has revealed the 2022 calendar consisting of six races, where Le Mans 24 Hours is to return to its original month of June.

On the eve of the 2021 Le Mans 24 Hours, the calendar for the 2022 WEC season has been revealed, with six races to take place in three continents. The year will start with a Prologue at Sebring on March 12-13, where the venue will also host Round 1.

The 1000 Miles of Sebring will take place on March 18, after which the WEC circus will move to Europe for 6 Hours of Spa-Francorchamps on May 7. Just over a month’s time, the Le Mans 24 Hours will serve as Round 3 on June 11-12 date.

The 6 Hours of Monza will be Round 4 on July 10, with 6 Hours of Fuji will be the penultimate event on September 11, as 8 Hours of Bahrain will conclude the 2022 WEC season on November 12 – where Italy retains its slot on the calendar after 2021 success.

Upon the announcement, Richard Mille, FIA Endurance Commission President, said: “Six-rounds is the perfect solution for the FIA World Endurance Championship. Next year’s calendar is well-balanced, with events evenly spread across the year.

“It’s cost-effective for the competitors, at the same accommodating iconic circuits and a variety of race durations and formats. The return to North America and Far East is also a major step. With further manufacturers coming with Hypercars next year, I’m confident each of the six rounds will deliver a thrilling spectacle.”

At the same time, Pierre Fillon, President of the Automobile Club de l’Ouest, stated: “The 2022 schedule for the FIA World Endurance Championship is designed to maximise team exposure while keeping costs down. Motor racing calendars have never been subject to such disruption as during the pandemic and this schedule obviously accounts for the current situation. I look forward to seeing you in the US in March for an exciting tenth season.”

And finally, Frederic Lequien, FIA WEC CEO: “Our aim was to create both a global and cost-effective package in what has been a difficult past 18 months for our manufacturers and teams. With the 2022 calendar, we have achieved the perfect blend of classic race tracks and endurance racing heritage. We are confident that the Season 10 schedule will be popular with both competitors and fans alike.” 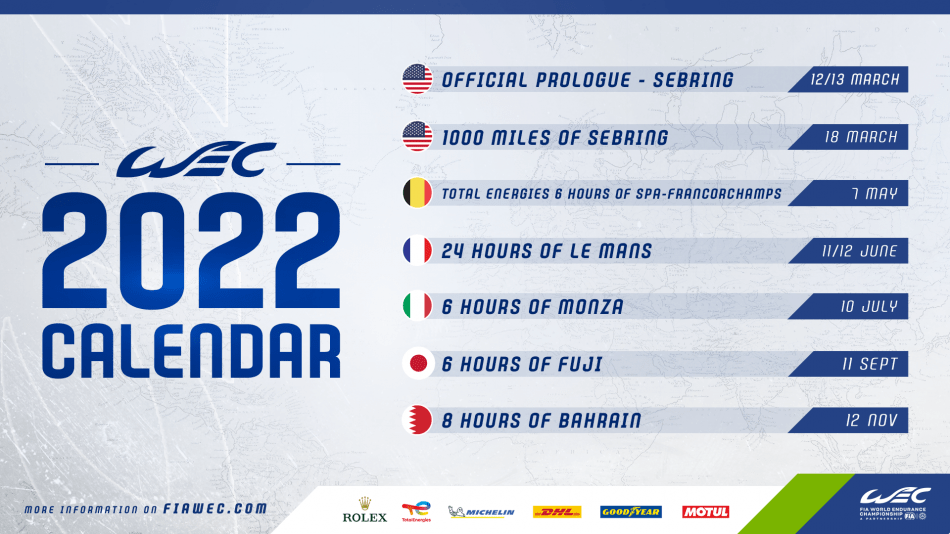