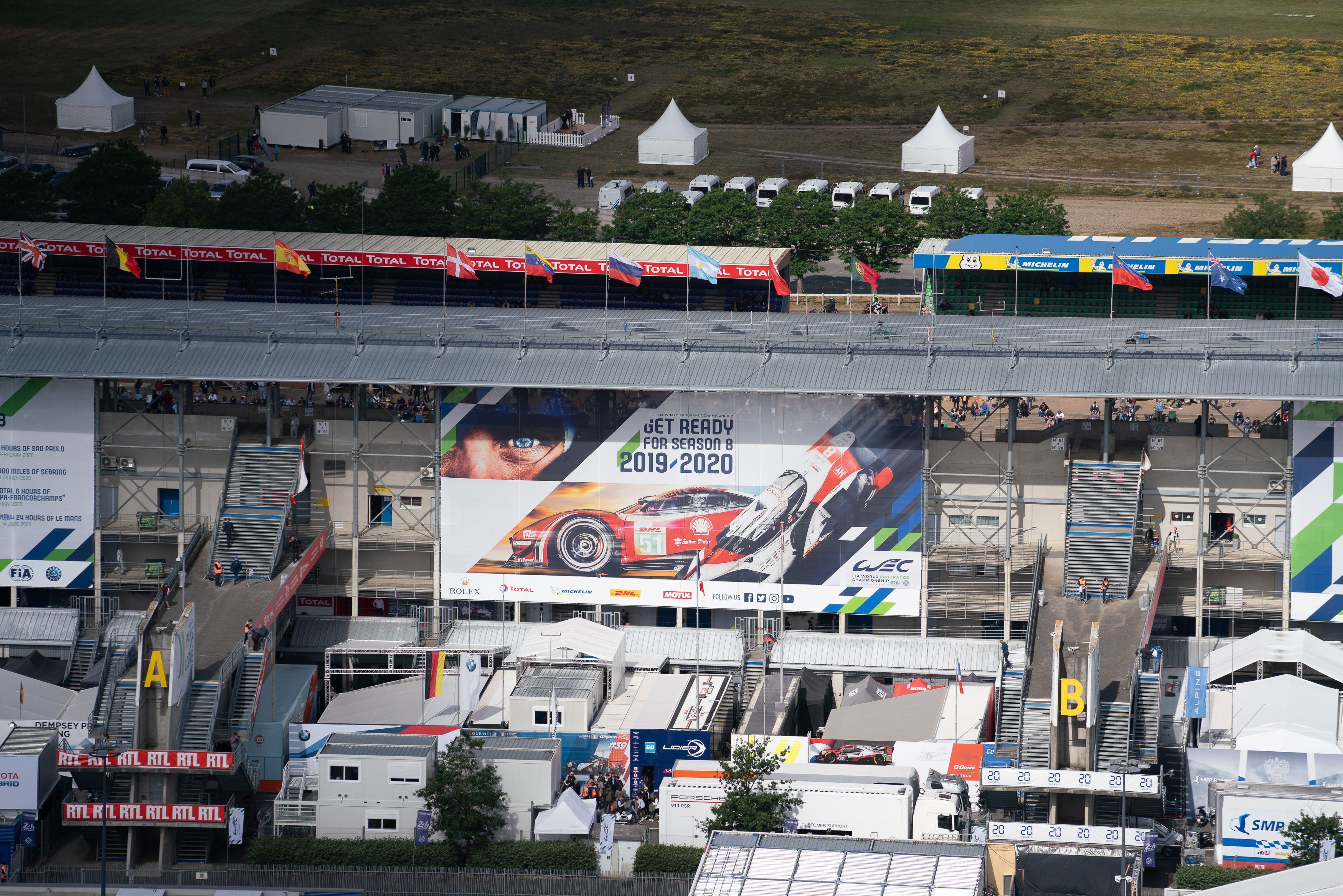 The FIA World Endurance Championship (WEC) has revealed a new logo for its championship ahead of the 2019/20 Prologue at Barcelona.

The 2018/19 WEC season only got over in June with the 2019 Le Mans 24 Hours race and barely a month into it, the pre-season test for the new 2019/20 season will kick-off this week on July 23-24 at Circuit de Catalunya-Barcelona for all teams participating.

The series, on Monday, released a new-look logo which can be easily recognisable to different areas of the series such as Sporting, Corporate Partnerships, General Public and Media. This is a first change in logo since its inception in 2012.

The ‘clear, cohesive and attractive image’ has been designed by branding specialist Leroy Tremblot, who led the programme alongside its parent agency, LaFourmi. Tremblot has prior experience of working with WEC, when it designed the Le Mans 24 Hours logo.

The statement further add: “Taking inspiration from endurance racing itself, the new graphics echo the dynamism, technology and movement associated with the premier echelons of sports prototype and GT racing.

“Racing references such as curves on a track and chequered flags can be identified, and the new designs are flexible, recognisable and can be used across all different areas of the championship.” At the same time, WEC CEO, Gerard Neveu added:

“As we approach the start of Season 8, a new era in the WEC as the first proper season using the cross-calendar year format, it was an appropriate time to refine our ‘look’.  We are delighted with the results which are vibrant, dynamic and identifiable, and which bring a fresh energy to the WEC as we move forward towards hypercars, hydrogen and other exciting new developments in endurance racing.”

The 2019/20 season will have the same four categories with LMP1, LMP2, LMGTE Pro and LMGTE Am as it serves as a filler year before the new exciting hypercar category comes in to replace the shortening LMP1 class.