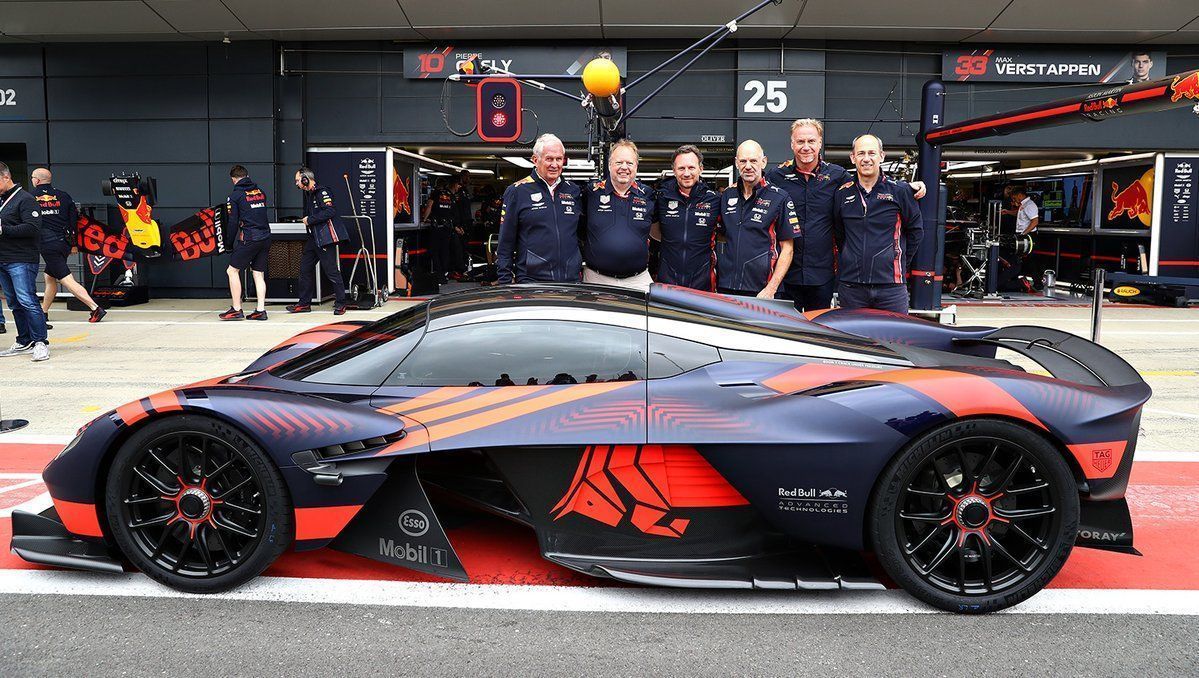 The car is collaboration between Red Bull’s Adrian Newey and Aston Martin’s Marek Reichman and is scheduled to make its racing debut in the 2020/21 FIA World Endurance Championship’s new hypercar category which replaced the LMP1 class.

Following the in-factory work and the Silverstone run, the car will now have an extensive test runs before the first of the 150 road-going cars is to be delivered to customers from Q4 2019 onward. The race preparation will continue on as well.

“I’ve driven this car around Silverstone for countless hours on the simulator at Red Bull Racing’s HQ, so to finally drive the Aston Martin Valkyrie here today feels exceptionally special,” said Goodwin, after the run at the circuit.

“We still have a lot of development work to do but we can now begin to really push the physical testing process and realise the true capabilities of the car.” Meanwhile, Red Bull’s F1 technical chief Newey added:

“To see the Aston Martin Valkyrie running today, five years from the first moment I started sketching what it might look like, is very emotional. With the changing visual angles as it drives past and the noise, it is now doing what it is supposed to do, which is to move and be dynamic.

“It has been an enormous push from the team to get it running here today so this is also a special moment for them.” At the same time, Red Bull’s F1 team boss Christian Horner said: “This first view is the result of a collaboration of design and development between Red Bull Advanced Technologies and Aston Martin.

“The initial vision was to build a hypercar that would deliver the best in technological advancement and high performance and, together, we have achieved this. This public running is just the beginning of a remarkable story for this car.”

From Aston Martin Lagonda side, Andy Palmer said: “Today is a milestone in Aston Martin’s history and for our industry as a whole. Aston Martin Valkyrie continues to redefine what you and I recognise as a hypercar, possessing unrivalled levels of performance in a package that is technologically beyond anything else.

“While Chris’ demonstration today was not delivered at full speed, I’m sure the Valkyrie will return to deliver its full potential around this magnificent circuit in the near future.” And finally, Aston Martin’s Reichman added: