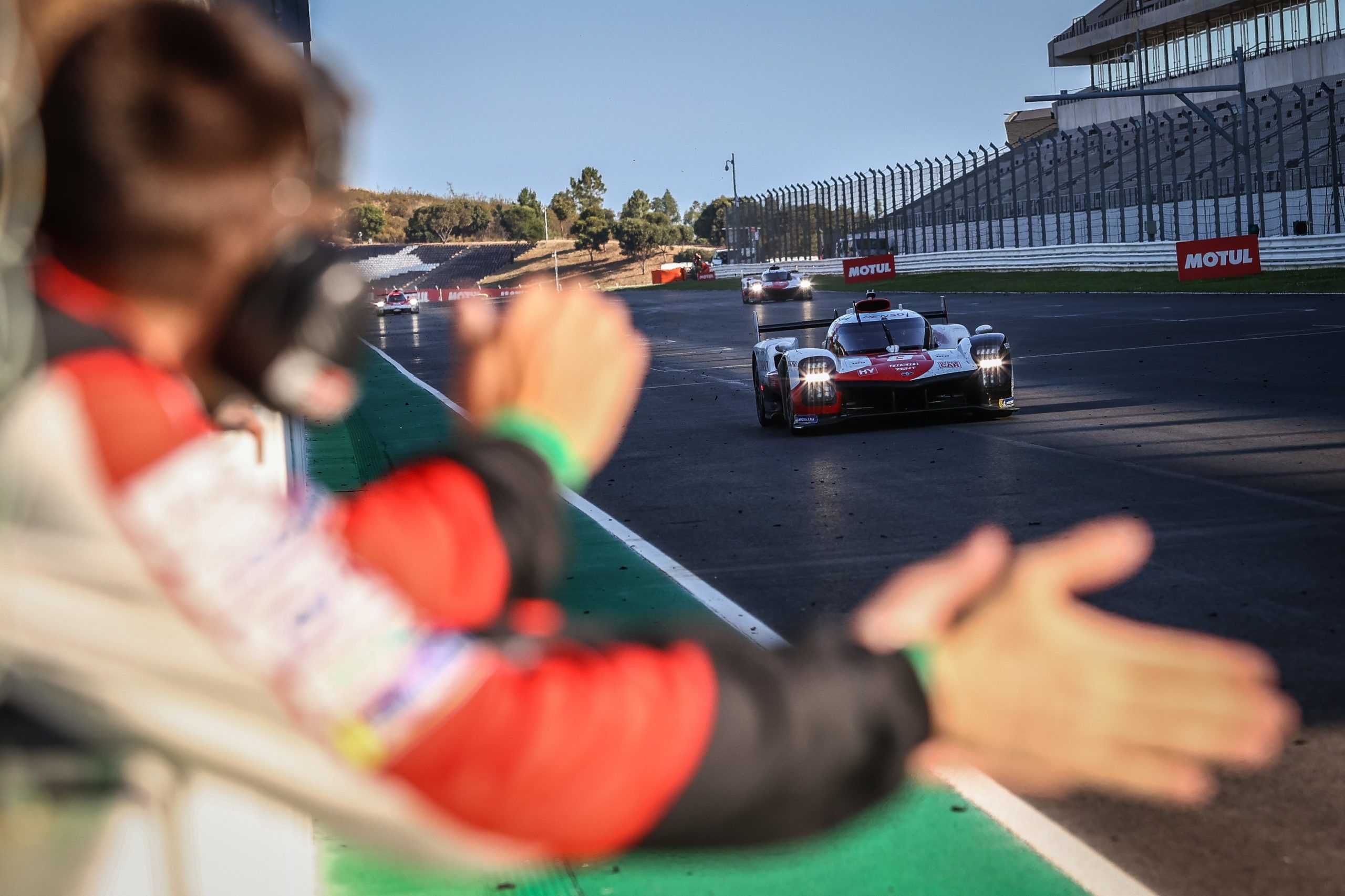 The #8 Toyota took their second win of WEC season in 8 Hours of Portimao after a late switch on sister #7 car in Hypercar class.

Here’s a summary of the WEC race:

•    No.8 Toyota GR010-Hybrid Hypercar driven at the chequered flag by Sebastien Buemi takes victory in the WEC 8 Hours of Portimao
•    No.8 crew run an early fuel save strategy which pays dividends at end of race as they are able make it count, with one less pit stop. This looked set to enable Buemi to lead home sister No.7 GR010-Hybrid Hypercar driven by Jose-Maria Lopez for final stint
•    But late Full Course Yellow enables Lopez to catch Buemi with just 18 minutes of race remaining and Toyota implement race management plan
•    But positions are then swapped again and Buemi is able to lead Lopez home to take victory in Toyota’s 100th international sportscar race
•    Alpine ELF Matmut place third after taking the fight to Toyota and leading large sections of the race. Nicolas Lapierre, Matthieu Vaxiviere and Andre Negrao claim second consecutive podium for Signature run team

•    Ferrari secures 1-2 finish after crucial tyre management plays out in its favour
•    James Calado celebrates 32nd birthday with champagne as he and teammate Alessandro Pierguidi in No.51 AF Corse Ferrari lead majority of race to bounce back from Spa disappointment
•    No.52 AF Corse Ferrari driven by Daniel Serra and Miguel Molina takes second to seal perfect day for the Prancing Horse
•    No.92 Porsche 911 RSR-19 of Kevin Estre, Neel Jani and Michael Christensen claim final rung of podium
•    Gimmi Bruni, Richard Lietz and Frederic Makowiecki finish in fourth position with No.91 Porsche 911 RSR-19

Here’s how WEC 6 Hours of Spa-Francorchamps panned out

[Note: The above is as per FIA WEC press release with no edits made]