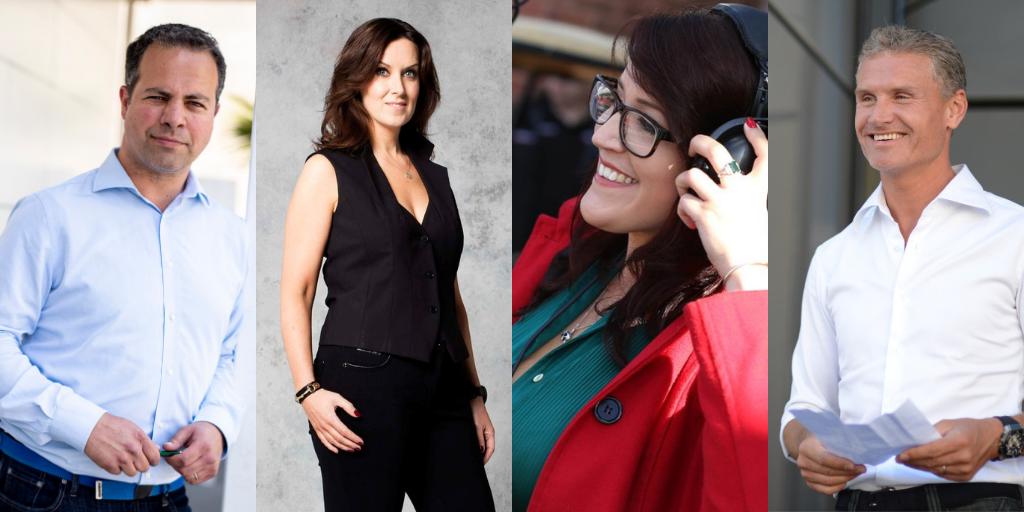 The W Series has announced a four-member team including David Coulthard and Ted Karvitz in their Channel 4 broadcasting team.

Only last week, W Series revealed Channel 4 as their broadcasting partner in the UK, while they also signed a deal with Pitch International last weekend, which will help it to secure deals at international level for the races to be aired live.

While they go about these behind the scenes, the Channel 4 broadcast team has been confirmed with series advisor Coulthard – also part of the production company Whisper Films – to be the co-commentator for all the six races as support of the DTM series.

The all-female championship’s lead commentator though will be Claire Cottingham, who has worked with BBC, BT Sport and ITV in the past in F1 and Formula E. Sky Sports and F1 TV’s Kravitz will act as the pitlane reporter and Lee McKenzie becomes the presenter.

W Series CEO, Catherine Bond Muir said: “All of us at W Series are delighted to have contracted such a superb team of TV talent. DC is of course a household name – a F1 winner 13 times – and is a brilliant co-commentator, delivering his lifetime’s knowledge of a racing driver’s craft informatively and entertainingly.

“He is also Chairman of W Series’ Advisory Board. Lee is a consummate TV anchor-presenter – intelligent and insightful yet possessed of a friendly and accessible on-screen manner.

“Ted is a legend – uniquely able to describe and explain racing tech and tactics in a digestible way – while we’re delighted that W Series and Channel 4 will be bringing Claire’s motorsport commentary skills to a wider audience than have heard her before. She’s an excellent racing story-teller.

“In summary, it’s a great team, and it’s especially pleasing that there are so many women in key positions – with more to come.” At the same time, McKenzie said: “It’s a huge pleasure to be involved at the start of W Series.

“I’ve covered almost every series of motorsport and to be involved in one that could also change the face of the sport as we know it is really exciting. W Series is on one of the best motorsport platforms there is – DTM – and it will therefore visit some incredible racetracks.

“I went to Almeria at the end of March to attend the final part of W Series’ driver selection programme, and I was really impressed by what I saw. Gender aside, these drivers are the same as every other driver on every other grid: they have a huge desire to succeed.”

Kravitz, who has been in the news for some time now, said: “It’s rare that a brand-new motorsport series comes along that captures the imagination and interest in the way that W Series has.

“I’m really looking forward to telling the stories of all these drivers and joining the W Series team of new and familiar faces.” The W Series importantly named Cottingham as their lead commentator with Coulthard as her partner, she said:

“I’m thrilled to be part of this incredible and ground-breaking team, being one of the first female commentators in motorsport. It’s an absolute dream come true to be involved in such a historic series, which supports women in fulfilling their potential.

“I can’t wait to see W Series grow and watch the drivers excel in a sport that I love so much.” And finally, Coulthard added: “Having spent almost my entire life immersed in motor racing, first as a driver and then as a TV commentator and businessman, I’m now absolutely delighted to be playing a key role within W Series.

“That is not only as a member of the series’ management but also now as part of the TV commentary team. I firmly believe that W Series is a radical but crucial innovation in motorsport, and that it will result in the development of some very talented and successful female racing drivers, this year and in years to come.

“Undoubtedly, Channel 4 and Whisper Films will collaborate to put on a great show, and it’s an excellent sign of the times that the only motor racing series that will be shown live on free-to-air TV on any of the UK’s top four channels will be an all-female one.”