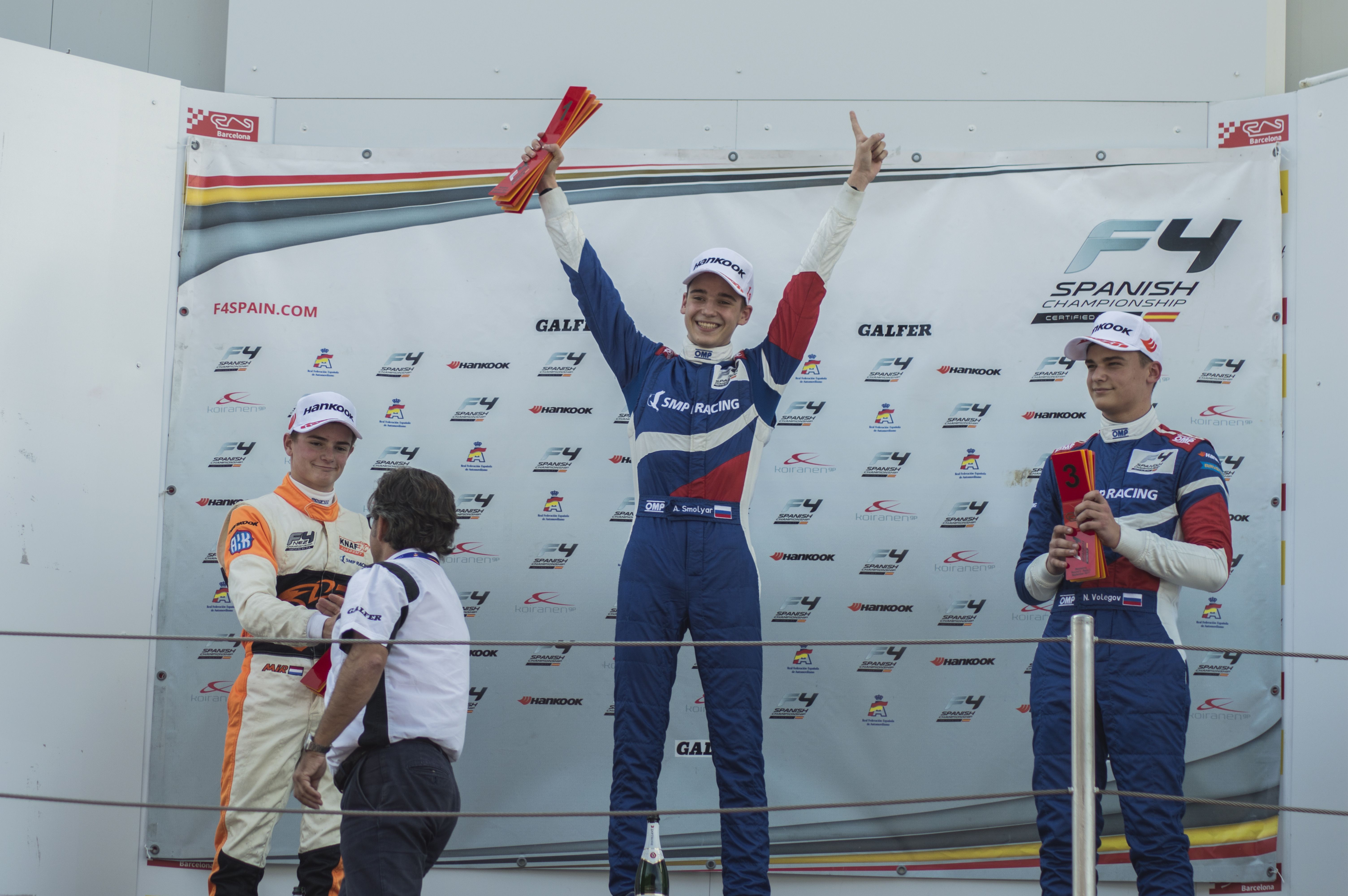 Alexander Smolyar was sitting in pole position as lights went off for the 25’+1lap race, but the drama hit the Russian SMP Racing driver as he salled on the grid and was sent back to the back of the field. There on, Smolyar was on a mission to grab back his lost positions.
Bent Viscaal who started P2, took the lead and never released it, performing a lights fo flag victory and bringing MP Motorsport a doublé as Christian Lundgaard followed his trail.

Behind the Dutch-team 1-2, Javier Gonzales managed to put his F4 Tatuus-Abarth car onto P3, while behind him Volegov and Dunner were at fight for P4.
It was without counting on Alexander Smolyar who took down his opponents one by one, to finish the first race of the weekend onto P3.

Gonzales, Volegov and Dunner fight for P4 led to Lukas Dunner to break his front nose and forced the Austrian driver to pits for a quick change, same for Sami-Matti Trogen who had the same breakdown during a fight with Marta Garcia.

The last race of the weekend started in the same fashion than Race 1. Alexander Smolyar was still sitting onto P1, with Bent Viscaal behind him and Nikita Volegov in P3. However this time, Christian Lundgaard would launch his machine from P7 while Javier Gonzales (Drivex School) was on the second row in P4.
As the lights went off, Smolyar took a clean start and escaped from Bent Viscaal threat lap after lap.

Bent Viscaal and Nikita Volegov never managed to catch back Smolyar, even though Viscaal set a very late fastest lap of 1.48.607.

Behind the trio, Gonzalez (Drivex School) fought hard against Lundgaard’s attempts to take P4, but would eventually lose his pace in the last lap to leave the door opened for Christian Lundgaard to take P4.

Guillem Pujeu who was struggling in P9 for the majority of the race, managed to pick up his pace at the end and passed the chequered flag holding onto P7, passing Sami-Matti Trogen.

As the 3rd round is coming to an end, Christian Lundgaard is still leading the overall championship with 144 points, but Bent Viscaal is not P2 with 102 points and Alexander Smolyar P3 with 94 points.

Next round will be in one week shy as the teams will have few days off only before the 2017 F4 Spanish Championship certified by FIA hit the road to join Jerez Circuit for the 4th Round of the season. 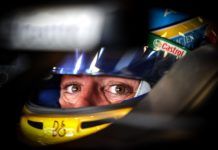