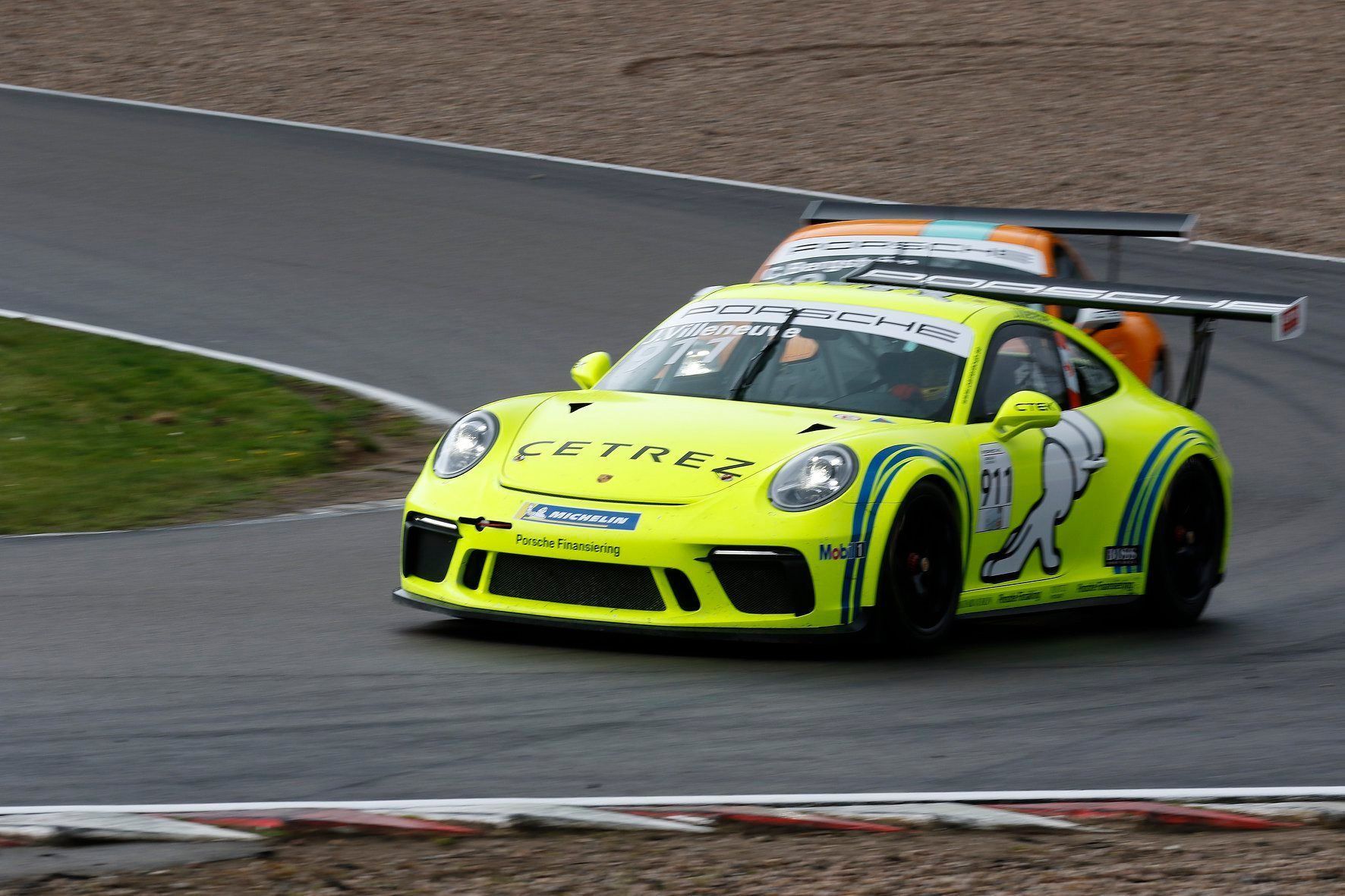 The 1997 F1 champion Jacques Villeneuve made his Porsche Carrera Cup debut in Scandinavia last weekend where he secured a Top 5 result.

Between his Euro NASCAR racing and F1 pundit commitments, Villeneuve was invited by Porsche Sweden to compete in the Round 1 of Porsche Carrera Cup Scandinavia at Ring Knutstorp last weekend for Mtech Competition in the #911 Porsche GT3 car.

The Canadian started the weekend as a guest racer in fourth in the lone practice session. He finished seventh in Q1 as he progressed to Q2, where he eventually qualified fifth. The Race 1 didn’t go as per the plan with the weather playing a key role.

Villeneuve was running well until a clash with Hugo Nerman which dropped him to the back of the field as he climbed up to 12th. He was trying another move with one lap remaining but crashed out, leaving him 18th in the classified result with a lap down.

The Race 2 was a better one for the Canadian as he finished a solid fifth but a bit behind the leaders and well ahead of the rest of the field. Overall, he described the weekend as a fun one to try a new car and also fresh competition to keep the passion alive.

As mentioned above, Villeneuve is racing full-time in Elite 1 category of Euro NASCAR – European version of America’s tin-top series. He drives a Chevrolet Camaro for Go Fas Racing with Round 2 scheduled for May 11-12 weekend in Italy.