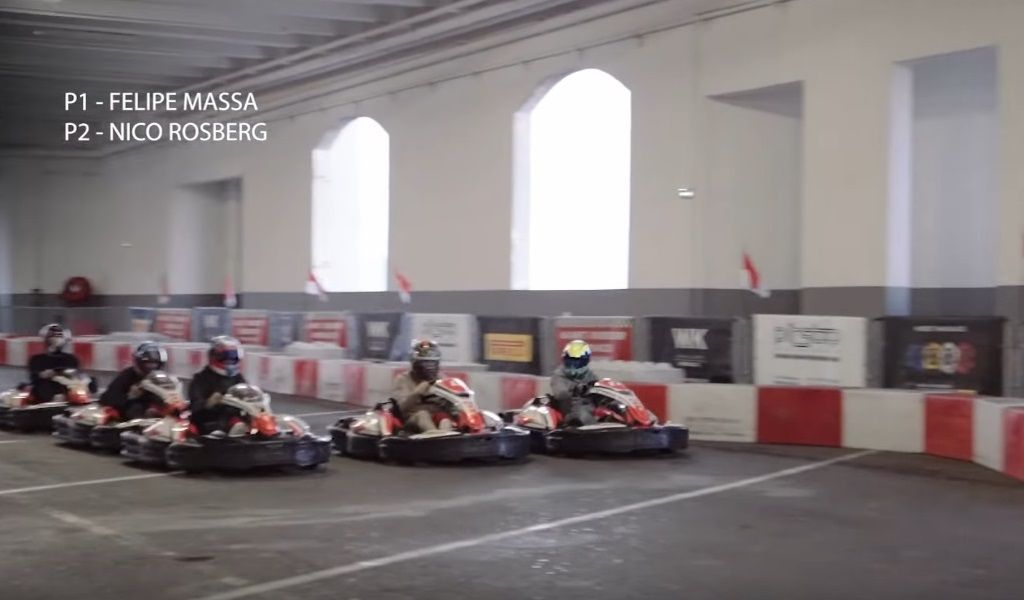 Two former F1 drivers Nico Rosberg and Felipe Massa had a competitive outing as the pair went head-to-head in an indoor karting competition in Monaco.

The two Monaco residents and ex-F1 drivers had a fun time at Indoor Kart Monaco as they competed in a karting event against each other and their friends. The day had practice sessions, followed by qualifying with two races with the racers using electric karts.

The final race took place in Le Mans-style with racers running towards their karts to start the race. While Rosberg won the first race, the 2016 F1 champion was only fourth in the second when he was bumped by Massa at the start – which they funnily argued about.

The Brazilian, on the other hand, ended up second in both the races. The final race was won by the circuit owner and former racer, Clivio Piccione – the Monegasque a race winner in GP2 Series in 2005 and also GT1 World Championship in 2011.

Rosberg, in fact, revealed Piccione raced against him and Lewis Hamilton in karting. Both the ex-F1 racers, meanwhile, have karting connections now with Rosberg owning a team through its academy and Formula E racer Massa as FIA Karting Commission President.

Here’s the video log from the German on the fun event: