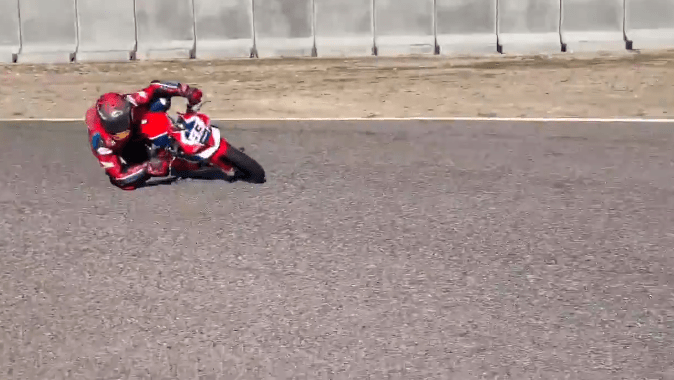 Marc Marquez has wasted no time after the doctor clearance as he is back on track, as the race to be ready for Qatar GP is on.

After a positive news from the doctors’ end for Honda’s Marquez last week, the MotoGP champion wasted no time and was straight on track albeit abode a mini moto. The Spaniard is pushing hard to make it on the grid when 2021 starts in Qatar.

Marquez has about a week and a half to be ready and take the flight to Losail circuit for the race of March 28, with Honda hoping that he makes it, to race alongside Pol Espargaro. The Spaniard has already missed the pre-season testing, which anyways sets him back.

Having missed all of 2020, it will be hard for Marquez to return and be 100 percent straight on. It will be a miracle if he makes it on the grid and be competitive straightaway. For Honda, though, they are keeping all options open for the moment.

Espargaro had some good running in Qatar and the Japanese manufacturer did field test rider, Stefan Bradl, just in case, the German is needed for the first two weekends. Here’s the video uploaded by Marquez:

Here’s how the final day of Qatar MotoGP test went