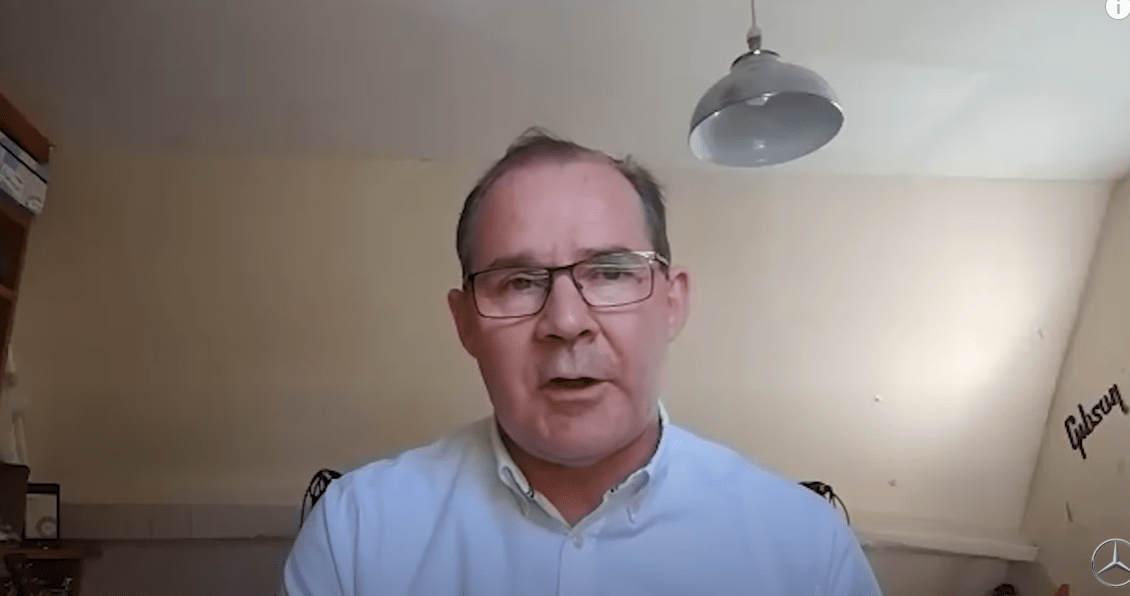 The new ‘In Conversation With’ episode by Mercedes has Peter Hodgkinson talking about his career moves from sportacar to F1 and time with BAR Honda, Brawn and Mercedes.

The latest Mercedes ‘In Conversation With’ episode welcomed Peter Hodgkinson – known as ‘Hodgy’ within the team – as the guest, where the New Zealand native started the conversation by discussing the beginnings of his life, as well as the early stages of his professional existence, in which he moved to America.

Hodgkinson picked apart his career switches from operation to operation, one of which was the move to Tom Walkinson – a move that was discussed in-depth, as he spoke on his motivation to work with the Scottish team owner.

On that note, he also reflected on the 1990 Le Mans, in which he worked with Jaguar on their XJR. Continuing on the topic of his work under Walkinson, he spoke on his introduction to F1 when he was employed by Arrows.

Looking back on his early time in F1, Hodgkinson told of his time bouncing around before landing at BAR Honda – a team with which he enjoyed considerable success until the team left the sport in the midst of the financial collapse of the time period.

This was a particularly interesting time for Hodgkinson, primarily because of how it ended. With Honda leaving, he was left without a job for 2009, but in what is one of F1’s most renowned fairy tales, Ross Brawn saved the team that went on to win the 2009 championship with an inventive diffuser and nose design combination.

Inevitably this was brought up, as Hodgkinson told of what it was like to be on the inside of F1’s craziest stories with his career on the line. He revealed that in the season, the team were so low on funds that they were prohibited from printing in color.

That was, of course, before Mercedes stepped in and took over the team for 2010 in an exciting development, it being another one that Hodgkinson discussed at length. Mercedes stayed with their F1 project from 2010 to 2013, persisting to no avail. However, things changed in 2014.

The team perfected the 2014 engine formula, mastering the new aerodynamics as well. The result was a run of unmatched performance that Hodgkinson looked back on in the interview before ending the installment by telling the audience how to follow their passions.

Here’s the full video of Mercedes ‘In Conversation With’: