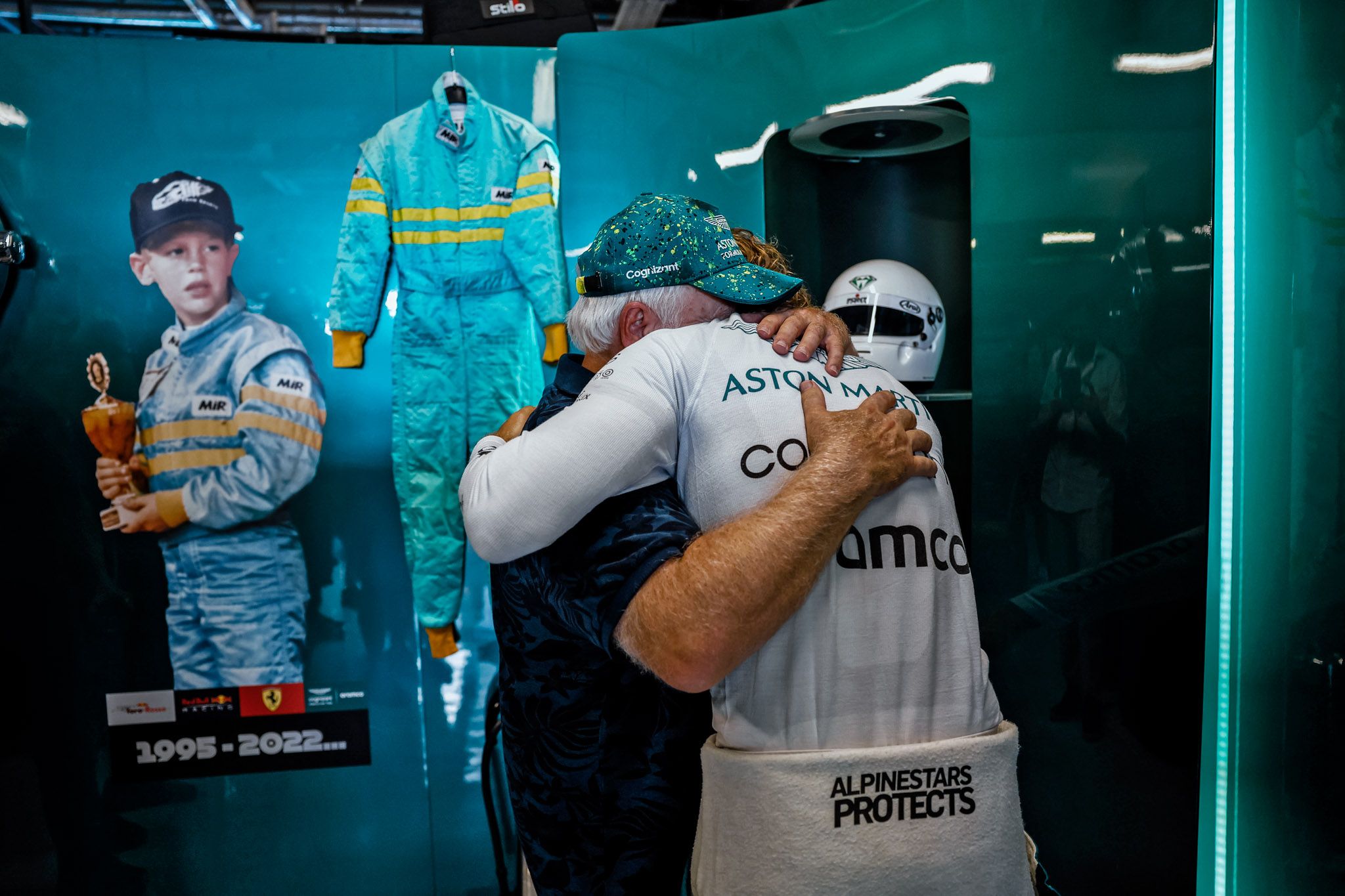 Norbert Vettel – father of Sebastian – opens up on his journey with his son from karting to BMW Sauber and then having the success to the end.

His father Norbert was ‘part’ of the Aston Martin team in the final weekend in Abu Dhabi as he has been with his son all-through his career. With Vettel having left F1, his father does agree that his son would be missing the sport having been part for so long.

“I think yes,” said Norbert in a story on F1 website. “This is my feeling. Seb’s feeling, I do not know. When you’ve been in this hamster wheel for so many years, racing since he was eight, it’s hard to know how he will feel now he is off the wheel. I don’t know what he will do next year. I don’t know what I will do either. I say to Seb: thank you for all this nice time. Have a good time.”

While discussing Sebastian’s journey, Norbert went back in time to the current. He talked about the karting journey where he had to make changes to his pedal as Vettel couldn’t reach to the throttle and how he used to push even in wet weather.

“He was small, so I added some material to the pedals so he could reach the throttle and the brake,” said Norbert. “We had to pad the seat out, too, as the seat was just too big. We marked out a track with a hairpin near where I worked. I stood at the side of the track, before the hairpin, to mark out where Sebastian needed to brake.

“That was the first thing he learned – braking points. Sebastian loved to drive in the wet. I asked him to come inside for lunch and to let his sister drive the kart while he was eating, but he said, ‘No, I’ll stay here.’ He wouldn’t get out. He just wanted to keep trying, keep learning. He was fascinated,” summed up Norbert.

Having then gone through the rugs of junior career, Vettel finally got a break to replace injured Robert Kubica for BMW Sauber and Norbert had to fly in from Europe upon his request. Post that as we all know, he moved to Toro Rosso where he had his first win which led to Red Bull and the world championships.

“I said okay – and I started ringing around for flights,” recalled Norbert, “I left at 6am and flew to Amsterdam. And then to Detroit. And then to Indianapolis. And I made it there late at night. It was crazy, but I made it. Seeing Sebastian get into his overalls, and step into the cockpit for the first time, I felt nervous. I’m always nervous, whether it’s testing, practice, qualifying or the race. I’m nervous.

“If I’m not at the track, I’m following every session, either watching the TV or listening to the radio or if I can’t get either of those, I just follow the live timing, looking at every lap Sebastian does. I’m always nervous for him. Next year, I won’t be nervous! Seb was every time good in the rain [while speaking of his first F1 win]

“He had such a good feel for the car, for the tyres in those conditions [at Monza]. Moving on, it was a nice time [at Red Bull] – I was just so proud of him. Every father, every mother, you do everything for the children. So to watch him go from karting to world champion was incredible,” summed up Norbert.