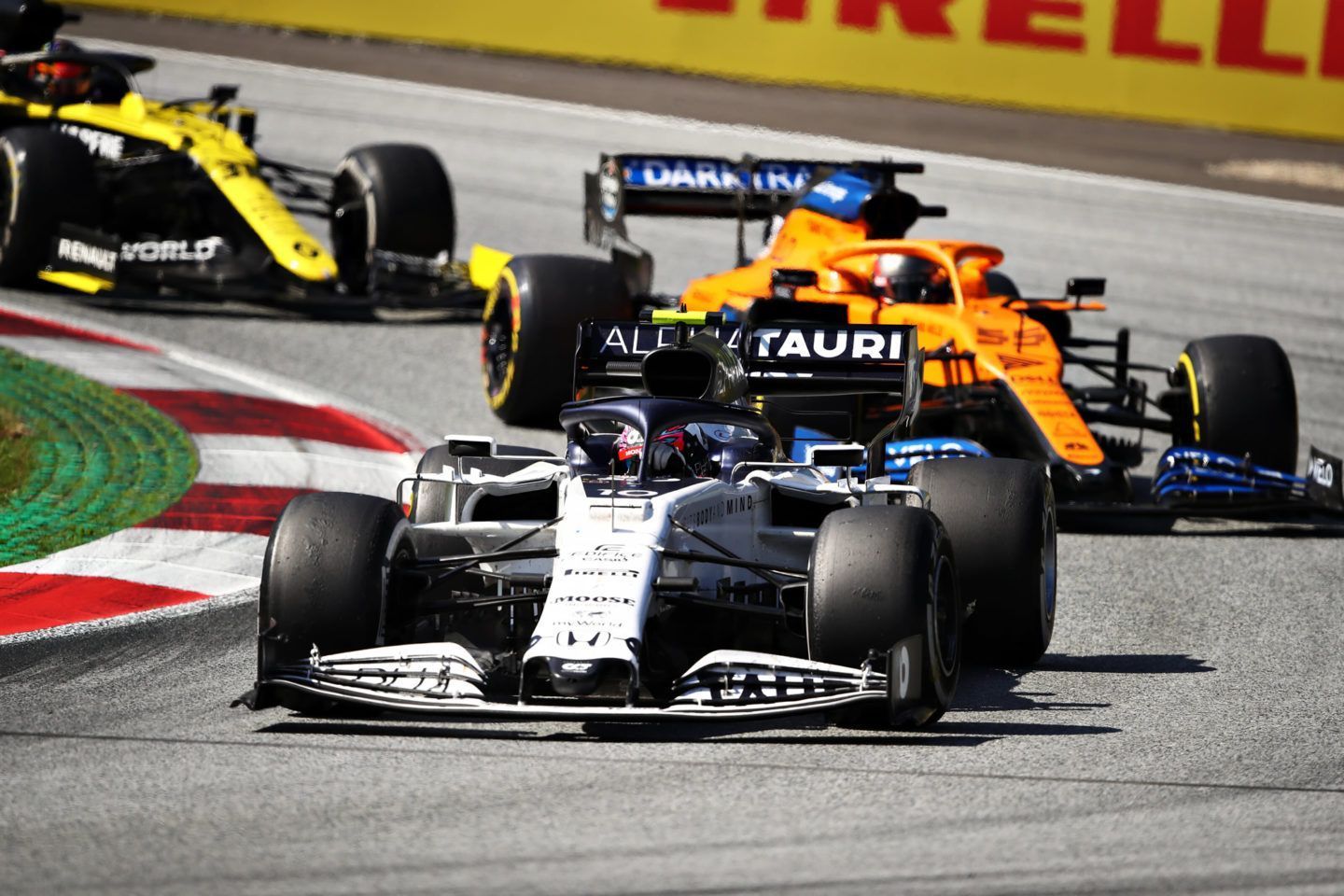 AlphaTauri’s Pierre Gasly reveals that he almost retired from F1 Austrian GP as Daniil Kvyat explains how his tyre exploded in dramatic fashion.

From the outside looking in, Gasly had a relatively uneventful day during F1 Austrian GP. At least, relative to that of his rivals, nearly half of whom had DNFs for one reason or another, and almost all of whom were involved in some form of an incident.

The race that Gasly endured, though, was not even remotely without drama. Not only did he put on a heroic effort to drive from his starting position of 12th to ultimately finish seventh, keeping his nose clean in a race of attrition, but he also had severe braking issues that nearly forced a retirement, as the Frenchman explained post-race.

Gasly told media that AlphaTauri weighed ending his race on Lap 10, but he asked for one more lap to attempt to sort the issues out, and was granted the opportunity. “First of all, it is amazing to get back to racing and have this kind of race, it was really exciting,” he said.

“If someone would have told me that you’ll be P7 on Sunday straightaway at the beginning of the weekend, we wouldn’t have believed it. We knew it will be tough and challenging against McLaren, Renault and Racing Point, but we stayed out of trouble and in the end managed to get some points after some good fighting.

“For us, though, we were very close from retiring the car as the team asked me to pit on Lap 10 because my brake pedal was completely flat and the temperature was going over the roof. I just asked for one lap and they told me to try.

“We did that and it got better and we finished P7, so from retiring to staying on, I think it will be key for the season to acquire as much points,” summed up Gasly. He was the sole finisher as teammate Kvyat had troubles of his own.

Late in the race, Kvyat had a dramatic tyre explosion, that sent him off the track and out of the F1 Austrian GP. The AlphaTauri driver pinned the tyre’s failure on an un-aired collision with Esteban Ocon that left him with a broken front wing and suspension damage.

“The race was going really well for me until the contact with Ocon, I had a very good pace and fresher tyres,” said Kvyat. “After the collision, my front wing and a suspension broke, I also had a puncture, so my race was over.

“This moment cost me a lot of points, so it’s a real shame and very disappointing to finish the day like this. It could have been a very strong race for me.” Despite retiring, Kvyat was classified as 12th as he completed more than 90 percent of the F1 grand prix.

For AlphaTauri, it was a welcome six points when their immediate rivals like Haas and Alfa Romeo Racing collectively scored one via Antonio Giovinazzi. Team principal Franz Tost added: “Generally speaking, the race was very exciting with the deployment of quite a few safety cars which have helped the show.

“Pierre Gasly ‘s seventh-place finish was the best possible result we could have achieved, also considering that we started in 12th and 13th position on the grid. Both drivers did a really good job, together with the team, who operated very well and took the right decisions strategy-wise.

“Daniil Kvyat could also have scored points, but the collision with Ocon compromised his race due to a suspension failure, which we need to investigate now. The progress showed by the team, with steps forward in the general setup and relative performance from Friday’s sessions to the race, makes us look forward to next week’s race.”

Here’s the video from F1 where Kvyat and Ocon collided: https://www.formula1.com/en/video/2020/7/Austrian_Grand_Prix_2020__Kvyat_battles_with_Ocon.html