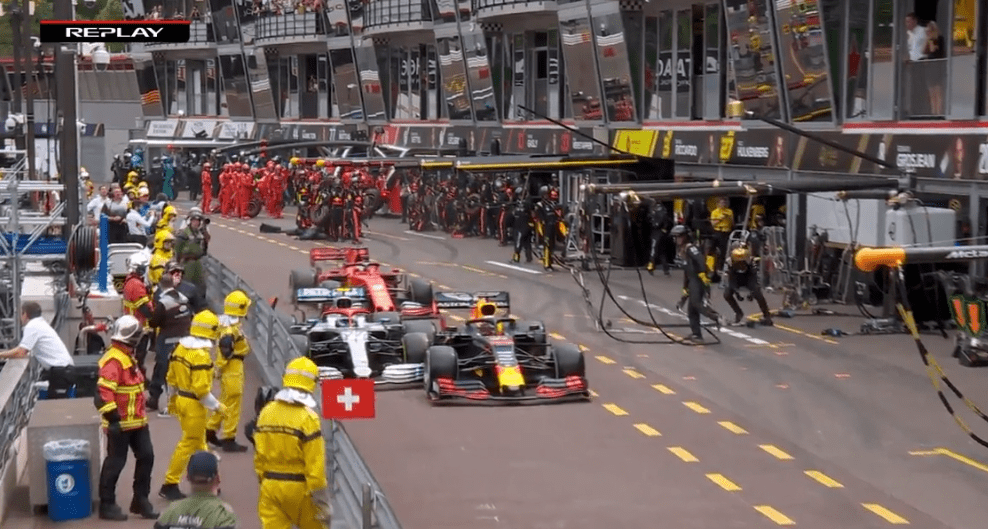 The two F1 champions Sebastian Vettel and Lewis Hamilton have similar views on penalty to Red Bull Racing’s Max Verstappen in Monaco GP but have opposing ones in general.

Verstappen was handed a five-second time penalty for Red Hull’s unsafe release, when the Dutchman was left on the path of Mercedes Valtteri Bottas. Ferrari’s Sebastian Vettel had the best view of what happened after that as Bottas and Verstappen collided.

Usually, the stewards comes hard on unsafe releases which also sometimes includes a fine but Verstappen was only given five second which some pundits thought was lenient. Neither Bottas nor Toto Wolff challenged it though and were fine.

On a more general term and taking reference of Verstappen’s unsafe release, both Vettel and Hamilton were asked about their views on the Dutchman getting penalised as opposed to the team, the two felt fair in Monaco’s case even though Vettel is no fan of penalties.

“Obviously, in Monaco, it is a tricky one to call because you have no space in the pit lane,” said Vettel. “I’m not a fan of penalties in general but then you need to find some way of limiting some of the actions, obviously.

“It was close with some of the hoses if the pit lane is not designed to have two cars fighting each other. I’m sure they looked at it again and again and again. From behind, it looked like Max should have left more space but as I said, this small decision.

“I don’t know if Max was ahead, so I don’t know if it was necessary to squeeze Valtteri so much. I don’t know if there was something in front of him. I can’t see that much beyond his car but as I said, in general I’m not a fan of penalties.

“I’m sure they had to obviously look at it and that’s what they decided, so fair enough.” At the same time, Hamilton was more taking it in general where it is a team game and whether it is the team or the driver, they have to take it to the chin.

“Ultimately, it’s a team sport so you pay the price together, collectively,” said Hamilton. “If we make a mistake on track, the team pays a price and if the team makes a mistake the driver pays the price, so it’s one of those scenarios.

“I’ve not seen it but I could imagine that the unsafe release is not a good thing but I think it’s a potential for shunts. I think someone coming in and we saw at places like Budapest years ago and also the mechanics who are sitting in the garage or in the pit lane.

“So, it puts people in harm’s way so ultimately, but again, I’ve not seen it. But I do think it’s a team sport so we take the price together.” Penalties have been a point of contention for long and the FIA stewards have said they are trying to be more open these days.