Home F1 Vettel fine to ‘serve the team’ in Belgian GP after having no... 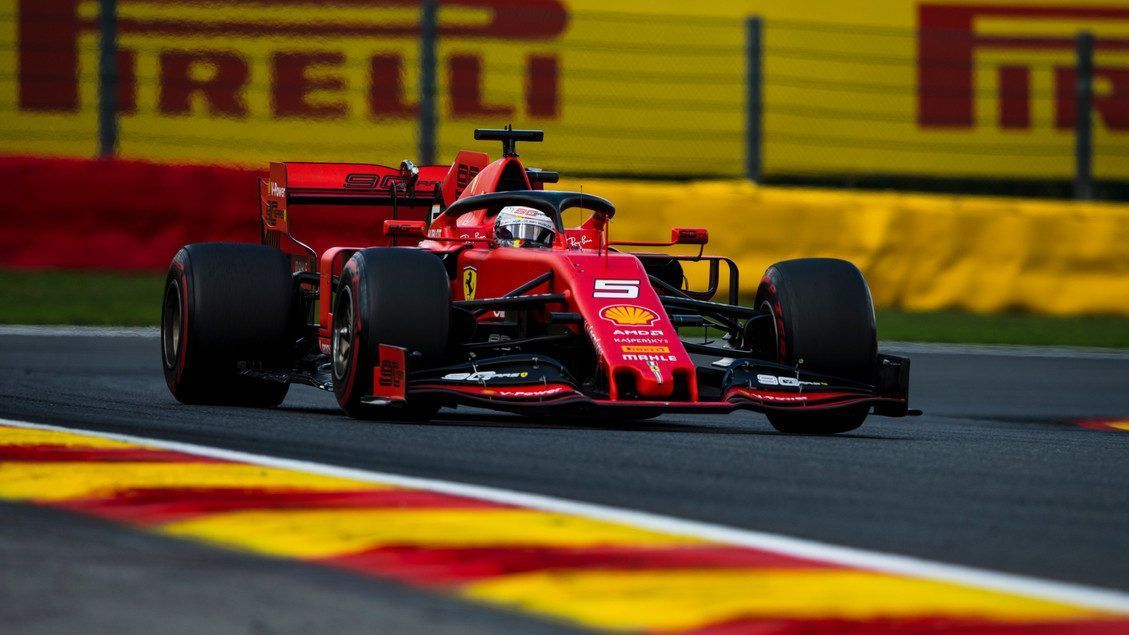 Sebastian Vettel was fine to play a second fiddle in Ferrari in F1 Belgian GP after immediately understanding that he doesn’t have the pace to win.

Already in his first stint, Vettel had multiple lock-ups at the start of F1 Belgian GP at Spa-Francorchamps, which set him behind Ferrari teammate Charles Leclerc. He even lost to Mercedes’ Lewis Hamilton for one corner.

However, Vettel retook second but the pace was not there unlike Leclerc. An early stop helped him have track position over Leclerc but it was only time for the Monegasque to come through and pass at ease.

Ferrari played it safe and asked Vettel to move aside as the German then had the job to keep Hamilton at bay. Vettel’s few laps of holding the Mercedes cars, eventually helped Ferrari to seal the win.

He did lose out to both Hamilton and Valtteri Bottas to end up fourth after a second stop but he helped Leclerc and Ferrari register their first F1 win respectively – for former, it was career’s first and for latter, first in 2019.

For Vettel, he already knew that he doesn’t have the pace to win and so he was happy to play a second fiddle and serve the team. Even in the team photo, he duly stood behind as Leclerc earned the centerstage.

“I am happy for the team, yes, but for myself, I am definitely not happy with the results,” said Vettel to the media. “I mean I didn’t have the pace ultimately, as I was struggling to stay on tyres which normally is not a problem for me as I was sliding too much.

“It was a tough race and from some point onward, it was clear that we won’t be in the fight, so all I could by then was to serve the team. I was struggling in the corners which allowed Lewis to get close and then I couldn’t hold him off for long.

“I tried obviously to make him lose time in order to give Charles a cushion. In the end, it was enough.” The win for Leclerc was much deserved one but it also means that Vettel hasn’t won a F1 race for one full season now.

Despite the German and Ferrari believing that 2019 Canadian GP win was theirs but on official data, it is a win for Hamilton and Mercedes. The help for Leclerc was acknowledged by Mattia Binotto as well.

Alexander Albon on having no pressure as media thought