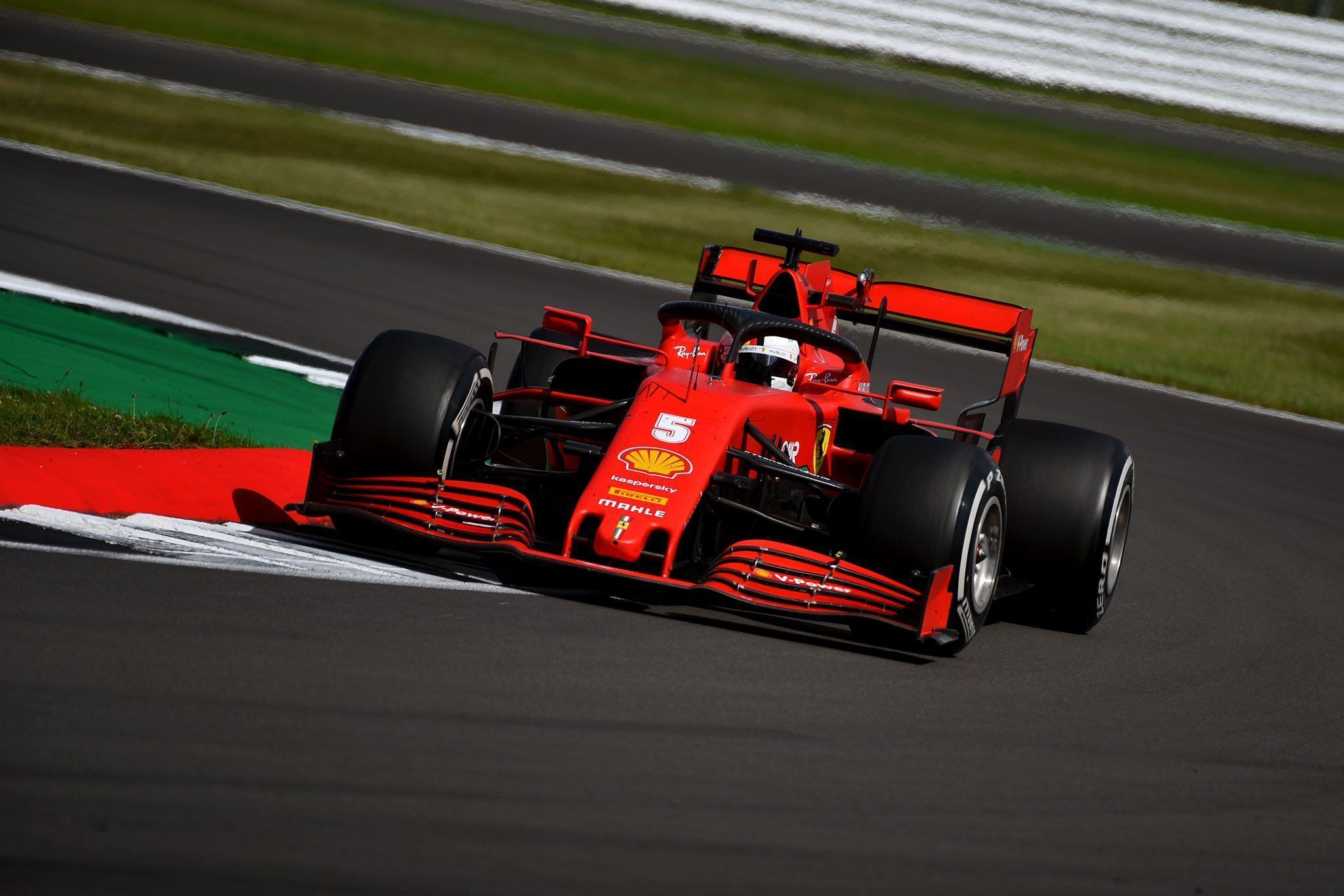 Sebastian Vettel was confused after F1 British GP as he felt something didn’t stack up as Charles Leclerc says he could extract more in his Ferrari.

Throughout the weekend, Vettel seemed unable to nail down the right set-up, and as such his mindset was off. It, in fact, it took mechanical issues hitting a number of his rivals to allow him so score a point, Carlos Sainz and Valtteri Bottas being two that had been ahead of him, but fell out of the points-scoring positions and thereby promoted him.

His lack of pace and seemingly inexplicable struggles confused many – despite the lack of track time – but nobody more so than Vettel himself, who leaves Silverstone scratching his head after a sub-par weekend not befitting of the four-time world champion.

“It was good to have so many laps in the race and clearly I was compromised with where I was in the race in traffic and so on, but nevertheless I didn’t have the pace to make progress through the field,” said Vettel. “I had to obviously gave up a couple of positions, so it was pretty much the opposite.

“But it’s good to have so many laps, I tried a lot of things but at the moment, I’m just really struggling to extract the grip from the car, so now we have to have a look and see what we can find. The result was very poor but the car was very difficult to drive.

“I struggled to find my confidence, I don’t know, so we need to have a good look because if I struggled for so many laps in the race, it was beginning till the end then there’s probably something that doesn’t stack up. It was not a very stressful race.

“It was just that we didn’t have a chance as people around me were faster and I was overtaken. It was very difficult to manage myself on track, physically, it was not a tough race at all because I could never attack the car as it didn’t allow me to do what I like,” summed up Vettel.

Admittedly, Vettel ‘s teammate Leclerc, too, benefited from the tyre failures of Bottas in his journey to the bottom step of the podium. Heading into the weekend, Ferrari were expected to be on the back foot given the nature of Silverstone, which is incompatible with their car – one that lacks power.

After the race, Leclerc admitted that his podium appearance was highly unexpected, as he feels he extracted the maximum out of his SF1000 in a weekend he was satisfied with. “It’s definitely a lot more unexpected for this year than 2019, that’s for sure,” he said.

“We know we’ve been lucky to get on the podium but apart from that I’m pretty satisfied with the way we’ve been working throughout the weekend. For sure we don’t want to be fighting for fourth place for so long but at the moment that’s what the car is capable of.

“I think we extracted absolutely everything out of the strategy and the car. Very happy and a very unexpected podium but probably more satisfied than last year for the third place. We had a very aggressive downforce level coming here, so we had quite a lot of speed in the straights but very difficult around the corners.

“We were quite worried for the race pace, especially for the tyre degradation – but we managed to do quite a good job on that,” explained Leclerc, who would go on to discuss the risks associated with the aforementioned aggressive downforce levels – risks that he explains were of little concern to him in qualifying or the race.

From Binotto’s point of view, the Italian felt that Leclerc was able to extract everything out of the car but the problems faced by Vettel during the weekend hurt his chances in the grand prix. “I think certainly with Charles we optimised the package and we extract most of the potential from the car,” he said.

“And a great race, so pretty happy in that respect. I think we generally worked well through the weekend, on the circuit on the aero package on the tyres management. We cannot be happy with the problems we have on Friday.

“It were reliability problems and installation problems which simply did not help the situation of Sebastien, so the weekend has not been a perfect weekend on our side. That’s leaving aside the overall performance of the car which at the moment is not great enough.”

Here’s Pierre Gasly on the fight against Sebastian Vettel

Here’s Mattia Binotto moving away from technical side

Here’s Sebastian Vettel on his lifestyle