Home F1 Vettel feels they are unable to put ‘strong’ Ferrari car in the... 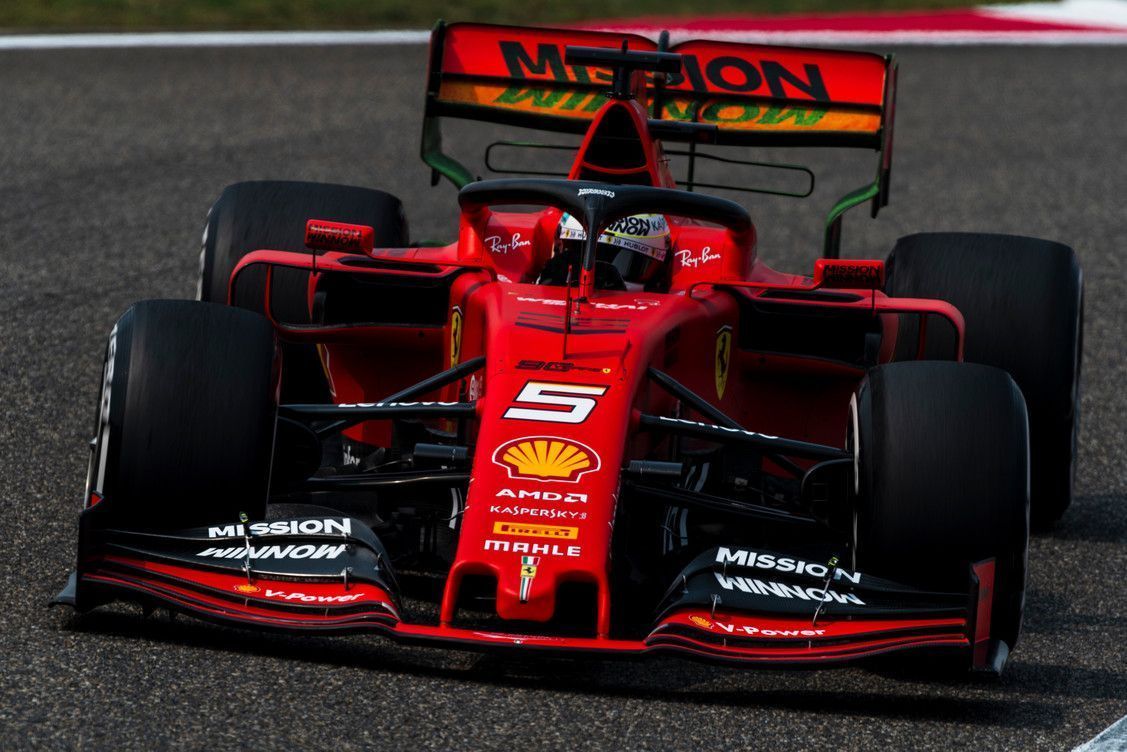 Sebastian Vettel insists that the 2019 Ferrari is a ‘strong car’ but they are just unable to put it in the right window so far to extract the maximum.

Its been an up and down 2019 F1 season already for Ferrari as they lag behind by 57 points to Mercedes despite having a strong car as per Vettel. It was nowhere in Australia but fought back well in Bahrain with a supreme pace.

But China again showed a different side where it just scrapped on the podium. The engine side has seen a definite gain but it looks like the Italian manufacturer is now lacking on the aero side where Mercedes has all the advantage to reap the rewards.

It is still early days and Bahrain certainly showed the inherent pace of the 2019 Ferrari car but such points lag when Mercedes has taken three consecutive 1-2 finishes, it will definitely hurt the morale of the team going forward.

Vettel, who has had a good outing in Australia and also China, feels that collectively they haven’t managed to put the car in the right window to reap the benefits. The only race where they could do it was Bahrain but a freak issue stopped Charles Leclerc’s charge.

“We have a very strong car, there’s nothing wrong with it but I think we’re not able to yet put it in the window,” said Vettel to the media. “Especially for myself. I’m not entirely happy yet compared to where we started off.

“Obviously the three tracks we’ve been to now are quite different. The conditions we had are different – but I think we start to see a sort of pattern and understand what – especially throughout a grand prix distance – understand what we need.

“Plus what I need, to really unlock this car. I think these couple of weeks and the next weeks will be very important for us to understand where we need to go in the next months. Clearly, we were not as fast as Mercedes in China.

“But nothing shocks us [when compared to Mercedes’ performances so far]. I think, at this point and as I said, it’s a question of putting it together. Obviously Mercedes had a good run with the first three races.

“I think in Australia we struggled with the conditions, and probably set-up. I think we learned our lessons for Bahrain, it was a lot better. Still, here and there, there are some parts of the race where we are too weak. I think it showed again in China.

“So, I think we can be very happy with where we are on the engine side. It seems to be strong. I think overall our car is working and there’s nothing wrong with it – but I think it’s just about placing it in the right window.

“And then being able to extract the performance that the car has, which I think Charles was able to show in Bahrain more than myself and then it seems to be there somewhere but at the moment seems to be a bit more difficult to find where it is, to be able to be a fair match to Mercedes at this point.”