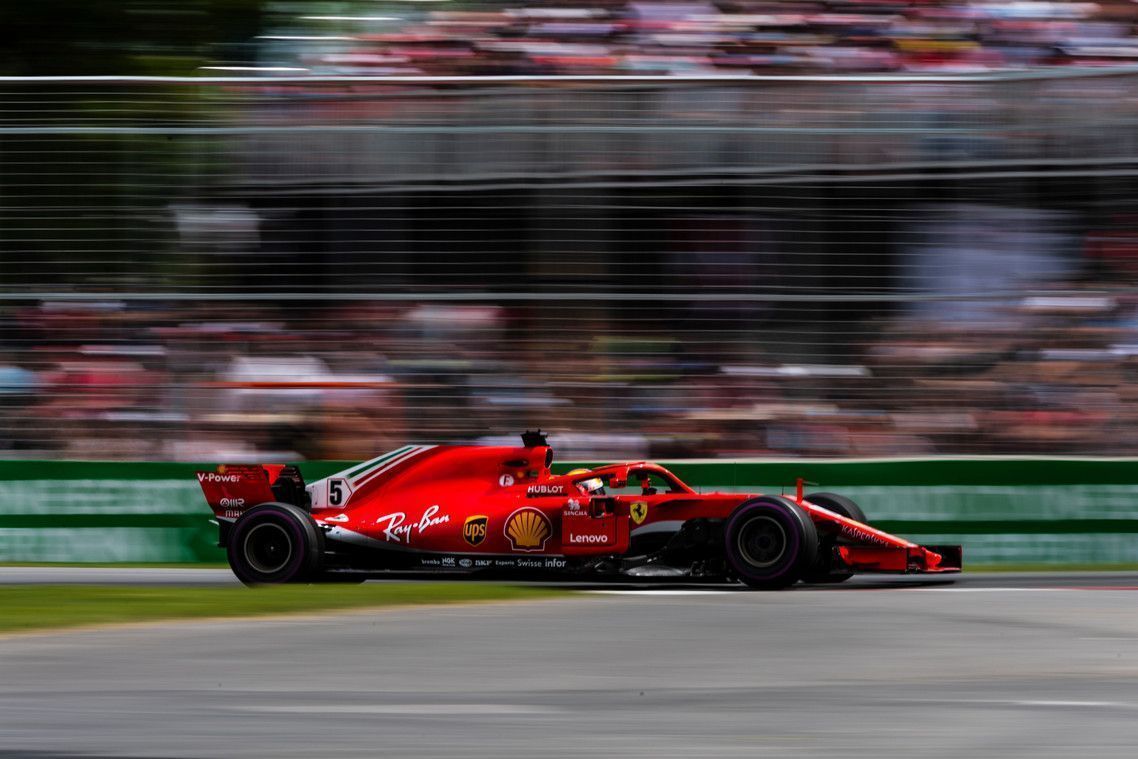 Ferrari’s Sebastian Vettel was unsettled when the question arose regarding the ‘boring’ racing in the Canadian Grand Prix during the press conference which follows up after a relatively subdued Monaco Grand Prix weekend.

While both the races didn’t have a high amount of overtakes or wheel-to-wheel battles, but it had its fair share of dramas whether it was Daniel Ricciardo’s heroic victory-drive in Monaco in a stricken Red Bull car or Vettel’s busy race despite in lead in Canada.

The German argued that the 2018 Formula 1 season has had some fantastic highs and that it is unjustified to criticise the racing in general when the drivers are always in the fight even though they have a healthy lead.

“Life’s like this, or racing. Racing’s probably like this. I don’t think it’s justified to criticise the racing, or criticise this race,” he started. “I don’t know if it was boring. From my point of view, obviously, it’s still busy inside the car no matter where you are but I don’t like… I don’t know why people today are so short-sighted.

“We had seven races this year, I think some were phenomenal, some were boring – but next week the World Cup is starting and I promise you that a lot of the games will not be exciting – but still people will watch it – but some games will be incredible.

“That’s what we always look forward to – but it can’t just always continue to go up and get better. So, I don’t know, there’s no reason, don’t even look for an answer, don’t write anything. Write about something else.

The order pretty much stayed the same after the opening lap with Vettel in lead from Mercedes’ Valtteri Bottas and Red Bull Racing’s Max Verstappen. There was some movements behind though with Ricciardo getting both Lewis Hamilton (Mercedes) and Kimi Raikkonen (Ferrari).

The Australian cleared Raikkonen on Lap 1 while a favourable pit stop helped him to get ahead of Hamilton. The Top 3 remained close to each other, while the next three were 20 seconds apart but again together.

Bottas sided Vettel as well after the Finn also had a lonely race barring the start when Verstappen almost got him in Turn 2 and during the end stages when he had to lift and coast to preserve fuel in what became a 68-lap race.

“For me it was, at the second place all the time, all through the race,” he said. “I think Turns One and Two was quite exciting with Max, that was good fun but yeah, since then, for us, we really tried to push Ferrari in the first stint – but we just couldn’t match the pace.

“We used quite a bit of fuel in the first stint so had to save a lot at the end of the second stint, so yeah, pretty stable race in that way, so not that much happening. But like Seb said, for sure, we, in the case, we are always pushing everything we can. It’s not like we are getting time enough to get bored in the car.

“There is always something to do, and we needed to keep concentrated 100 per cent – so yeah, for sure, there will be good races, there’s no doubt it’s just we’ve had a couple of races in a row where there is not many things happening – but this year already there have been races that have been amazing to watch. I’m sure it’s going to be on the way soon.”