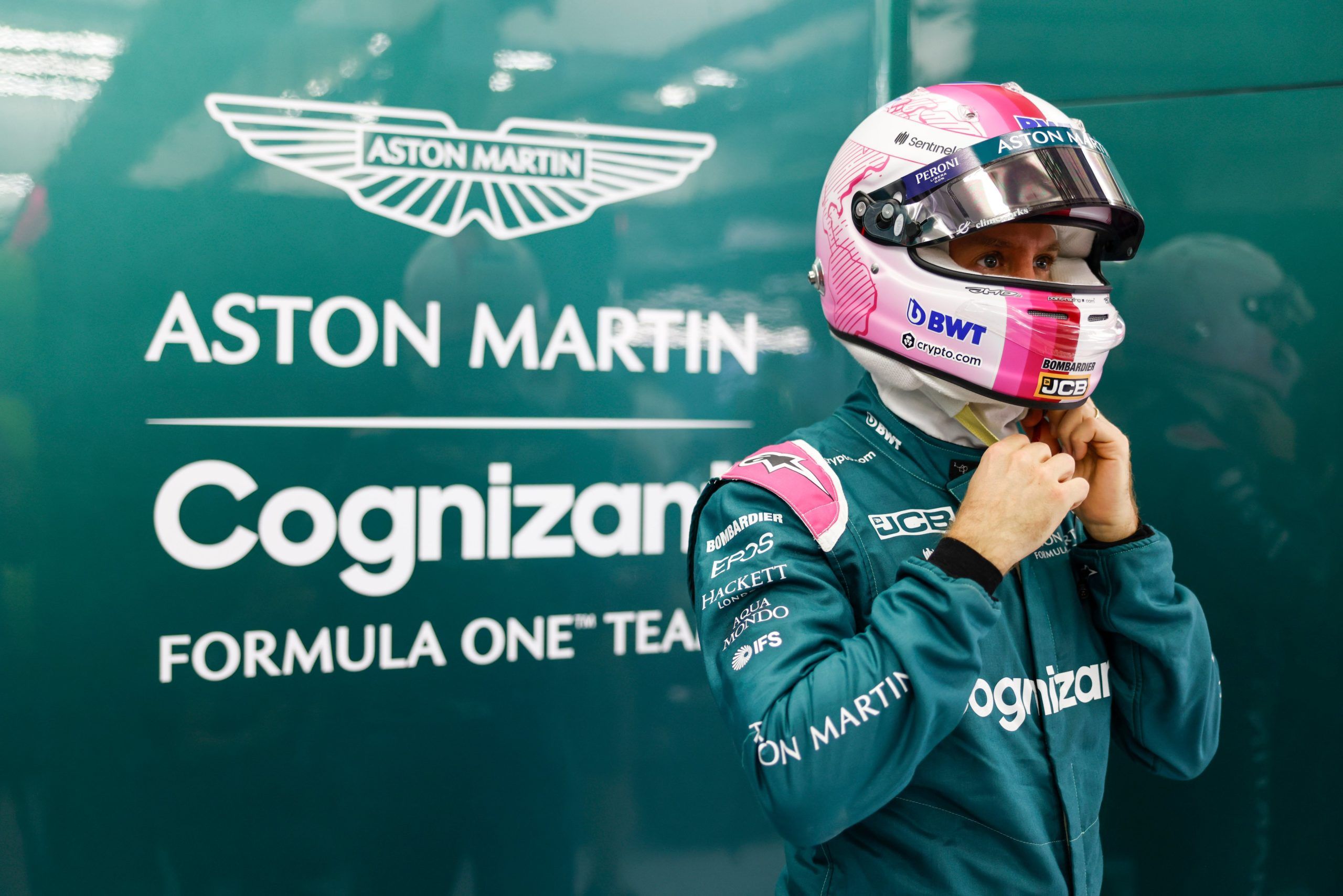 Sebastian Vettel will sport a pink helmet as he ties-up with BWT as its ambassador ahead of 2021 F1 season, while PMI explains Mission Winnow green logo.

Having partnered with Racing Point for multiple F1 seasons, BWT announced a late deal with Aston Martin for the 2021 season. It wasn’t the same outcome as the AMR21 only had pink stripes, whereas the racing suit had the shoulders coloured pink.

However, the filming day had Vettel sporting a pink helmet as opposed to his usual white one with German flag. Certain reports linked the German F1 racer with BWT but nothing was made official until the first day of pre-season testing in Bahrain.

BWT announced Vettel as its ambassador, noting the idea for the German to carry the pink helmet in 2021 with the message ‘Change the world, sip by sip’ on the back. He is already wearing it in Bahrain, with him driving the AMR21 first, before Lance Stroll.

“The future is important and we must do our best to protect the planet for children and young people,” said Vettel, as he continues his bit to look after the environment. “We all share this responsibility and if we come together we can make a difference.

“As a Formula 1 driver, I think it’s right to speak up on this subject and have my voice heard. I am pleased to have found a partner in BWT that shares the same perspective and goals. By cutting down the amount of plastic waste, we can make the world a little better, sip by sip.”

The partnership between BWT and Vettel will start by converting kindergarten and schools into ‘BWT Bottle Free Zones’, which will enable thousands of children to enjoy healthy and sustainable drinking water going forward. The idea is to lower disposable plastic bottles.

At the same time, BWT’s CMO Lutz Hubner said: “With Sebastian, we were able to find the ideal ambassador who perfectly represents our mission – to make the world a little bit better, sip by sip. Sebastian is not only an outstanding athlete but above all a great person with principles, a clear opinion and civil courage. Together with him, we are going to make a lasting contribution to the preservation of our planet.”

Elsewhere, Ferrari’s main sponsor Philip Morris International, explained the reasoning behind the Mission Winnow logo going green. The environment-friendly brand is experimenting its visual identity and this is another step in that direction.

“From the start, Mission Winnow has always experimented with its visual identity,” a statement read, as per Racefans. “Much like a green screen does for film, the green arrow represents possibility and opens the opportunity to imagine new horizons.

“Regardless of opinions about the colour, sparking debate and creating dialogue is exactly what Mission Winnow is meant to do. We have consistently encouraged people to place their preconceptions about our company aside and to open their mind to the transformation we are going through.

“More broadly, Mission Winnow focus on promoting [and] driving positive change, fostering engagement and opening conversations around the role that science, technology and innovation can play in helping to address a range of societal challenges – now and into the future. We strongly contest Ferrari’s choice to resort once again to a sponsor directly linked to tobacco, despite the legal prohibitions and the serious health effects of smoking on human health.” 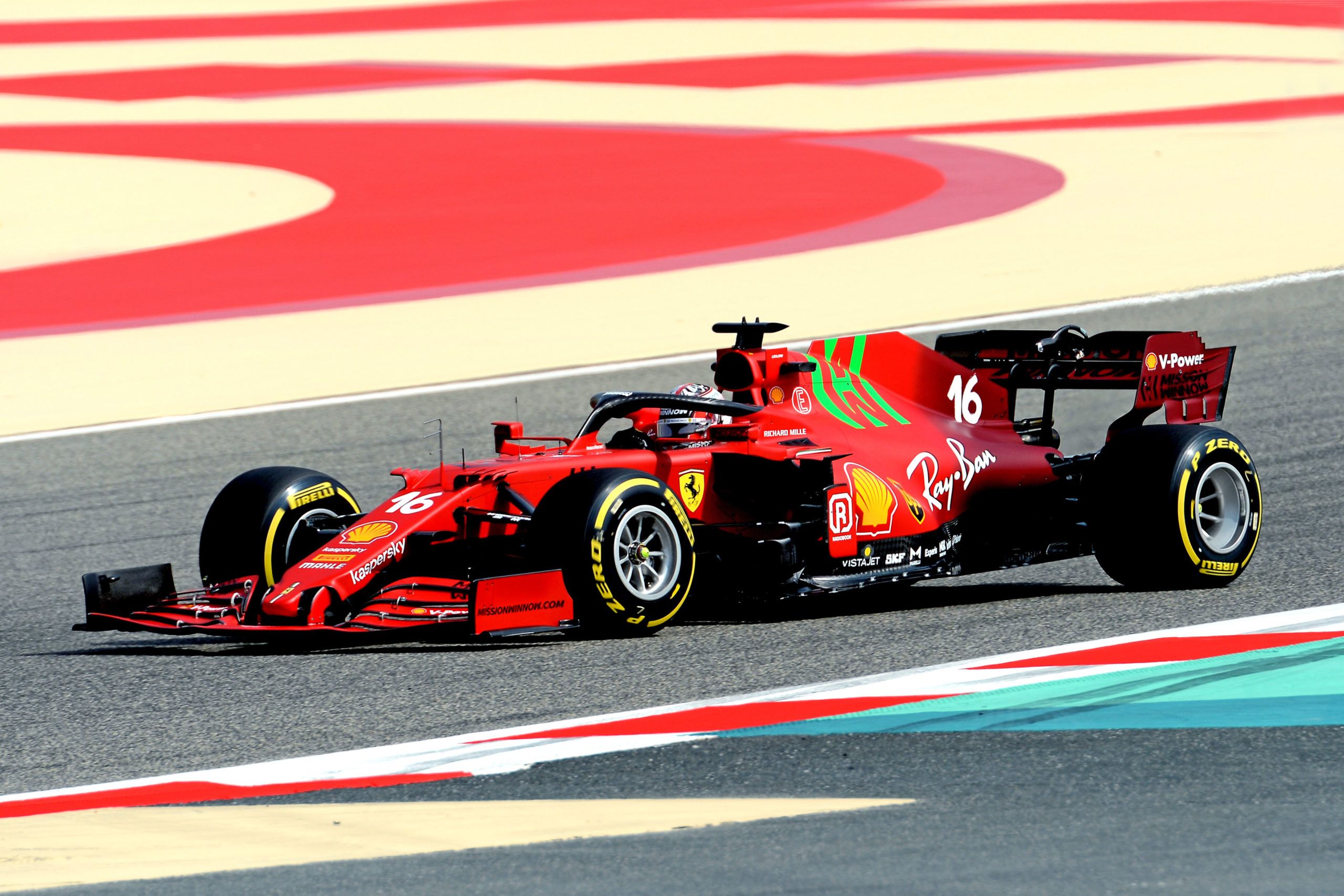