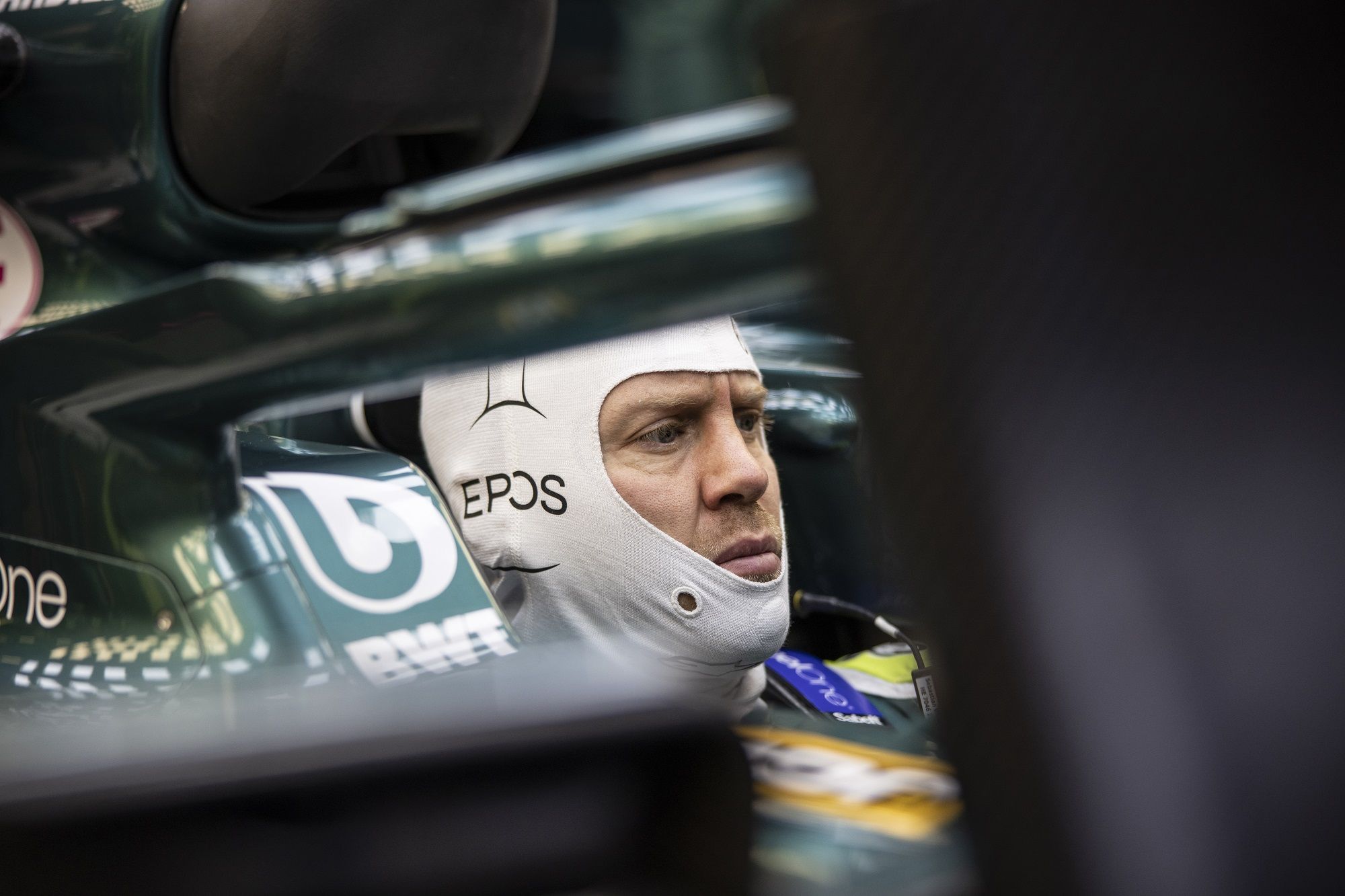 Aston Martin’s Sebastian Vettel speaks on his goal to move forward with the team in 2021, dismissing that Mercedes will inhibit them.

In 2020, Aston Martin technical director Andrew Green alleged that Vettel had lost his “mojo” behind the wheel as his results fell off in the difficult year with Ferrari, who ultimately had their worst season since 1980. But he was also confident that the German could rediscover his touch at his new team, for whom he had just signed.

Vettel confesses he was not at his happiest in 2020, but does imply that he appreciates Aston Martin’s ‘very enthusiastic’ team culture, which he says is not focused on designer office chairs, but rather dedication to work. The German also makes note of the size of Aston Martin, a much smaller team than Ferrari.

The 33-year-old appears confident in the team, who continue to benefit from increased funds with support from Aston Martin. “The mojo term is not a German term, so whoever the guy mojo is, he doesn’t exist in Germany! Maybe that’s an easy way out of this question for me,” joked Vettel when speaking to media including F1, Racefans and more.

“Things are a bit different, but it’s not about the fancy looks or the fancy expensive designer chairs in the office, it’s more about the work that is done behind the scenes. From what I’ve seen the people are very capable, very talented, and it’s probably the first time in the past one or two years that they’re getting the oxygen to breathe,” Vettel said.

He dismissed suggestions that Aston Martin could be held back by engine supplier Mercedes, saying that this is an ‘out of date’ idea, and one not commonly practiced in F1. The German makes clear that he expects fair treatment from the engine manufacturer, and wisecracked that for them to be a threat to Mercedes, this would be an achievement on its own.

“I’m not worried about that, I think those fears are old-school,” said Vettel. “The world has moved on. In the past probably [that thinking was] right, but that past is long [ago] and far away. With somebody like Mercedes I think you can trust that you get fair treatment, and if you are faster you are allowed to beat them.

“This sort of mindset is out of date as a principal. I see where you’re coming from but I’m not worried. If we are close to Mercedes that’s a very good achievement so it’s the last thing I am worried about,” Vettel clarified.