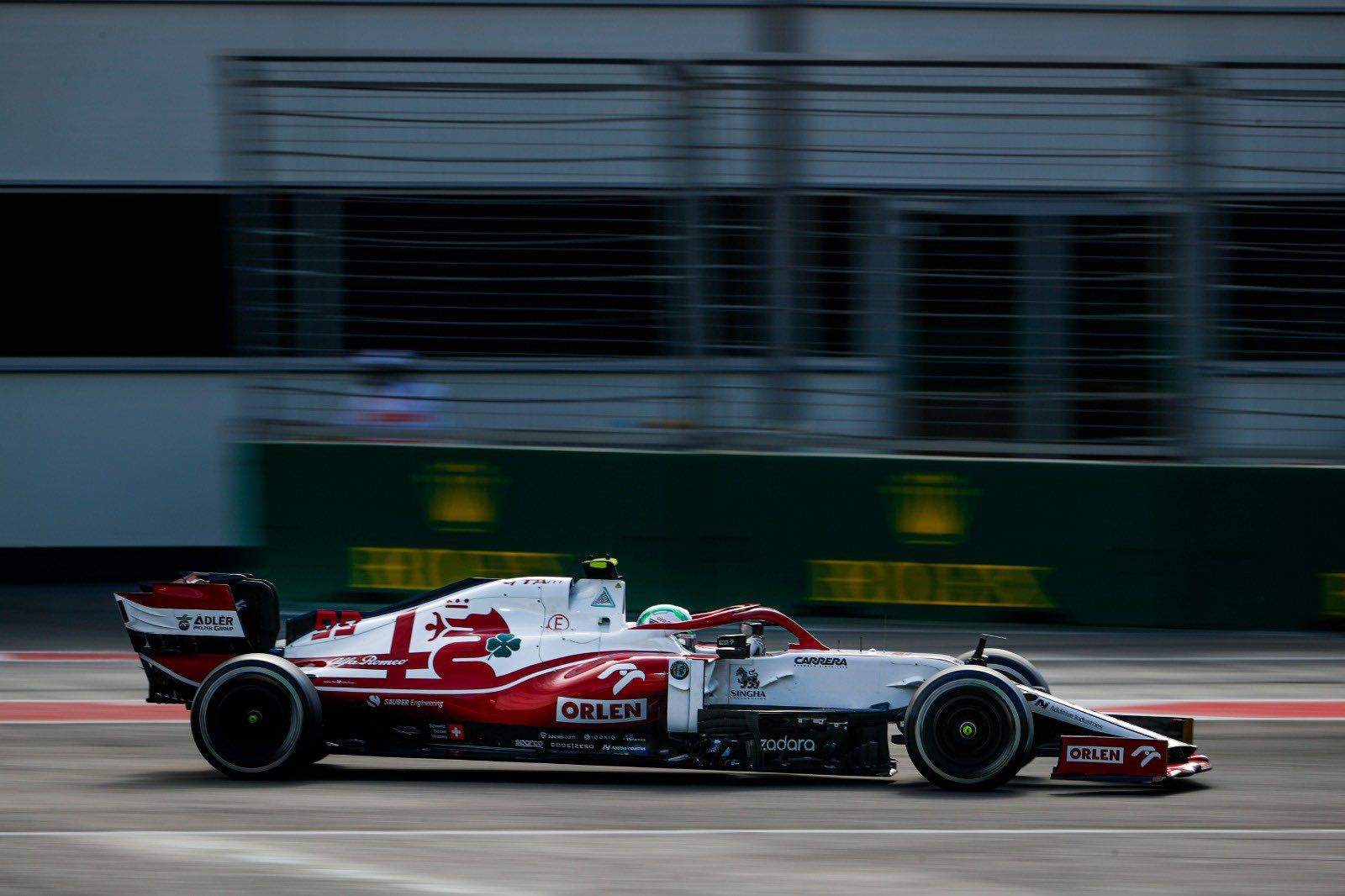 Frederic Vasseur praises the step up from Antonio Giovinazzi in F1 race management, along with the overall progress from Alfa Romeo.

With Stellantis and Sauber looking to renew their partnership along with the Ferrari’s support, Vasseur is happy with the progress made by the F1 team from 2020 to 2021. He is also pleased with the step up from Giovinazzi against Kimi Raikkonen.

Four to two in favor of Antonio Giovinazzi. This is the head-to-head result at Alfa Romeo after six F1 rounds, with Raikkonen out-qualifying his teammate only once in Baku, where the Italian crashed and could not set a lap time.

It is the opposite in the race, however, with Raikkonen finishing ahead of Giovinazzi, but bot have a point apiece. With the Finnish driver at the end of his career, and the Italian getting a chance at Alfa Romeo via Ferrari Driver Academy, things at Hinwil look bright.

And with the speculation of Stellantis willing to continue investing in Alfa Romeo, and may even end up extending their partnership with the Sauber team up to 2025, Vasseur can finally smile, as he sees the F1 team making a progress from 2020.

Two points in the constructors’ standing and the potential to do more thanks to the new Ferrari power unit. The team seems to be accustomed to entering Q2, and they are looking to keep improving. “It’s quite clear that we made a good step forward on the PU side and it’s the same for Ferrari, and for sure it’s helping a lot”, said Vasseur.

“On the global aero package we are still there. Last year we also had a decent level. We improved a lot during the season last year to finish always in the mid-group of Q2 at the last four or five events and we started from there. But with the support of the engine now we are almost always in Q2 and it’s a good step forward.”

While the exploits of Raikkonen is well known, Vasseur was pleased with the step up from Giovinazzi, as he reckons the Italian’s race management has seen larger improvement than qualifying. “He improved probably more in the race management than in the quali pace. That quali pace was already there in the second part of last season and now he’s also able to do a very good management during the race and to have strong race pace,” he said.

Here’s Antonio Giovinazzi hitting the back of Daniel Ricciardo