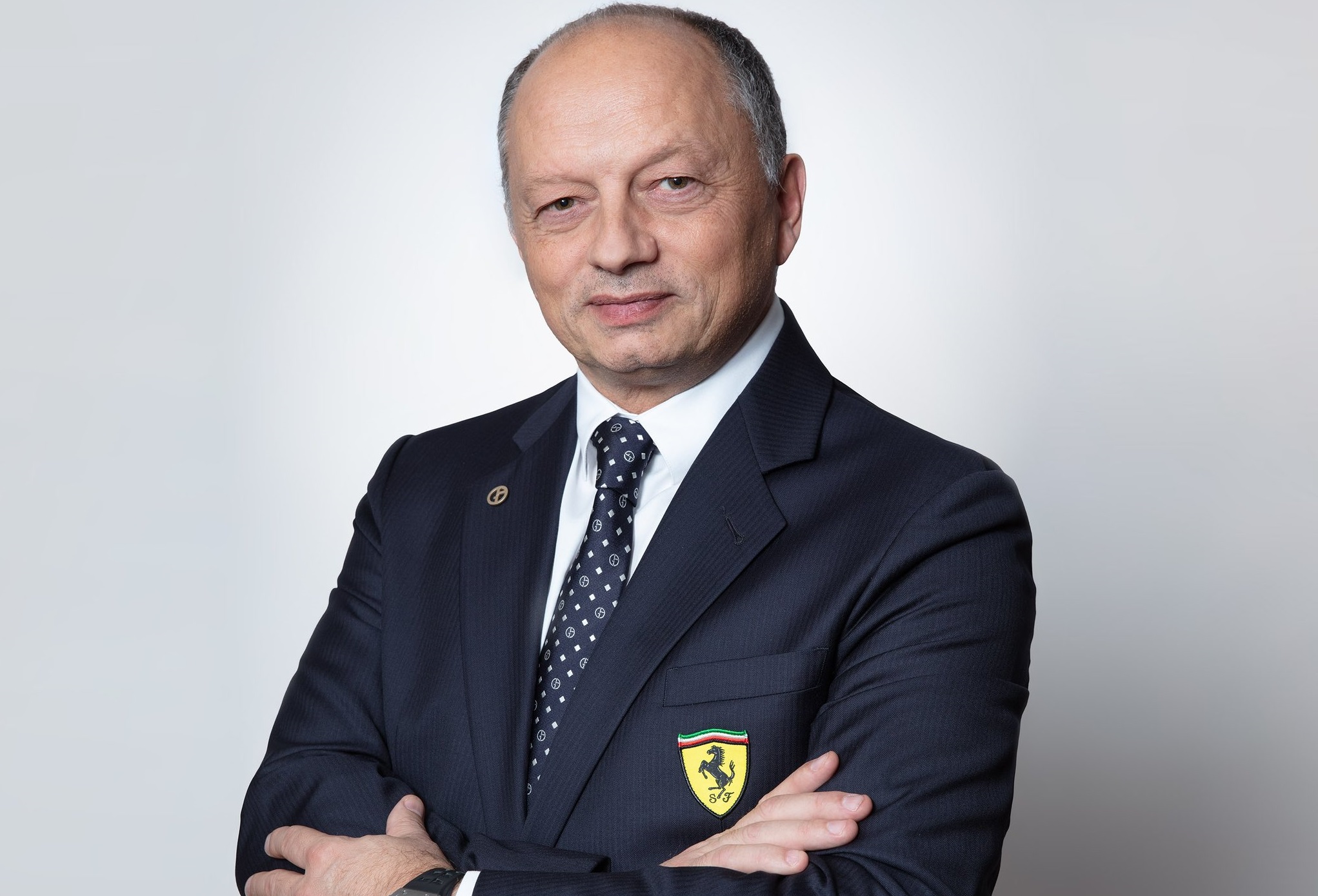 Frederic Vasseur has joined Ferrari as its new team boss after the departure from Alfa Romeo Sauber ahead of 2023 F1 season.

Amid strong speculations since the announcement of Mattia Binotto leaving Ferrari, Vasseur has been appointed as the new team principal and general manager of the Italian F1 team from 2023 onward after leaving his position at Alfa Romeo Sauber.

Vasseur moved to F1 with Renault after spending years in the feeder championship. It was a short stint with the French manufacturer after which he switched to Sauber with whom he has been there for the past six F1 seasons.

He was poised to continue especially with the announcement of Audi joining forces with Sauber. But after Binotto decided to leave his Ferrari role, Vasseur was readily approached and he seemingly did agree to join the team from 2023 onward.

His last work with Alfa Romeo is for December 31 of 2022 and he will join Ferrari from January 9 onward. As per Charles Leclerc – who will re-unite with Vasseur – former boss Binotto is still at Maranello working on the 2023 project.

“As I prepare to bring my adventure at Alfa Romeo F1 Team ORLEN to an end, I can look back fondly at these six years together,” said Vasseur. “I owe a debt of gratitude to every single employee of the team, as they are the ones who got this team back on their feet and climbing the ladder of our sport.

“I am proud of the job we collectively have done as a team and a company, and even more so of the strong foundations we have laid for what’s to come next: but what I am the proudest of is the people that made this all possible, which in time have become friends. This team will always feel like home and I’ll be rooting for it wherever I go.

“I have learnt so much during my stint as a CEO and Team Principal and I feel each day has equipped me for what is to come. I know Alfa Romeo F1 Team ORLEN will keep going from strength to strength and I’m looking forward to seeing them compete at the business end of the grid in the next few years.

“Looking at my future, I am truly delighted and honoured to take over the leadership of Scuderia Ferrari as Team Principal. As someone who has always held a lifelong passion for motorsport, Ferrari has always represented the very pinnacle of the racing world to me.

“I look forward to working with the talented and truly passionate team in Maranello to honour the history and heritage of the Scuderia and deliver for our Tifosi around the world,” summed up Vasseur, reflecting on time with Alfa Romeo and joining Ferrari.

Meanwhile, Ferrari CEO Benedetto Vigna added: “We are delighted to welcome Fred Vasseur to Ferrari as our Team Principal. Throughout his career he has successfully combined his technical strengths as a trained engineer with a consistent ability to bring out the best in his drivers and teams. This approach and his leadership are what we need to push Ferrari forward with renewed energy.”

And a parting message from Finn Rausing, Sauber Holding AG Chairman of the Board of Directors stated: “Frederic gave our team six years of inspiring leadership and hard work, helping rebuild our company and our team. He was able to encourage every one of us into giving our best and the increasingly good results we have enjoyed are testament to the quality of his performance at the helm of the team.

“He was the first to believe in our project and he leaves a team in a much stronger, healthier position than when he arrived, with a bright future ahead of us, which is all that could have been asked of him. I am sure I echo everyone in the team when I wish Fred every success in his future endeavours.”