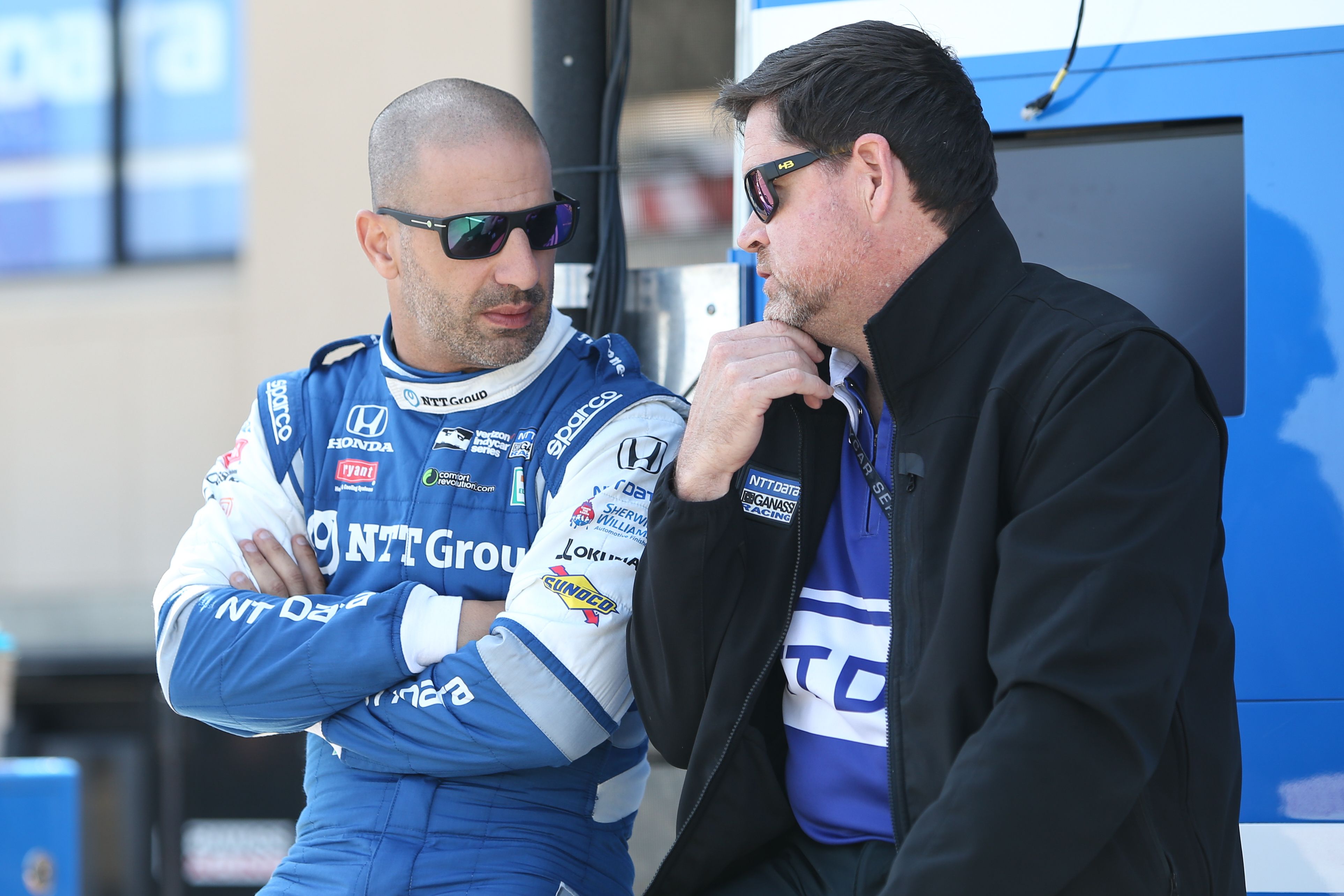 Indianapolis 500 champion Tony Kanaan, of Miami, Fla., will join AJ Foyt Racing to drive the No. 14 ABC Supply Chevrolet in the 2018 Verizon IndyCar Series team officials announced today.The pairing of a modern legend with a classic one is a first for AJ Foyt Racing which has never hired an existing Indy 500 champion for a full season drive other than A.J. Foyt, who owned the team when he won his third and fourth Indianapolis 500s.“We’ve talked to Tony for the last couple of years and I’m just glad we were able to put something together because I know he wants to win as bad as we do,” Foyt said. “I think he still has two or three good years in him. He’s always been a hard charger and I like somebody who wants to charge hard.”

Kanaan, who won the Indy 500 in 2013 and the Verizon IndyCar Series title in 2004, is enthused about the upcoming season with his new team.“I just thought it was a great opportunity for me to build something where we can make history, and for me that’s what racing’s all about,” said Kanaan, who signed a multi-year contract to drive for Foyt. “Yes it is about the wins, but it’s also about the people, the people that you’re associated with. We’re going to make some history.”AJ Foyt Racing’s marketing partner ABC Supply Co., Inc., whose contract with the team was up for renewal next year, has extended their contract with the team so it is now a multi-year deal.“We’re big fans of Tony and are excited to have him on our team,” said Keith Rozolis, the CEO and president of ABC Supply, which is America’s largest wholesale distributor of exterior building products. “We are looking forward to next season.”Coincidentally, 2018 will be season number 14 for ABC Supply as the team’s primary sponsor; the association is the longest-running one between team and sponsor in the Verizon IndyCar Series.Kanaan, who plans to spend most of his time in Indianapolis during the racing season, recognizes the challenges that lay ahead for him. “My biggest challenge will be getting to know everybody and really make everybody work for one goal which is go win the race. But at the same time, over the weekend we need to remember why we’re there, why we’re sacrificing everything we have to be there, and have some fun. That’s really important as well. And I can tell you when you’re not winning, you’re not having fun, so we’ve got to win.”Having celebrated his 20th season in IndyCar competition in 2017, the 42-year-old Brazilian brings a wealth of experience to the cockpit which is what Team President Larry Foyt was looking for, especially with the debut of the universal aero kit next season.“I’m thrilled to have Tony Kanaan joining the team,” Larry Foyt said. “We have known he would be a great fit for our team and our sponsors, and I’m glad the deal came together. Tony wants to win, and we want to win. I know he and I will be pushing each other to get the best results we can. With the new aero kit, I feel Tony’s experience in many different iterations of Indy cars will be a great asset as we prepare and test for the upcoming season.”With the hire of Kanaan, Foyt was able to engage Technical Director Eric Cowdin, whose resume includes stints with Chip Ganassi Racing, KV Racing Technology, Team Penske and Andretti-Green Racing. Cowdin has been teamed with Kanaan during the significant achievements in the Brazilian’s racing career including his Indy 500 victory, 2004 IndyCar title and 15 of his 17 victories. He will also serve as the race engineer of the No. 14 car.“I would like to thank A.J. and Larry for the opportunity to join the team,” said Cowdin, who earned his degrees in aerospace engineering at Embry-Riddle Aeronautical University (B.S. in 1991) and Virginia Tech (Masters in 1993). “I’m looking forward to continuing my long relationship with TK and reuniting with the folks at Chevy. We have a big challenge ahead of us with the new universal aero kit and I can’t wait to get started.”For the first time since 1966, the No. 14 car will be operated out of a location other than Texas as it will move to Foyt’s Indianapolis race shop. The No. 4 car will now be based in the Waller, Texas race shop. There has been no decision made on the driver of the No. 4 car.Kanaan, who has expressed his desire to drive for Indy’s first four-time champion in the past, concluded by saying, “As a driver, you want to be on a team that works around you, that will build the stuff around you and for you, but also, if I can have a person like A.J. to help me, even at this point of my career, it’s awesome. He’s a legend in many ways in my book.Ever the jokester, he added, “I’m 42 and I keep hearing that I’m getting old, but I know a guy who retired when he was 58! That gives me a lot of hope.”