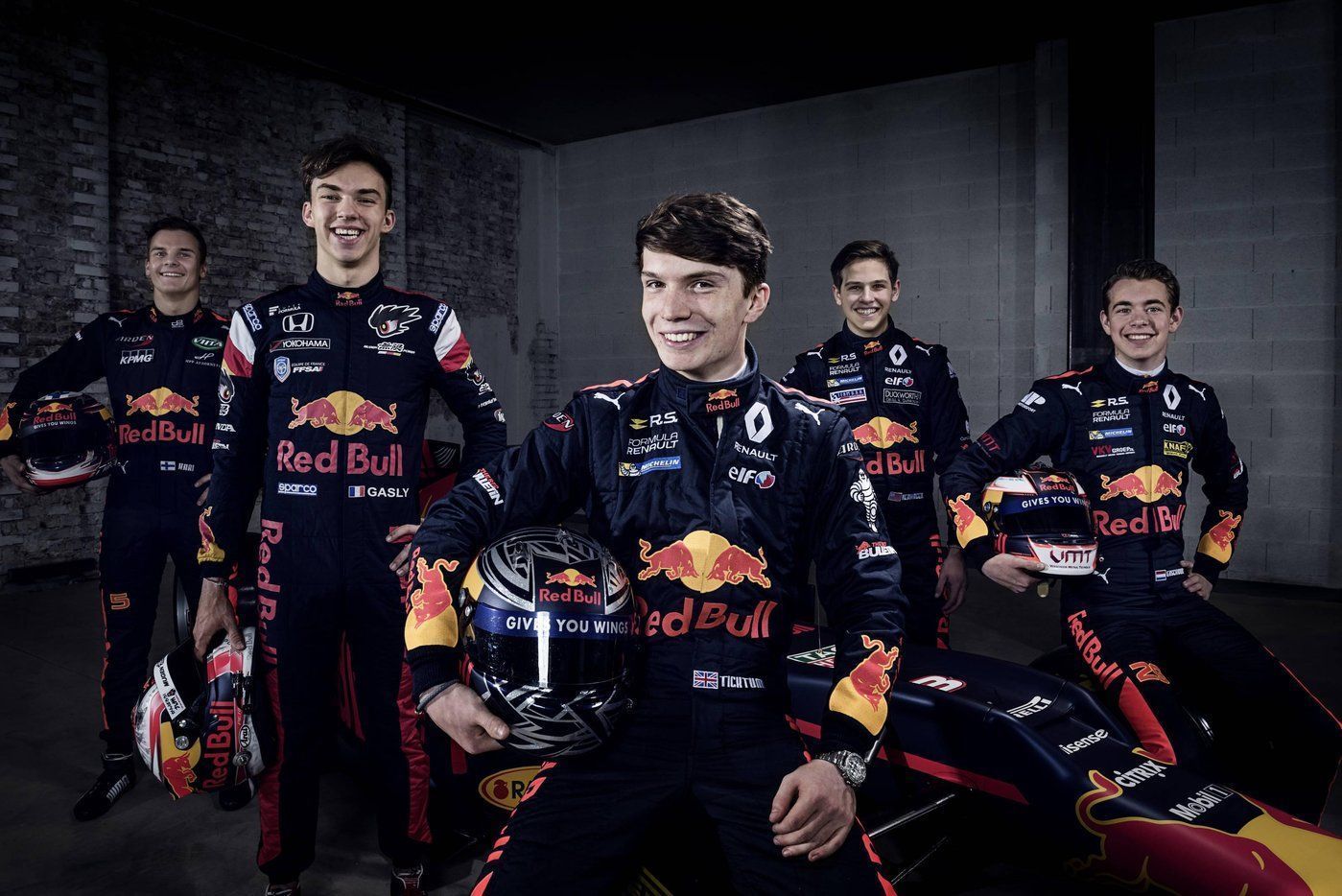 Since Max Verstappen and Carlos Sainz were promoted to Toro rosso there was an evidence that the drivers development program called Red Bull Junior Team should have a long term planification, because the only dirver with options that remained without a F1 seat was Pierre Gasly. Anyway, Red Bull found a fast solution to that problem. The frenchman saw how Carlos Sainz was moved from Toro Rosso to Renault so he could move to toro Rosso sin the last Malaysian GP in 2017.

Knowing that, and having Gasly in F1, the only thing they should do is restructure the younger drivers of the program. After leaving a disapointing Verschoor and Niko Kari, the Red Bull Junior Team remained only with Dan Ticktum who at the end of the season took the win on the prestigious F3 Macau GP, Neil Verhagen who also continues on the program and finally 4 drivers joined the team from karting: Jack Doohan, Dennis Hauger, Harry Thompson and Jonny Edgar.

But, what we must expect from this youngers in 2018? will someone of then arrive to F1? This and other questions hit my mind when I see REd Bull Junior drivers list. To be honest, I’m a bit confused about it. The first think i Though when I saw it when I saw the 2018 list was that Jack Doohan, son of the 500cc champion was that this guy was an image resource for the brand. Anyway, who knows, it’s a young guy, and he is doing a good job at the moment and he could progress in a good way. We must keep an eye on him.

All in all, it’s obvius that there have passed years from tou Young stars like Vettel, Sainz or Max Verstappen who was object of hard negociations from the 3 big teams from F1, so we mean Ferrari, Mercedes and Red Bull. Finally, the promising kid decided to go the the Milton Keynes based program because, thanks to Toro Rosso, they were the only one team that secured him a F1 seat in a short place period and that’s how Verstappen made his debut in F1 from European F3 and his teammate was a rising star like Carlos Sainz who took the championship of the Formula Renault 3.5 in 2014.

The big surprise from the Red Bull Junior Team is the addition of two drivers who will remain in karting. Without doubts that never happened before in a Young driver program. No one did it before until today and probably this will have a huge impact. We will have to keep an eye on this and see what this guys can do with Red Bull behind them and keep concentrated knowing they have someone like Helmut Marko looking at them carefully. Obviusly, they are title contender son their respective championship.

After that, it would be interesting what can do and what we must expect from drivers like Jack Doohan. Drivers that come from karting with good references – that’s why Red Bull wanted them – or Dennis Hauger. Both will race at the British F4 coming from karting were in 2017 Jamie Caroline won easily because of his great performance and, because of their rivals mistakes who made more easier the championship for the brit. But don’t be cheated. Formula 4 it’s not an easy championship and less in a country were rain could appear without any advice. They will have to show it’s truth performance.

It only remain to analise two of the proimises of Helmut Marko. First of all, the north american Neil Verhagen who made a good debut in Formula Renault 2.0 Eurocup last year and he will repeat, this time with Tech 1 and, this time, they will have to improve his results. Something like being on the title fight, if he can improve we will made a huge step forward.

On the other hand there is the big star of the program. The british driver Dan Ticktum who made his GP3 debut with DAMS in 2017 from the Monza weekend, were he could made a points finish in a really atipic weekend were they the organisation had to cancel the main race. The brit finished the season there and this year we can see him on the European F3 with team Motopark to try to impress his bosses and everyone seeing it. The talent is there but… He will achieve his goals? The truth is that the competence will be hard in one of the most prestigious promotion championships. This will be a huge test for Ticktum, also as it was last year in GP3.

Anyway, and knowing that some drivers are promising, teams must made some places for them in F1. On the big team, Red Bull Racing, we have Max Verstappen who renewed his contract, so it’s dificult that the dutch can leave the team earlier. On the oher side we found Daniel Ricciardo who faces an important year because he is searching a contract the secures that he can fight for the championship`on the next years, in what he defined as the most importants years of his career. So, it’s not imposible that the aussie could leave the team and the end of the season.

In Toro Rosso there are more options. Brendon Hartley who comes from the resistance, joined the team at late 2017 to replace Carlos Sainz. It’s an experimented driver that probably will not be too longo n the italian team. Pierre Gasly is the younger of the team, who replaced a frustrated Daniil Kvyat. His future will dependo f what happens with Ricciardo and… Carlos Sainz! The spaniard it’s linked already with Red Bull despite he will spend one year with Renault, because he is in a cession, so Helmut Marko will have the last Word on the spaniard.

And That’s the plannig of the Red Bull Junior team for this 2018. We wil have to keep an eye on multiple championships. Do you trhink that their drivers will suceed? 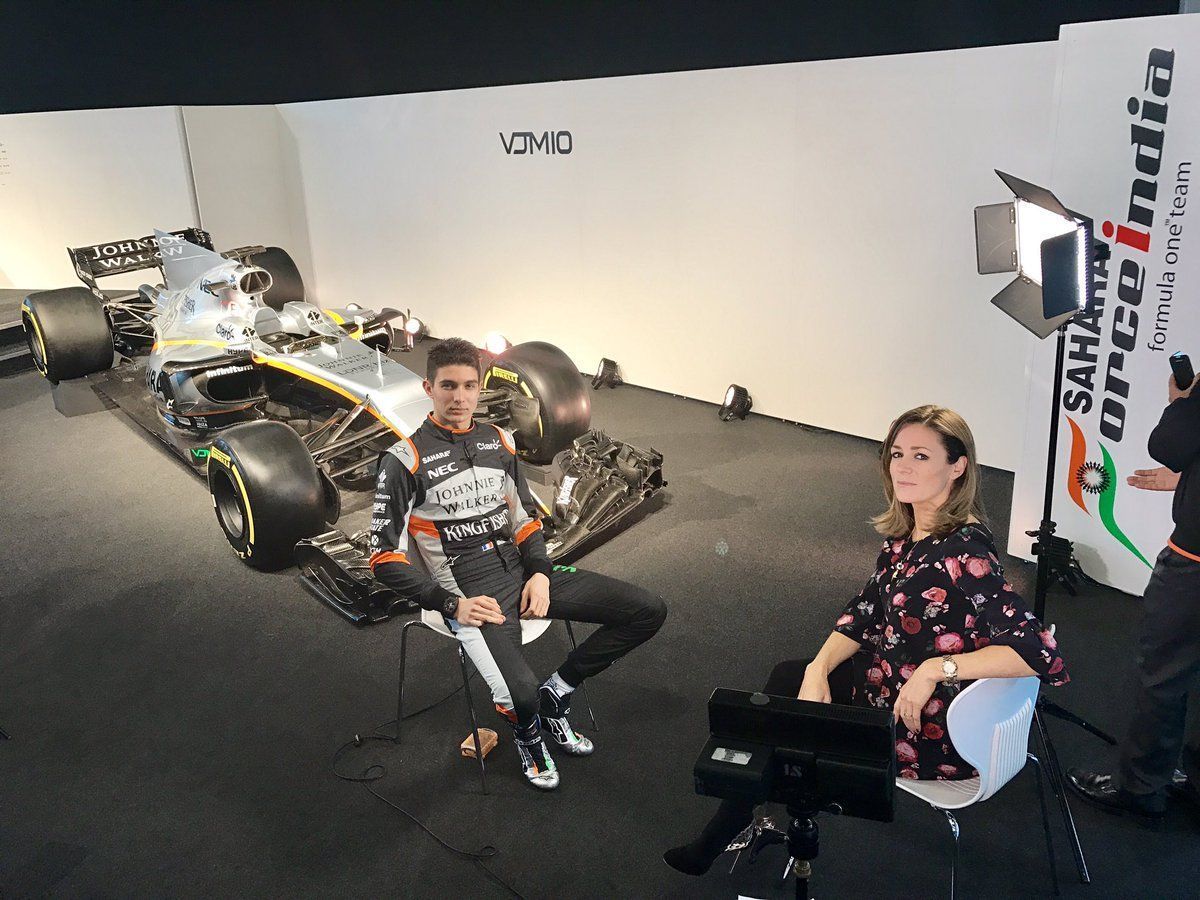