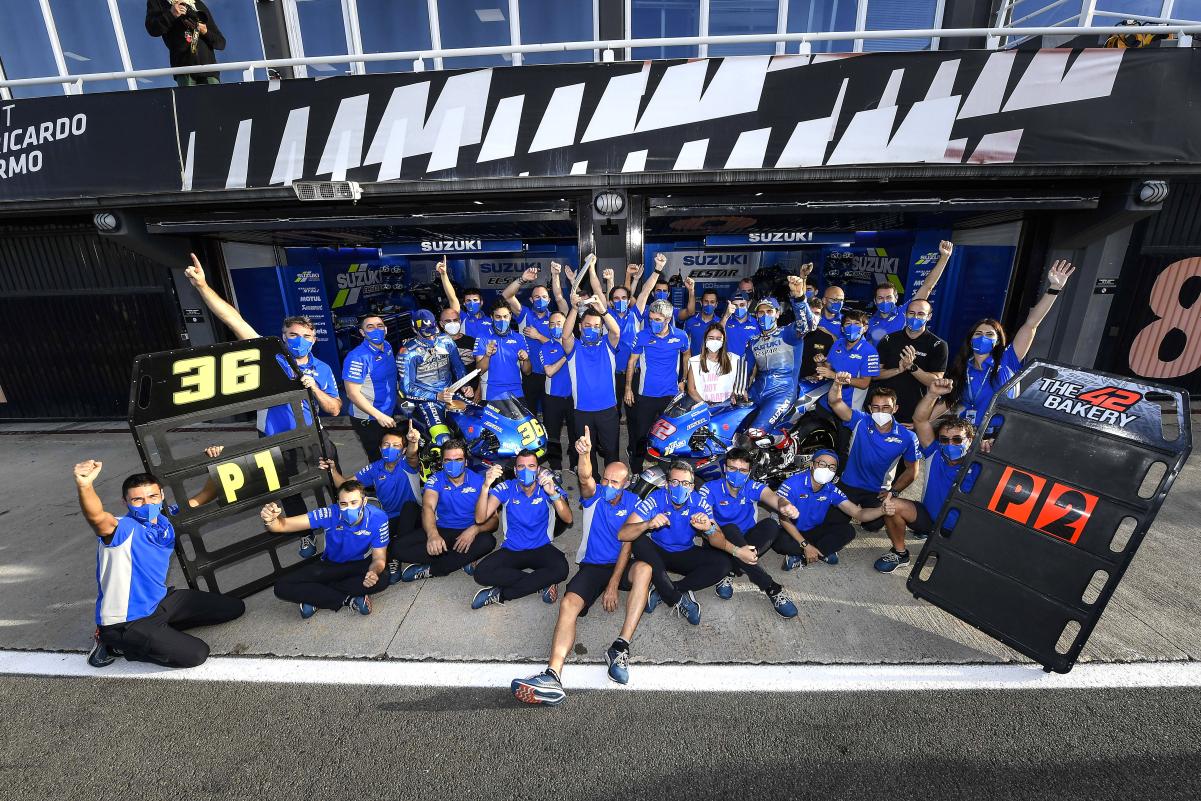 Ever since the surprising departure of Brivio from Suzuki and MotoGP, the Japanese manufacturer has been working hard to fill-in for the space left by him. For now, they have divided his work within the factory, which shows stableness at the time being.

However, Sahara is not sure if the calmness will remain once the MotoGP season gets going. And so, he feels that the current formula of having multiple people taking part of Brivio’s work could be taken as a short-term solution by Suzuki.

“The Team Manager job is not simple,” said Sahara to media including MotoGP.com. “There are various kinds of jobs Davide was doing as Team Manager. I don’t know what the biggest thing is that we will miss. For the moment, I can’t imagine it as we have many skilled people on the team and those guys can compensate his departure.

“We have already started the new committee and it has worked very well so far and everything is under control. I think the team is united more than before as Davide heard all the opinions and suggestions from those guys and gathered the info and data and forwarded them to me or the proper person and would filter them, but now we are doing more direct communication, for that reason I feel we are united more than before.

“We are trying to overcome a difficult situation together. I don’t know who will become Team Manager in the future but for everyone, it is a good chance to learn what the job is through the committee. I think those guys are very high skilled, so it won’t be any wonder that someone will get a promotion in the future, but not me. The committee must be flexible, so from that point, you could say temporary, but at the moment I am happy.

“In the future, I don’t know, we will see what happen. We haven’t had a single race with this committee system so we will see and if necessary, we will choose someone from the outside, but I can’t imagine who that would be or if it is necessary or not. The best situation is I could promote someone from within the team, for me it is ideal. We will see during the season,” summed up Sahara.

While the dividing work continues, Suzuki also has to look at retaining the titles it won in 2020. The aim is the same in 2021 as per Sahara, as the fight between its riders – Joan Mir and Alex Rins – is to intensify further going forward.

While the work continues behind the scene regarding 2021, one thing has slowed down after Brivio left the team. It is no surprise that Suzuki has been actively looking for a satellite partnership to help in the development of the GSX-RR but things seems to have toned down a bit.

“For the satellite team, Davide spoke with several teams about joining Suzuki,” said Sahara. “I have been involved also but Davide’s leaving has made me busier. Of course, half of building a satellite team is at the track, speaking with teams, and the other half is speaking with the factory.

“Anyways, I have to manage the things, I haven’t given up, but Davide’s departure makes the situation difficult, it has made me busier but I will continue. It is progressing slowly, but step by step,” summed up Sahara.

Here’s Davide Brivio on how his Suzuki role happened