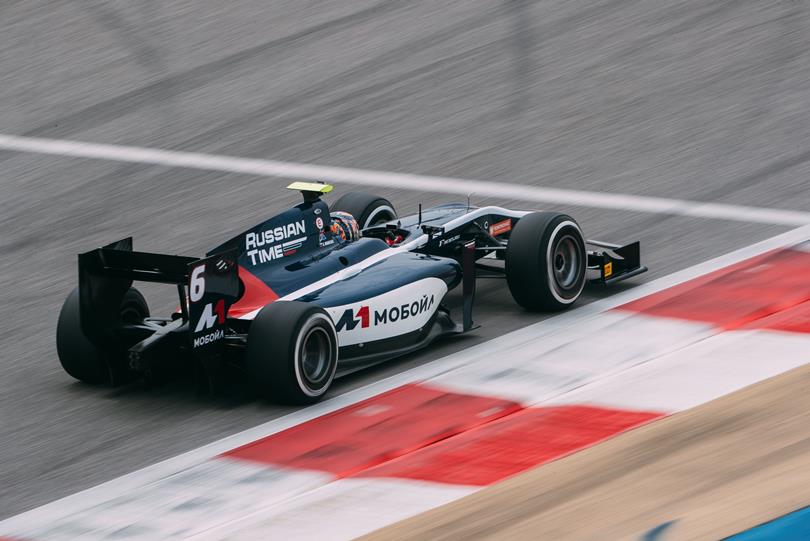 Artem Markelov got a wonderful win at the Bahrain International Circuit after starting P7 and saving his tyres for an excellent last stint. Norman Nato and Charles Leclerc completed the podium.

Nato and Markelov had a great start and went up to 2nd and 3rd behind Leclerc after the first lap, while De Vries lost 2 places and was 4th. Nato overtook Leclerc in lap 3 for the lead of the race. Behind them, Markelov, De Vries, Matsushita, Ghiotto, King, Cecotto, Rowland and Fuoco completed top 10.

When tyre degradation started being critical, Leclerc got back 1st place four laps later, while Matsushita lost position with Ghiotto, King and Rowland. Rowland overtook King for 6th, while Latifi broke the front wing after making contact with the back of Albon‘s car. Markelov finally managed to overtake Nato 7 laps later. Albon overtook Cecotto and Matsushita for P8, and later Cecotto overtook Matsushita. Meanwhile, Nato pitted and Leclerc did the same one lap later. Leclerc came out right ahead, but lost position a few corners later. Markelov changed tyres one lap later.

After all the pit stops, Nato was on top ahead of Leclerc, Markelov, De Vries, Ghiotto, Rowland, King, Coletti, Albon and Matsushita. Rowland overtook Ghiotto right after their pit stop, while Coletti, who had pitted very early, lost a lot of positions. De Vries lost P4 with Rowland and one lap later he was overtaken by King and Ghiotto.

Thanks to an excellent tyres management with the soft compound, Markelov turned a 10 second gap into victory in just a few laps, overtaking Leclerc and Nato easily. King finally overtook Rowland for P4, after starting P9 and P8 respectively. Albon, Ghiotto, De Vries (who will start on pole tomorrow), Matsushita and Fuoco completed the top 10.