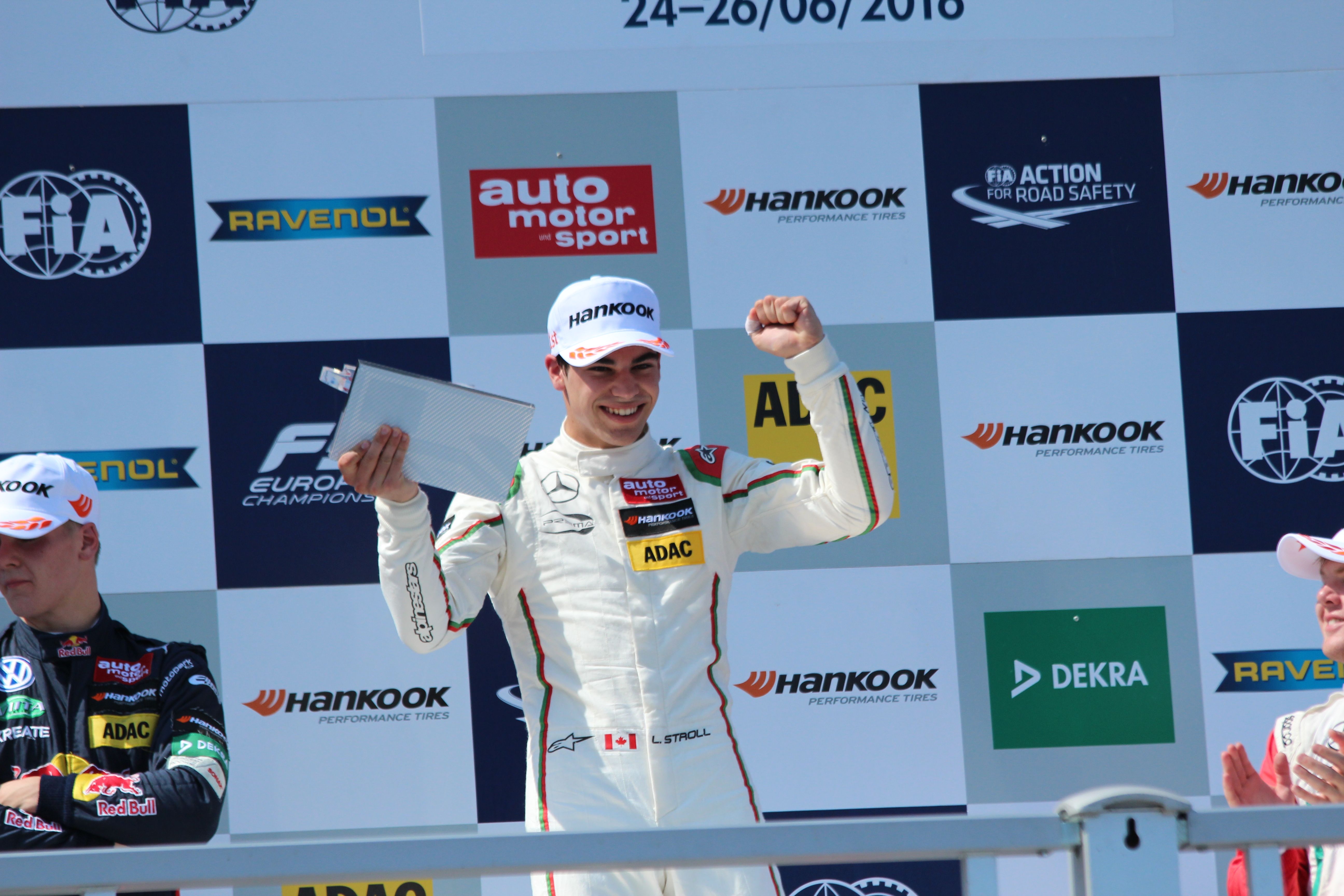 After losing first place in the early stages of the race, Lance Stroll took his third win in a row in FIA F3 at Norisring. Niko Kari and Nick Cassidy joined him on the podium while other podium contenders such as Joel Eriksson, Callum Ilott or Sergio Sette Camara retired during the race.

Lance Stroll started on pole position. Qualified second, Callum Ilott served one of his three penalties of the week-end after an engine change and will start P12. Motopark rookies Joel Eriksson and Guan Yu Zhou benefitted from this penalty and will start P2 and P3. When the lights were off,Stroll could make a good start, more struggle for Zhou although. Great start from Sergio Sette Camara as well, up to P4. No incident was to be reported at lap 1. Stroll kept the lead despite the pressure Eriksson put on him. Eriksson, after twenty seconds wheel to wheel with Stroll managed to overtake him for the lead at lap 3.

Down in the order, Ilott managed to overtake Russel for P6 and Zhou for P5 in the same lap. Camara overtook Cassidy and Ilott took the opportunity to overtake the New-Zelander as well. Ilott could overtake Cassidy for a podium position within only nine minutes of racing whilst he started from P12. Meanwhile, Maximilian Günther pitted after a contact with the wall which damaged his front wing. Red Bull young drivers fought for P4 down the order as Camara was under pressure from Kari.

While he was closing up to Stroll, Ilott carried up too much speed on his overtaking attempt at the hairpin, he lost the grip on the rear and hit Eriksson’s car. Ilott retired while Eriksson pitted after a puncture and damaged his wheel rim before retiring. The safety car went out to retrieve Ilott’s car. At the restart, Stroll could get away from Kari but Camara behind him tried to defend from Zhou and hit him, deploying the safety car again. Under safety car, Stroll led the race from Kari and Russell. At the restart, there was between Pedro Piquet and Harrison Newey, damaging Newey’s wheel. From seventh to thirteenth, all drivers were packed and offered some overtakings at every corner. Ben Barnicoat was the one who made the most of it, from P16 on the grid to P6 with one minute left to go.

Lance Stroll took his fourth win of the season ahead of Niko Kari who took rookie win, Nick Cassidy made the most of this race and finished third. Russell, Aron, Barnicoat, Jensen, Hubert, Piquet and Beckmann complete the top 10 while only thirteen cars made it to the chequered flag. With Ilott and Günther not scoring any point, Stroll extended his championship lead to 63 points to Ilott.