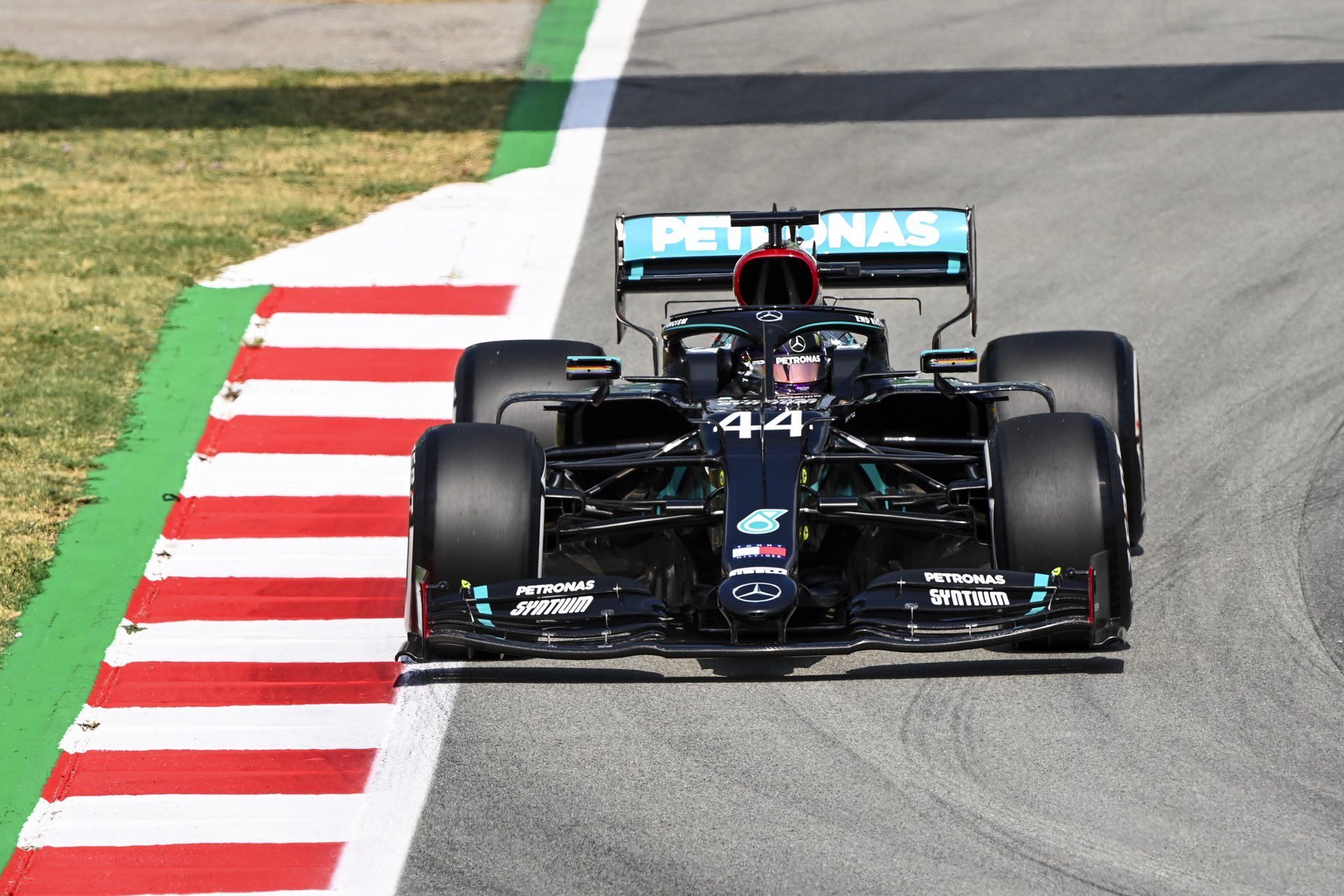 Renault managed to get the front-end fixed for Esteban Ocon after his FP3 shunt, for which neither him nor Haas’ Kevin Magnussen, were penalised. The Dane, though, was once again under investigation for Turn 2 incident with Williams’ Nicholas Latifi.

Teammate Latifi (1m18.532s) was 19th with Alfa Romeo’s Antonio Giovinazzi (1m18.697s) 20th after his excursion over the final corner kerb. Replays showed heavy traffic in the final few corners for track position which may have caught out some F1 drivers.

The second part in F1 Spanish GP saw no strategy gamble with everyone using the soft compound rather than trying the medium. Mercedes’ Hamilton led the way from Bottas with Red Bull’s Verstappen rounding out the Top 3 in a secured position.

The fight for F1 Spanish GP pole had Mercedes’ Hamilton taking provisional top spot with a 1m15.584s lap, which was just 0.059s quicker than Bottas as Red Bull’s Verstappen steadied in third ahead of the two Racing Point drivers.

There were no improvements as Hamilton took pole in F1 Spanish GP from Bottas (1m15.643s) with Verstappen (1m16.292s) in third. The Finn was up in the second sector but he made no improvements in the final one to miss on the top spot.