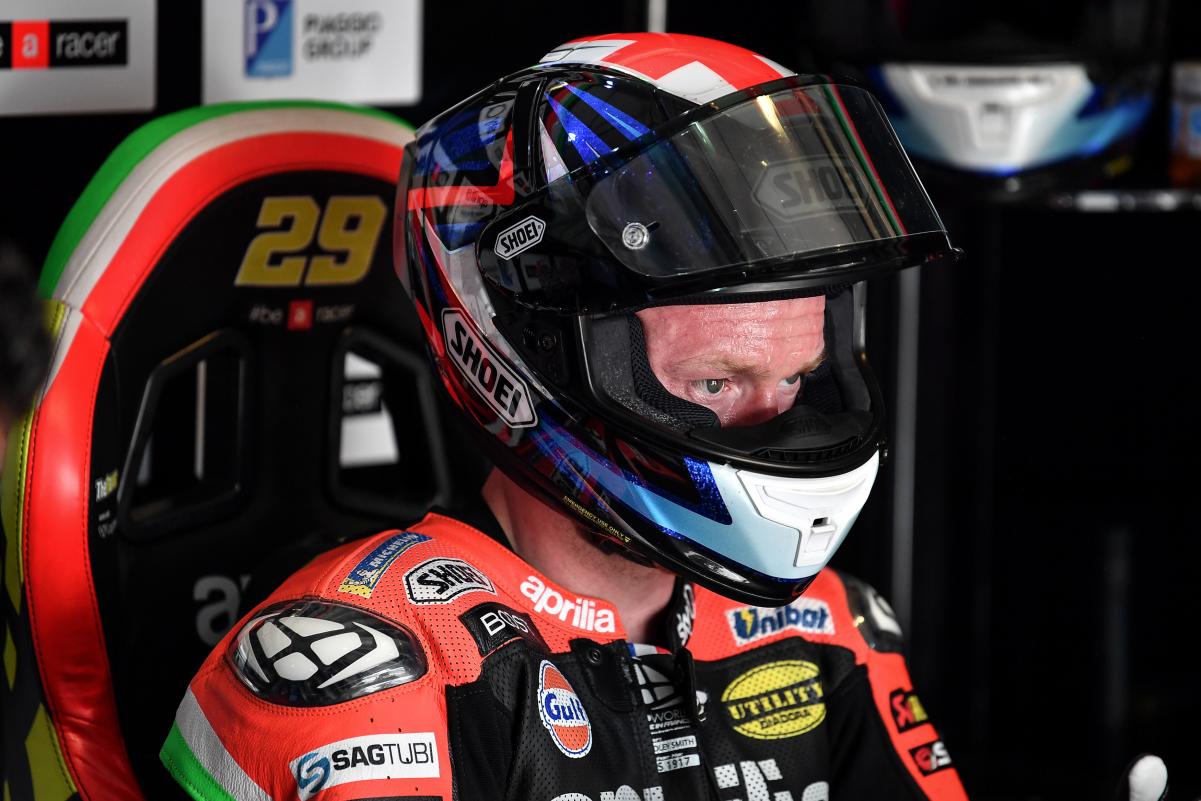 Smith will partner Aleix Espargaro for the two rounds in Jerez on July 17-19 and July 24-26 as confirmed by Aprilia. He will replace Iannone, who is yet to be cleared after having been banned for 18 months by the FIM and WADA due to dope failure.

Iannone has challenged against the decision which remains to be heard, while WADA have pressed for a four years ban in the International Court. The Italian has been active on his Instagram and was recently seen karting at South Grada in Italy.

Smith, meanwhile, gets a chance to race in MotoGP after his last competitive outing in Argentina in 2019 as a wildcard for Aprilia. Aside the premier class, the Brit also competes in the electric MotoE series, where he finished second last year.

Ever since the ban on Iannone, Smith has been testing widely alongside Espargaro. Aprilia tested Lorenzo Savadori as well ahead of the original start of the 2020 MotoGP season but the Brit was in the firm position to fill in for the Italian.

It remains to be seen if Iannone gets a reprieve at all or if Smith will have to continue. Aprilia had recently re-signed Espargaro for two more MotoGP seasons but reports has linked the second seat with multiple riders including Danilo Petrucci.

The Italian is most likely to lose his Ducati seat after it announced Jack Miller as its factory rider. Andrea Dovizioso might just stay back with Petrucci also linked with a KTM move, where Pol Espargaro is speculated to leave to join Honda in place of Alex Marquez.

Here’s the last from Andrea Iannone