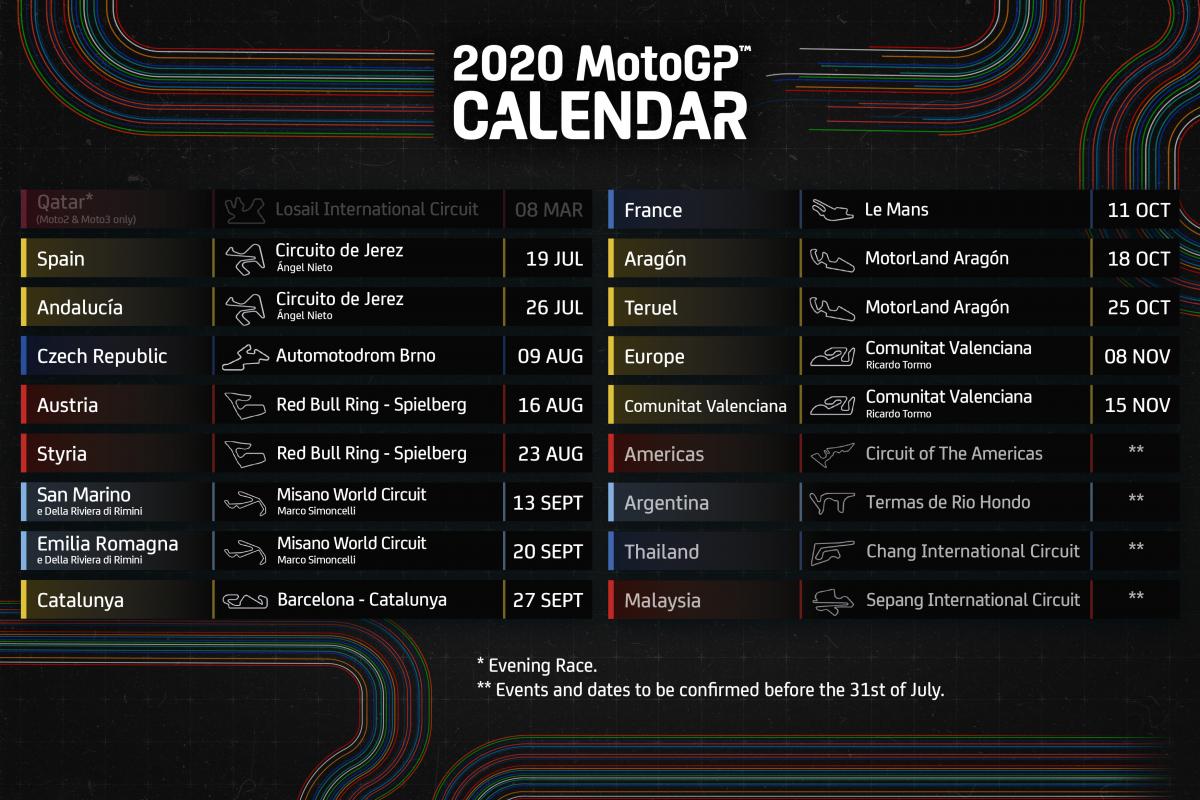 The FIM has released a 13-round MotoGP calendar for 2020 season as it is scheduled to start at Jerez with European races fixed.

As expected, MotoGP is to kick-off the 2020 season at Jerez in Spain, with two rounds taking place on July 17-19 and July 24-26 weekends. With a week off, it will then move to Czech Republic at Brno for its third round during August 7-9 weekend.

It will be followed another two weekends of racing at the same venue with Austria’s Red Bull Ring hosting two more rounds during August 14-16 and August 21-23 weekends. Following a week’s gap, they will have another double header at Misano.

The San Marino circuit will host MotoGP rounds during September 4-6 and September 11-23 weekends. There will be another break, which will be followed by two rounds at Aragon in Spain during September 25-27 and October 2-4 weekends.

The French MotoGP event at Le Mans will follow next during October 9-11 weekend with Barcelona in Spain hosting the 11th MotoGP round on October 23-25 weekend, as Valencia in Spain will see two rounds during November 6-8 and November 13-15 weekends.

The second MotoGP rounds of every venue will be named differently as Jerez’s second event is termed under Andalucia, Austria’s second is Styria, San Marino’s Emilia Romagna, Aragon’s Teruel and Valencia as Europe.

The races will take place under strict protocol with limited number of personnel and no fans. The FIM has left it open for MotoGP races in USA, Argentina, Thailand and Malaysia but has added that the calendar won’t go beyond December 13 date and or 17 races.