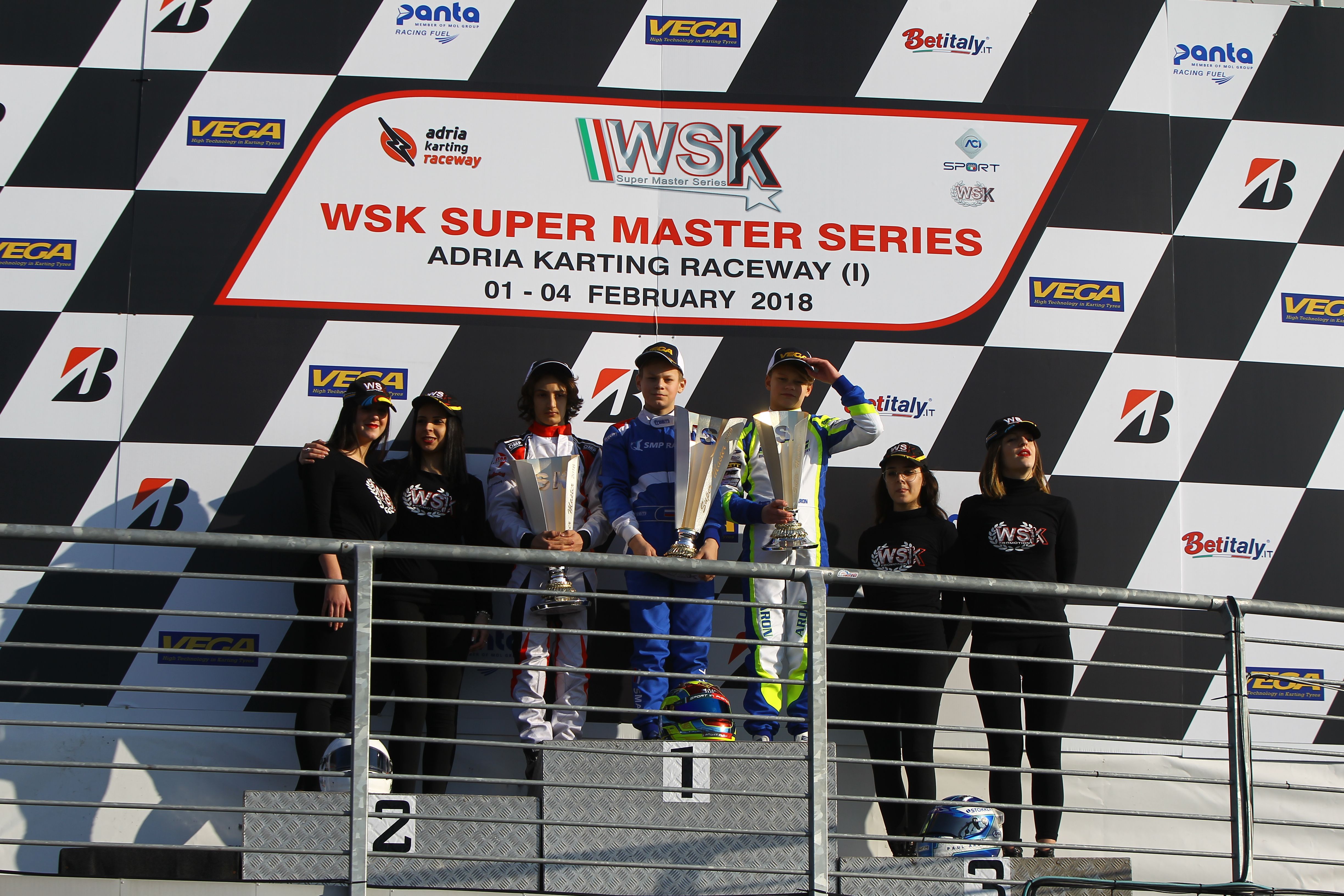 OKJ class has been the WSK category with more incidents today, especially from those who were fighting for the victory. Kirill Smal, the Russian driver from Ward Racing took the victory after beating Gabriele Mini with an overtake to the limit on the last lap of the first round of WSK Super Master at Adria International Circuit (Italy).

The start of the race has been ideal for Smal, who kept the lead from Pole position. British KR driver Taylor Barnard has moved to second place passing Mini. Bortoleto, on the other hand, reached fourth place ahead of Luca Griggs.

Earlier into the race, Smal and Barnard opened a gap while Bortoleto passed Mini for third place. Sullivan and Aron moved up to fifth and sixth place, respectively, after passing Griggs, who was losing pace.

On lap three, Bortoleto and Mini had caught the leaders. After that, Mini passed the Brazilian driver aiming for the lead of the race. Aron, in fifth place, shown that he also wanted to fight for the win and set the fastest lap.

Moving into sixth lap, Barnard and Smal had overtaken each other in numerous times until Mini arrived. The Italian driver had left Taylor behind and passed the Russian driver with an incredible move. Behind them, Aron managed to improve to second place, but was soon dropped again to fifth after making contact with Mini and Barnard.

On the next few laps, Smal was putting the pressure on Mini for first place until the last lap. Aron, who had made his way back to the lead after contacts, passed Bortoleto for fourth position.

On the last lap, almost on the last corner, Smal dived into Mini on an action to the limit that has left Mini off track for a few seconds after a side by side collision between the two karts. The Russian driver crossed the line in first place, followed by Barnard (who has been demoted to fourth place due to a 3-second penalty for having a ponton in the wrong place), Mini finished in third place, Aron, who won last weekend in WSK Champions Cup was fourth; and Bortoleto fifth.