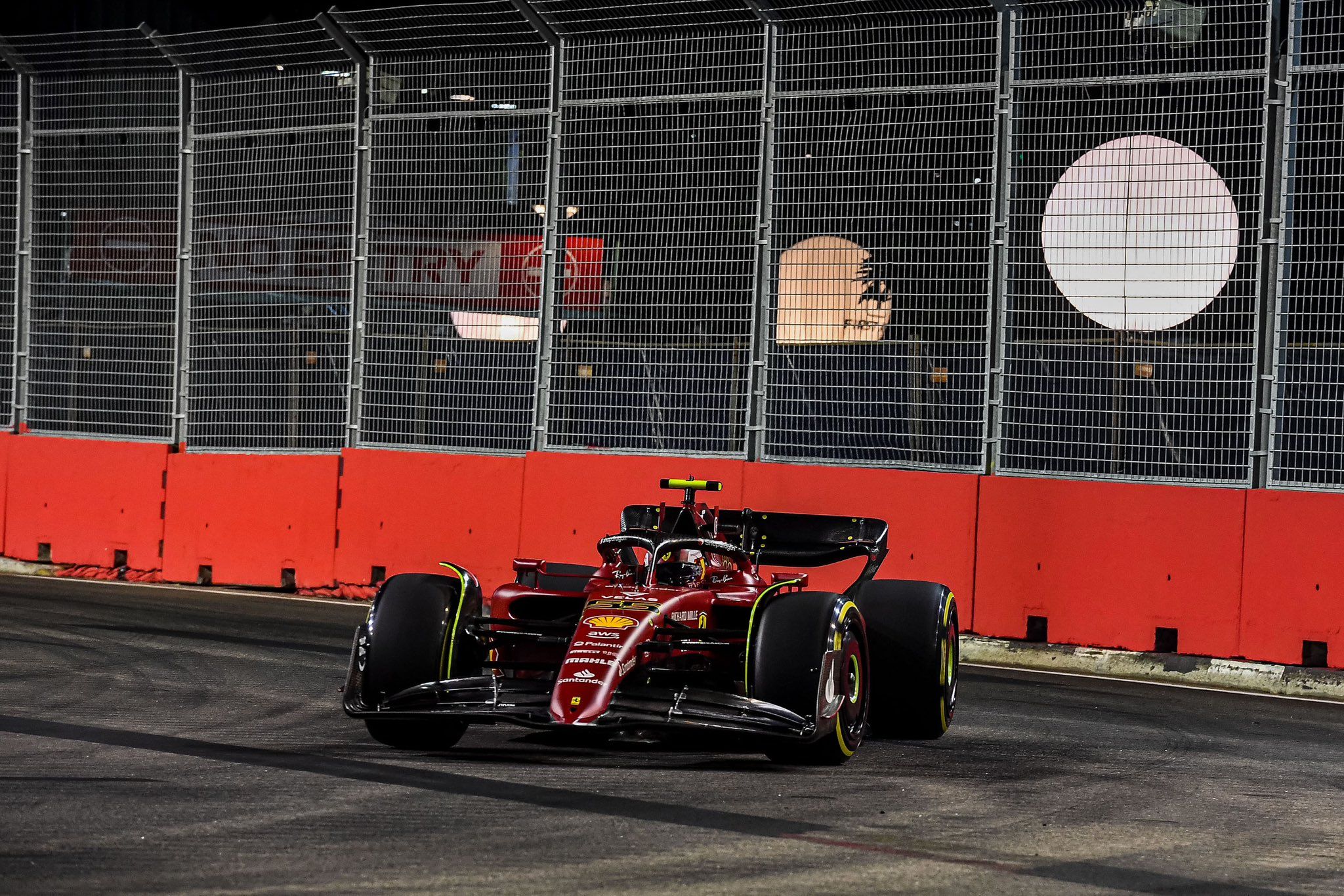 Ferrari pair led the way in FP2 of F1 Singapore GP with Carlos Sainz ahead of Charles Leclerc, as George Russell was third.

All three barely escaped a touch from the wall, much like Ferrari’s Carlos Sainz and Red Bull’s Sergio Perez. Even Mercedes pair of Lewis Hamilton and George Russell had separate moments, while Gasly’s side of the airbox caught fire when he pitted.

The Frenchman jumped off the car immediately as the mechanics quickly doused it. He managed to do more laps post that but teammate Yuki Tsunoda’s session ended early due to a suspected engine issue, as the Ferrari pair led the way at the front.

The Dutchman did a very late quick lap but only managed fourth to be ahead of Mercedes’ Hamilton (1m43.182s). Alpine’s Esteban Ocon had a solid lap to be sixth with Fernando Alonso (1m43.520s) in eighth behind Alfa Romeo’s Bottas (1m43.431s).

Red Bull’s Perez (1m43.906s) was ninth from Aston Martin’s Lance Stroll (1m43.982s) in the Top 10, with McLaren’s Lando Norris only 11th. The other Aston Martin of Vettel was right behind in 12th from leading Haas and AlphaTauri of Kevin Magnussen and Gasly.

Here’s how FP1 in F1 Singapore GP panned out